It has been a full week since the liberal broadcasts networks of ABC, CBS, and, NBC began their full-court press against President Trump’s zero-tolerance immigration policy being implemented on the U.S.-Mexico border. On Tuesday, the trio added an additional 82 minutes between their morning and evening broadcasts.

Over the last seven days (June 13 through June 19), the networks have unleashed a deluge of reports featuring over-the-top grandstanding and virtue signaling totaling 258 minutes, or more than four hours.

Updating the Media Research Center’s previous findings per network, NBC has now claimed the top spot, with a total of 102 minutes. CBS fell to second place with 100 minutes, and ABC continued to bring up the rear with 56 minutes. 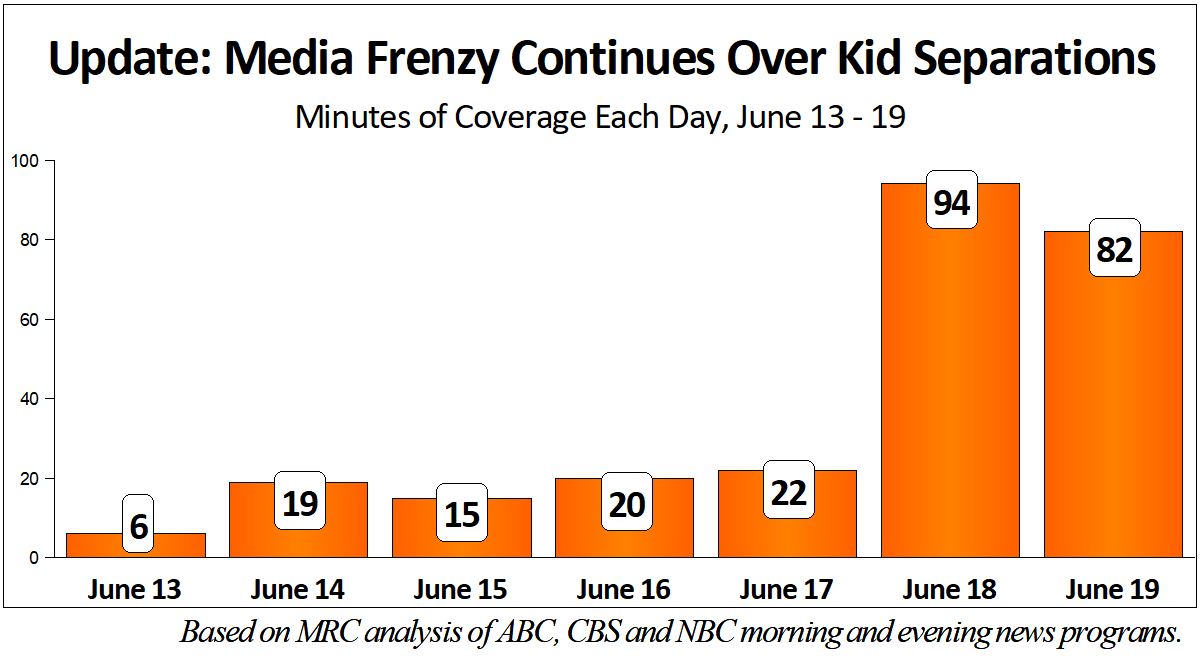 NBC has taken the lead in the total time allotted to the controversial policy, and they are also arguably the top dog when it comes to using the most hyperbolic and emotionally-charged language. They even ran a segment on Tuesday’s NBC Nightly News demonizing people who supported the policy, and suggested the administration was creating “orphan immigrant” children.

“And amid the growing outcry there is also notable support for separating families, especially among Republicans, according to recent polls,” announced NBC anchor, Lester Holt.

Despite the fact the ranchers he was talking with said they provided water stations and emergency beacons for the illegals who crossed their property, to save lives, NBC reporter Kerry Sanders grilled them on how the audio of crying babies at the detention center made them feel: “How do you feel about when you hear those sounds of the children crying that they want their mothers, their fathers and you know how this has families apart?” 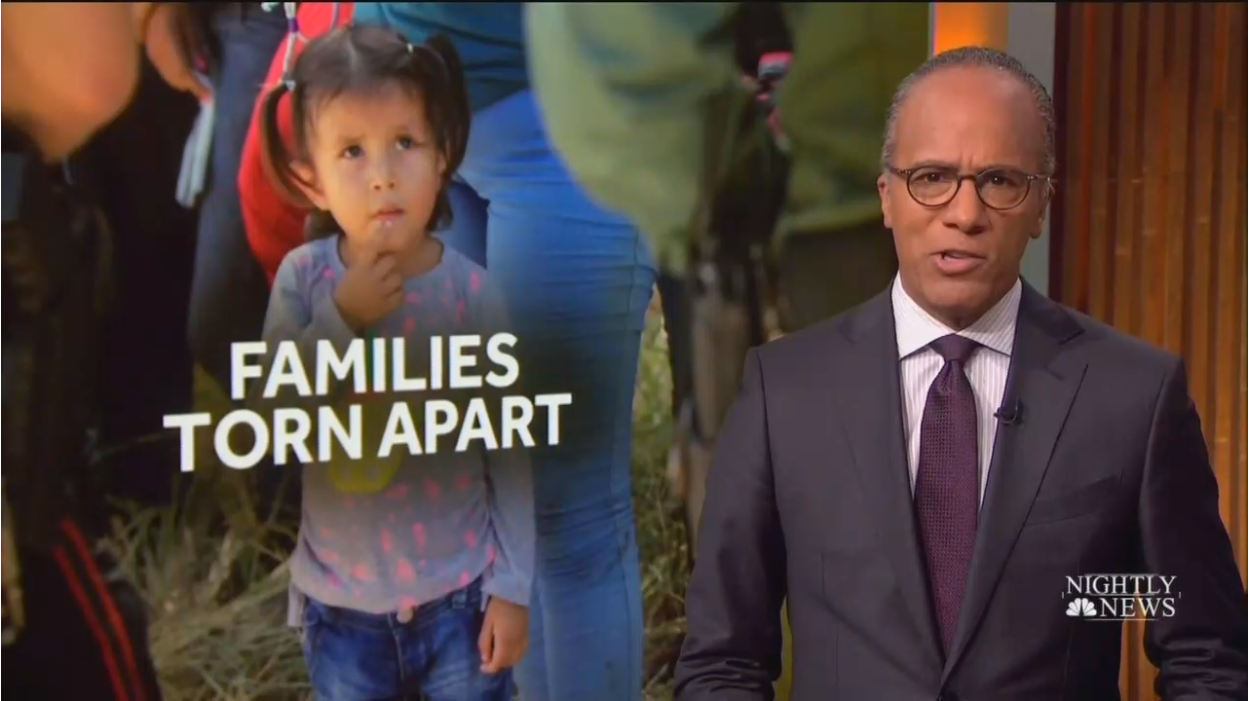 On Tuesday’s Today, NBC joined the CNN and MSNBC bandwagon and seized onto tasteless comparisons of the detention centers to Nazi concentration camps.

During Tuesday’s CBS This Morning, co-host Gayle King harangued a Mexican-American who was against the idea of open borders and was concerned for jobs. “This is bigger, though, than opening up the borderers. This is about children being separated from their parents. What do you say to that,” she shot back at him. This came a day after King suggested “the Statue of Liberty weeps” because of Trump’s “child abuse.”

When the networks began their reporting about Trump’s zero-tolerance policy on June 13, ABC and NBC ignored a report of a Border Patrol agent who was ambushed, shot multiple times, and had to field dress his own wounds. Instead, the gushed about a raccoon that climbed a building. To add insult to injury, on Monday, Holt seriously asked a Border Patrol agent if he felt “like the bad guy.”

Thanks to NewsBusters’ Kyle Drennen, Scott Whitlock, Kristine Marsh, Geoffrey Dickens, and Bill D’Agostino for contributing to this study.