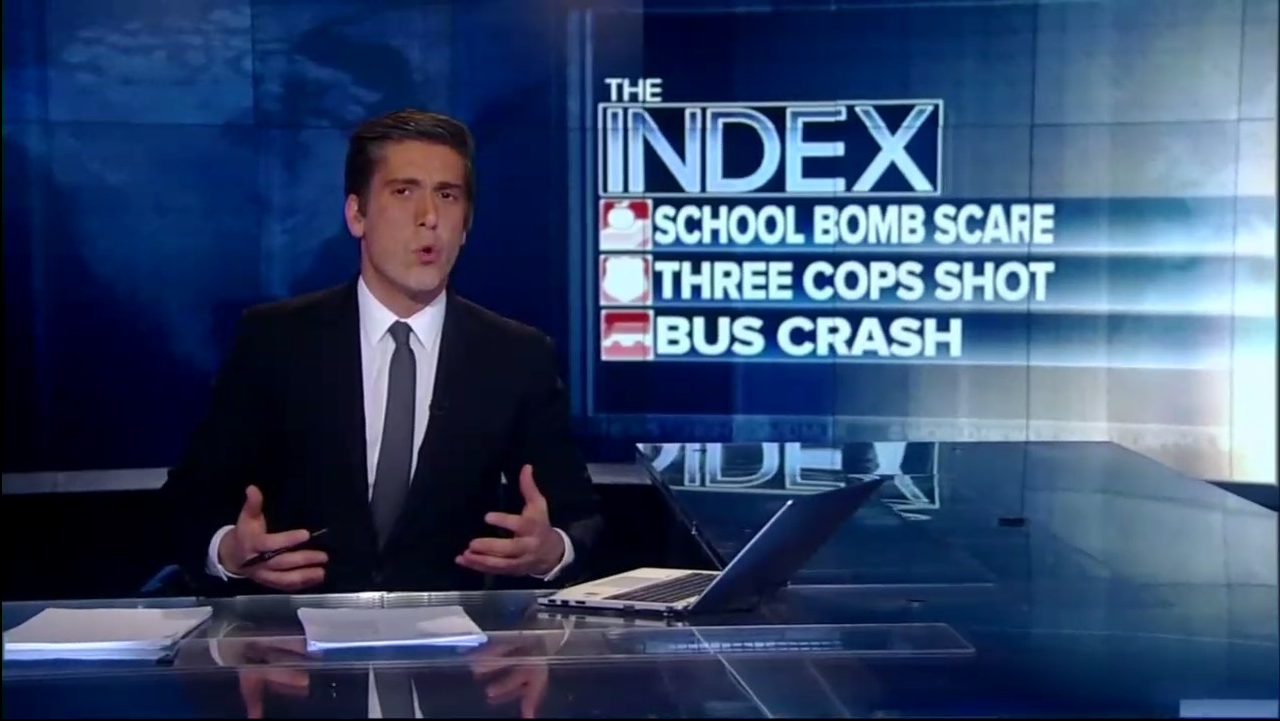 In the wake of any school shooting, the liberal media trip over themselves in a mad dash to cram their gun control agenda down America’s throat. Damn be the facts as they glorify those who push gun control and ignore anything that doesn’t fit the agenda. While major liberal network news outlets (ABC, CBS, and NBC) had hyperventilated about AR-15’s on their morning and evening shows, they either ignored or downplayed a recent failed bombing at a Utah high school by a student drawn to ISIS.

According to an Associated Press report that NBC republished online, a student at Pine View High School in St. George, Utah was arrest Monday night after a bomb he planted in the school failed to detonate.

“A teenage student at a southern Utah high school has been charged with bringing a homemade bomb to the school that was discovered in a backpack emitting smoke and prompted an evacuation,” the AP reported. “No one was hurt Monday after the backpack was found in a common area of the school by a student who reported it to a teacher.”

While CBS and NBC have yet to report the incident, ABC anchor David Muir gave the failed bombing a mere 15 seconds on Wednesday’s World News Tonight. “To the Index of other news tonight and a school bomb scare in St. George, Utah. A high school student is under arrest tonight, accused of trying to detonate a backpack bomb during lunch. Classmates spotted smoke coming from the bag. Police say the teenager researched information about ISIS,” was all he had to say.

The AP also noted that the teen was a suspect in other local incidents of vandalism involving ISIS iconography:

Police in the city of Hurricane about a half-hour drive from St. George said Tuesday the teen who was arrested is also suspected of raising an Islamic State group flag in February at Hurricane High School. That happened on Feb. 15, a day after a mass shooting at a school in Florida. Authorities initially thought the graffiti and flag at the school were pranks.

“Based on our investigation we can confirm this was a failed attempt to detonate a homemade explosive at the school. It was also determined that the male had been researching information and expressing interest in ISIS and promoting the organization,” the local police said, as documented by the AP. “Police did not describe the homemade bomb in detail but said it ‘had the potential to cause significant injury or death,’” the AP added.

It’s important to note their silence or relative disinterest in this incident compared to other school incidents (such as actual massacres like Marjory Douglas Stoneman High School in Parkland, Florida). It demonstrates the massive hole in their liberal gun control and gun banning mantra. Because even if AR-15s were outlawed, someone looking to kill innocent people will still find a way to do it.

DAVID MUIR: To the Index of other news tonight and a school bomb scare in St. George, Utah. A high school student is under arrest tonight, accused of trying to detonate a backpack bomb during lunch. Classmates spotted smoke coming from the bag. Police say the teenager researched information about ISIS.