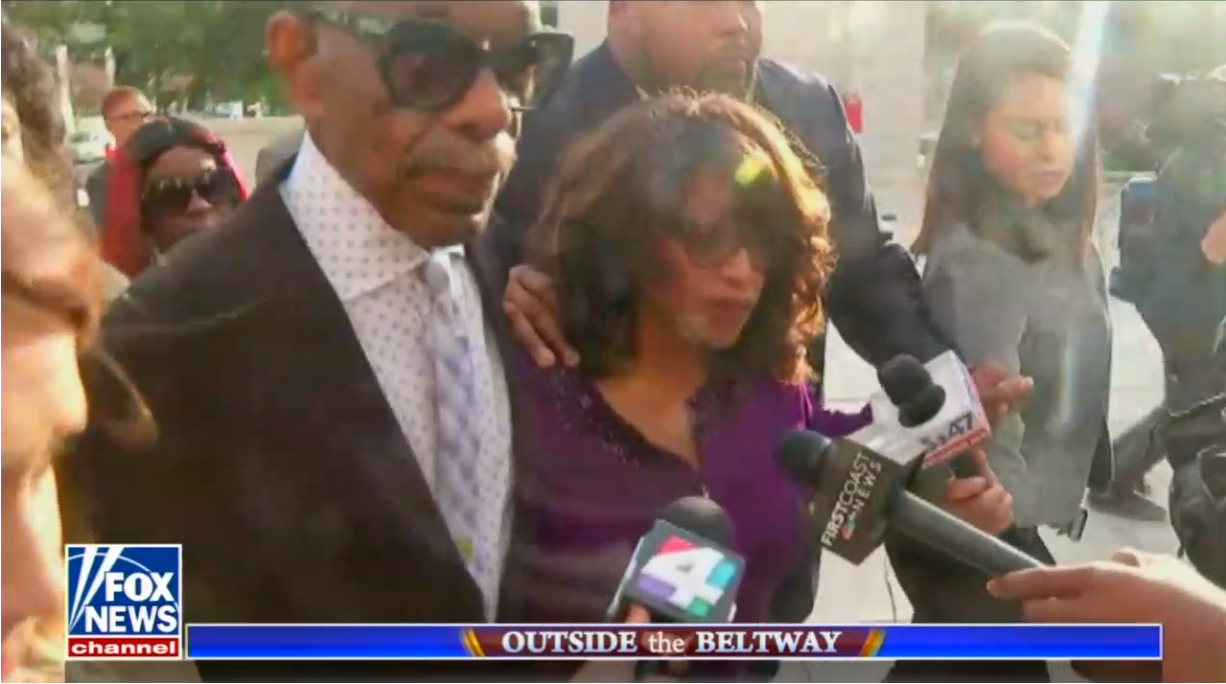 On Monday, former Florida Democratic Congresswoman Corrine Brown was sentenced to five years in prison for using her fake charity, that was supposed to help poor students, to funnel money into her personal bank accounts. According to reports, “she used for more than $300,000 in personal expenses, including tickets for N.F.L. games and a Beyoncé concert.” Despite how disgusting her crime was, the Big Three networks (ABC, CBS, and NBC) failed to cover it since the sentencing.

As reported by The New York Times, “A federal judge handed down the sentence in a Jacksonville, Fla., courtroom, excoriating Ms. Brown, 71, for abusing her powerful position in the House of Representatives for ‘entitlement and greed’ to support a lavish lifestyle.”

The Times noted Brown’s historic career as one of the first African-Americans to be elected in Florida for a position in national politics and her advocacy for civil rights and the poor. But they also suggested that she exploited her past: “Because of that legacy, the charity, One Door for Education, may have seemed to donors as an extension of her passion.”

“Brazen barely describes it,” the Times quoted the federal judge. And he was right, as the explanation of the crime proves:

Ms. Brown, along with two other people, collected more than $833,000 in charitable donations, telling benefactors that their money would help students pay for college and allow schools to receive computers. But One Door for Education did nothing of the sort.

Instead, the donations were funneled into Ms. Brown’s personal bank accounts and toward extravagant items. About $330,000 of the charity’s donations paid for events that included a Florida golf tournament, professional football games and a luxury stadium box for a Beyoncé concert.

The complete blackout on Brown by the networks wasn’t really surprising. When it comes to the liberal media’s double standard in regards to political corruption, the Media Research Center has the proof in spades. As Rich Noyes exposed on Monday, the networks hyped GOP sexual harassment scandals 2 to 1 against the Democrats. And Mike Ciandella showed how in the first 24 hours of the Roy Moore allegations breaking they dedicated more time to that story than in the two months of the Bob Menendez bribery trial.