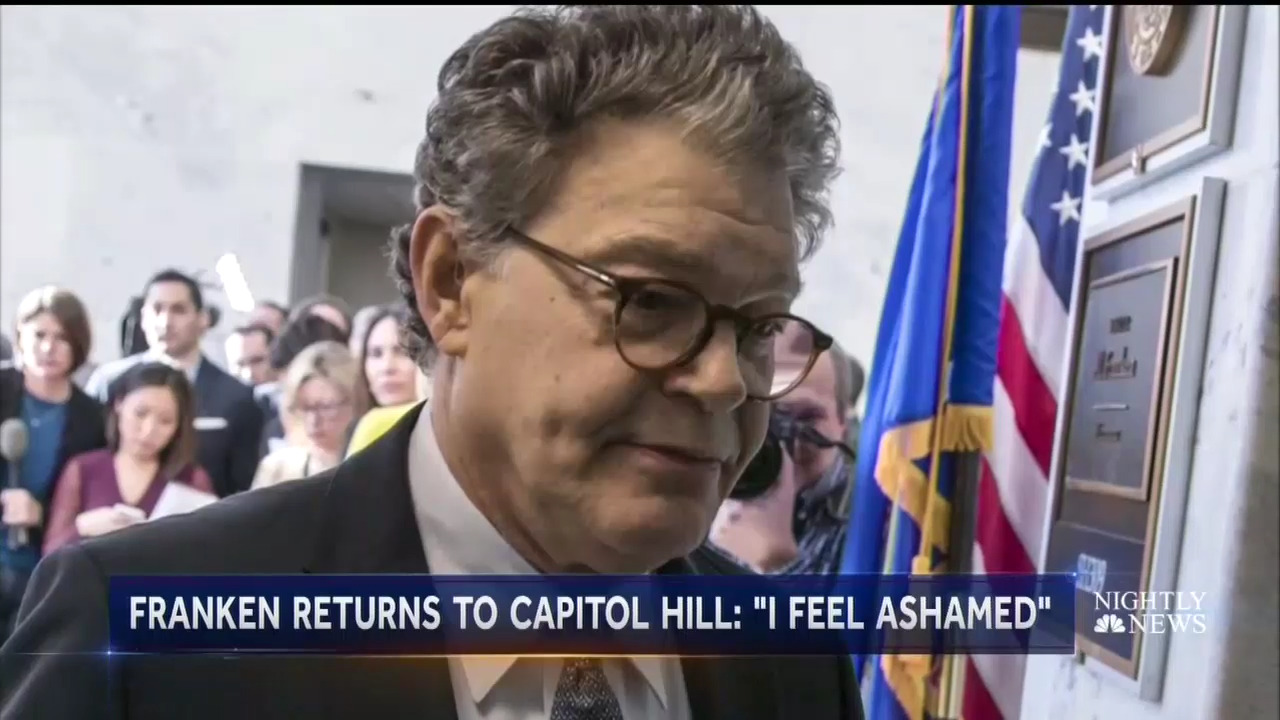 Both Republicans and Democrats have faced serious allegations of sexual misconduct, but in the month of November, ABC, CBS and NBC spent twice as much time telling viewers about the Republicans’ problems.

MRC analysts reviewed all 6 hours, 40 minutes of coverage of sexual harassment/misconduct and various politicians on the ABC, CBS and NBC morning and evening news shows from November 1 to November 30. Nearly two-thirds of this coverage (4 hours, 27 minutes) focused on Republican politicians, compared to 2 hours, 6 minutes spent on the Democrats, a greater than two-to-one disparity.

At 4 hours, 8 minutes, the allegations against Alabama GOP Senate candidate Roy Moore earned more coverage than those of all other politicians combined. Next in line came sitting Democratic Senator Al Franken, with one hour and 14 minutes. The Moore scandal broke on November 9, just one week before Franken’s scandal (November 16), not a sufficient gap to explain the four-to-one disparity in coverage. 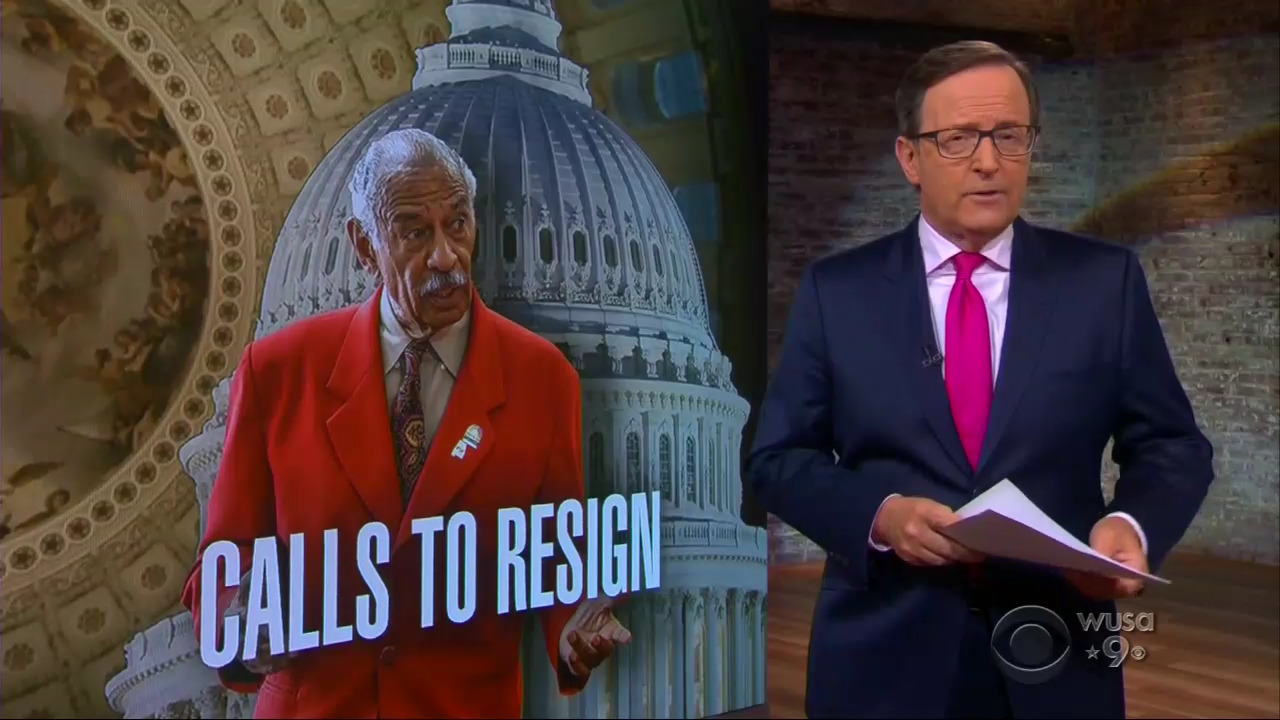 Next came Congressman John Conyers, the longest-serving member of the House of Representatives, who has been accused of harassing multiple female staffers. Conyers received 46 minutes of coverage. While TV coverage of both Franken and Conyers has been largely critical, it has been far sparser than coverage of Moore.

The networks also spent more than 10 minutes rehashing President Donald Trump’s infamous Access Hollywood incident from the 2016 presidential campaign, as reporters suggested hypocrisy in Trump’s condemnations of Democratic Senator Franken. “The President’s stone-throwing at Franken predictably bringing back into focus the string of sexual allegations the President himself faced and denied late in the campaign,” anchor Lester Holt said on NBC Nightly News on November 17.

ABC correspondent David Wright followed the same pattern on November 18’s Good Morning America, “That tough stance against a Democrat inevitably has renewed questions about the President’s own alleged past actions. More than a dozen women have accused Trump of sexual misconduct. And there are his own words caught on camera years ago by Access Hollywood.” 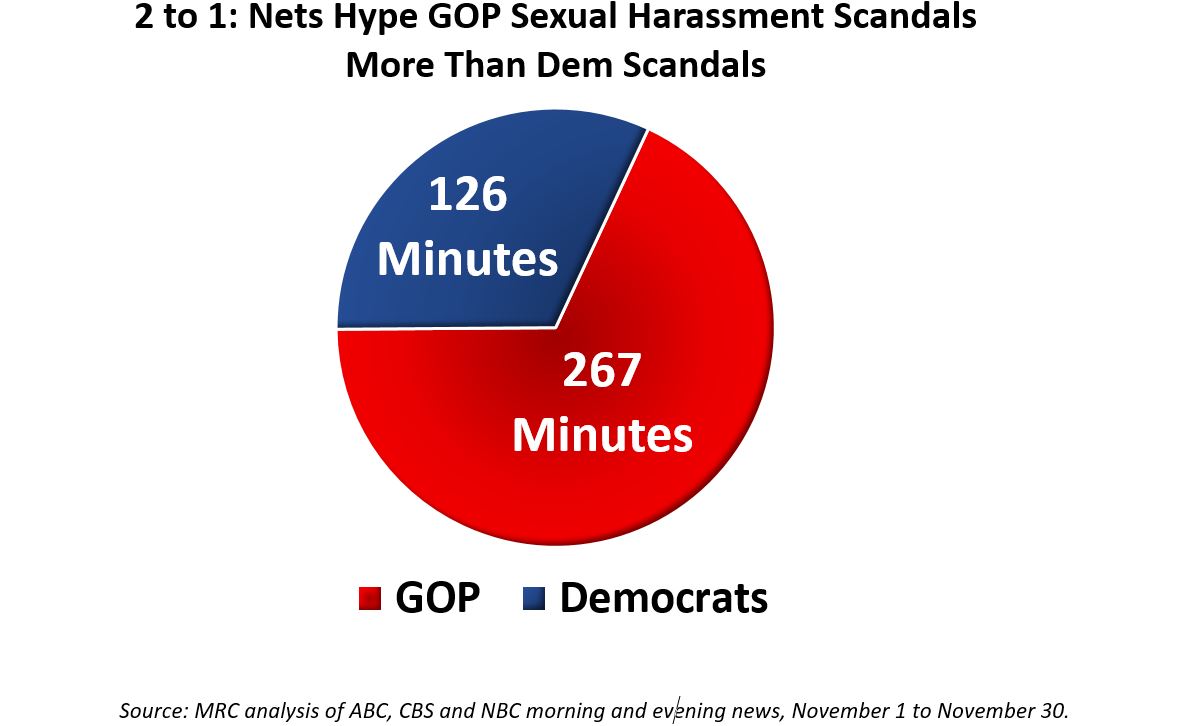 A few local politicians – William O’Neill (a Democrat), Steve Lebsock (a Democrat) and Jeff Hoover (a Republican) – earned less than a minute-and-a-half between them. Although not a case of harassment, the scandal involving leaked naked pictures of Republican Congressman Joe Barton earned seven-and-a-half minutes of coverage.

Note: This study only looked at the month of November, so politicians including Reps. Blake Farenthold (a Republican from Texas) and Ruben Kihuen (a Democrat from Nevada) who faced accusations since November 30 are not included. Thanks to MRC Research Analyst Mike Ciandella for tabulating the data in this report.