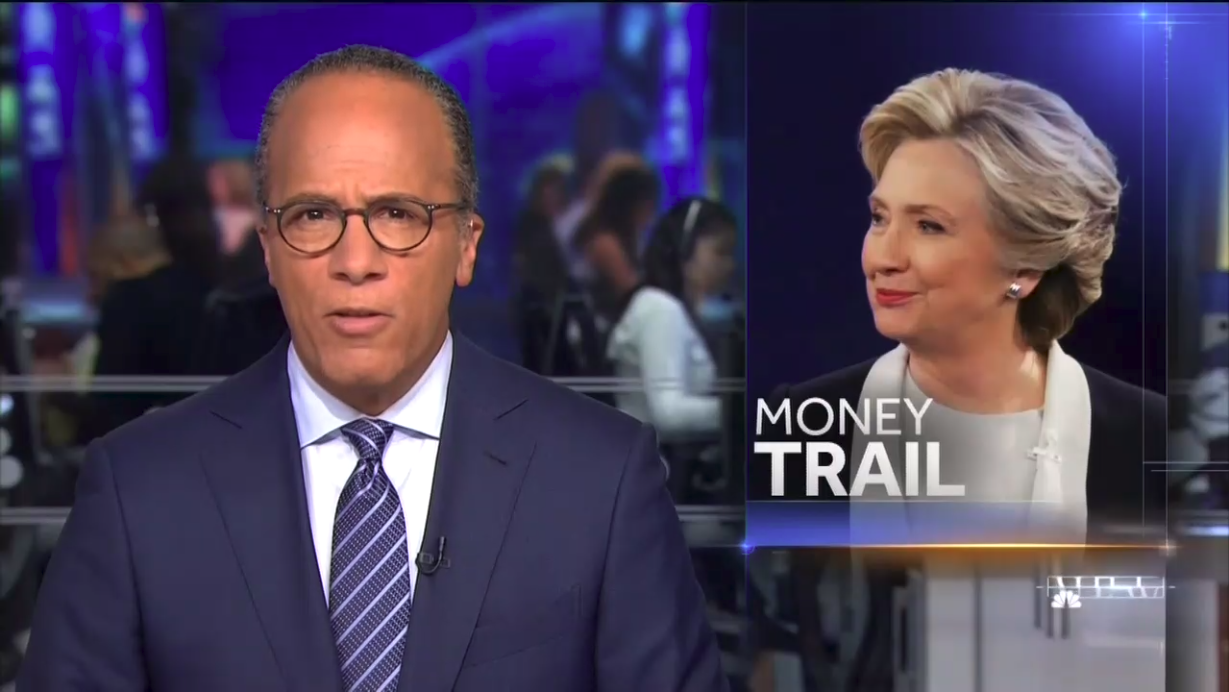 In a bombshell report by The Washington Post Tuesday, it came to light that both the Clinton campaign and the DNC paid Fusion GPS to conduct opposition research on then-candidate Donald Trump. In their efforts, Fusion hired former British spy Christopher Steele who in turn relied on Russian agents to compile most of the salacious dirt on Hillary’s opponent. Despite the fact that the Big Three Networks (ABC, CBS, and NBC) once spent a combined 31 minutes on Donald Trump Jr. doing something similar, they brushed over the new allegations Wednesday evening as though they were of little consequence.

In all, the network evening newscasts spent six minutes and 31 seconds of airtime covering Clinton’s and DNC’s connection to the Trump dossier. ABC spent two minutes 22 seconds, CBS a solid two minutes, and NBC had two minutes and nine seconds, all were a fairly average length for standard news reports.

But when Don Jr. admitted to meeting with a Russian lawyer in Trump Tower for opposition research, which he never received, CBS spent 70 percent of its total airtime (12 minutes 57 seconds) talking about it; ABC spent 10 minutes 31 seconds (60 percent); NBC had seven minutes 42 seconds (the only network to spend more time on other news).

Not only did ABC and CBS spend less time talking about Clinton and the DNC’s use of foreign agents, they actually tried to further downplay it as either completely normal or just an “aggressive tactic.”

Both relied on former Clinton campaign spokesperson Brian Fallon for their marching orders. “Former Clinton campaign spokesperson Brian Fallon said the Democrats did nothing wrong,” declared ABC’s Brian Ross during World News Tonight. He followed up with a clip of Fallon on CNN making the campaign’s case for their hiring of Fusion GPS. “I think it's important to remember that opposition research happens all the time in campaigns,” Fallon said.

“In fact, it's standard practice in campaigns for both parties,” Ross added.

And in an interview with Pegues, former Marco Rubio campaign staffer turned CBS consultant Alex Conant wasn’t too outraged when describing the norms of campaign research in regards to this case. “Every competent campaign does research on their opponent. You want to know your opponents' vulnerabilities. I think hiring foreign spies is a very aggressive tactic, and that's not normal, but it is normal to do opposition research,” he explained to Pegues.

No top of the networks downplaying the use of foreign agents in campaign work, they also failed to mention a Washington Times report calling attention to a legal complaint filed against Clinton with the Federal Election Commission citing violations to campaign finance laws. “Hillary Clinton’s campaign and the Democratic National Committee violated campaign finance law by failing to disclose payments for a dossier on Donald Trump,” The Times wrote.

“The complaint from the nonprofit Campaign Legal Center said the Democrats effectively hid the payments from public scrutiny, contrary to the requirements of federal law,” they added. “By law, campaign and party committees must disclose the reason money is spent and its recipient.”

In addition, both Spanish-language networks, Univision and Telemundo ignored all news related to Clinton and the DNC's connection to foreign agents and the salacious Trump dossier.

It’s clear that the Big Three Networks were back in campaign mode as they scrambled to insulate their candidate from the legal troubles she was facing. The Clinton campaign and the DNC were caught doing the thing they hammered the Trumps for, with a more effective outcome, but their outrage in no way matched. 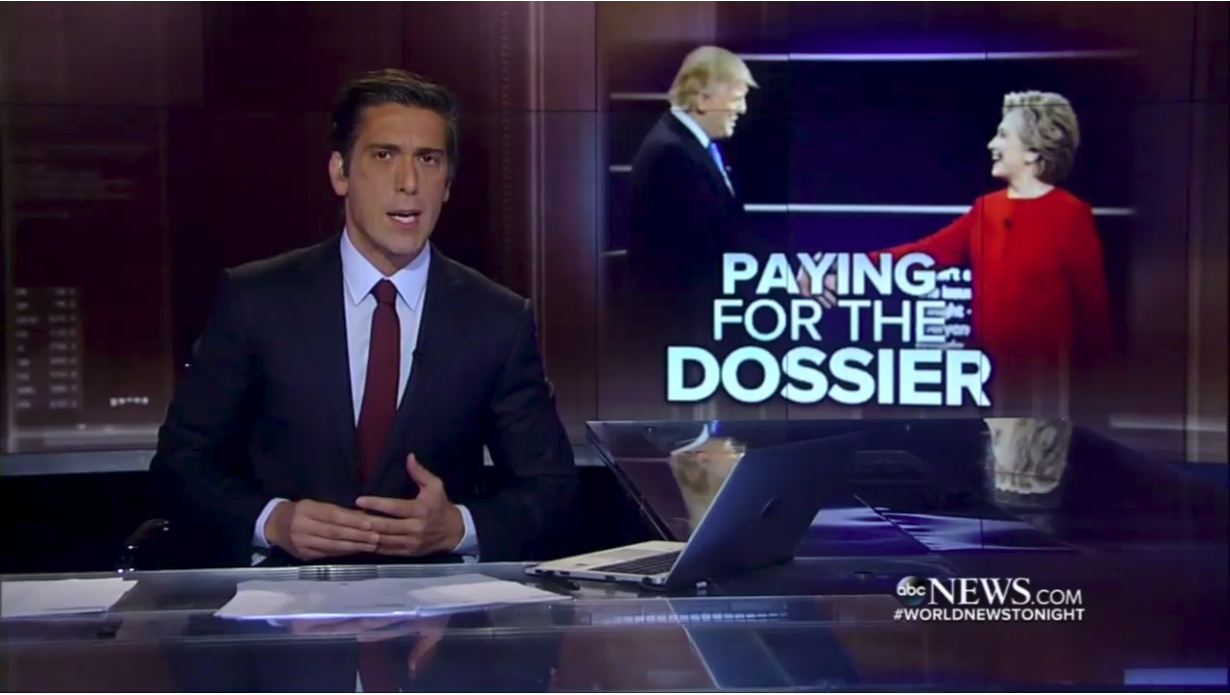 BRIAN ROSS: The President today said he was a victim.

TRUMP: I think it's a disgrace.

BRIAN FALLON: I think it's important to remember that opposition research happens all the time in campaigns.

ROSS: In fact, it's standard practice in campaigns for both parties.

REP. ERIC SWALWELL: I think it's important to know who paid for this dossier. What is more important than anything is whether the allegations in the dossier are true.

ROSS: And now one question is, which Republican first started Fusion GPS down the road of digging up dirt on Trump? 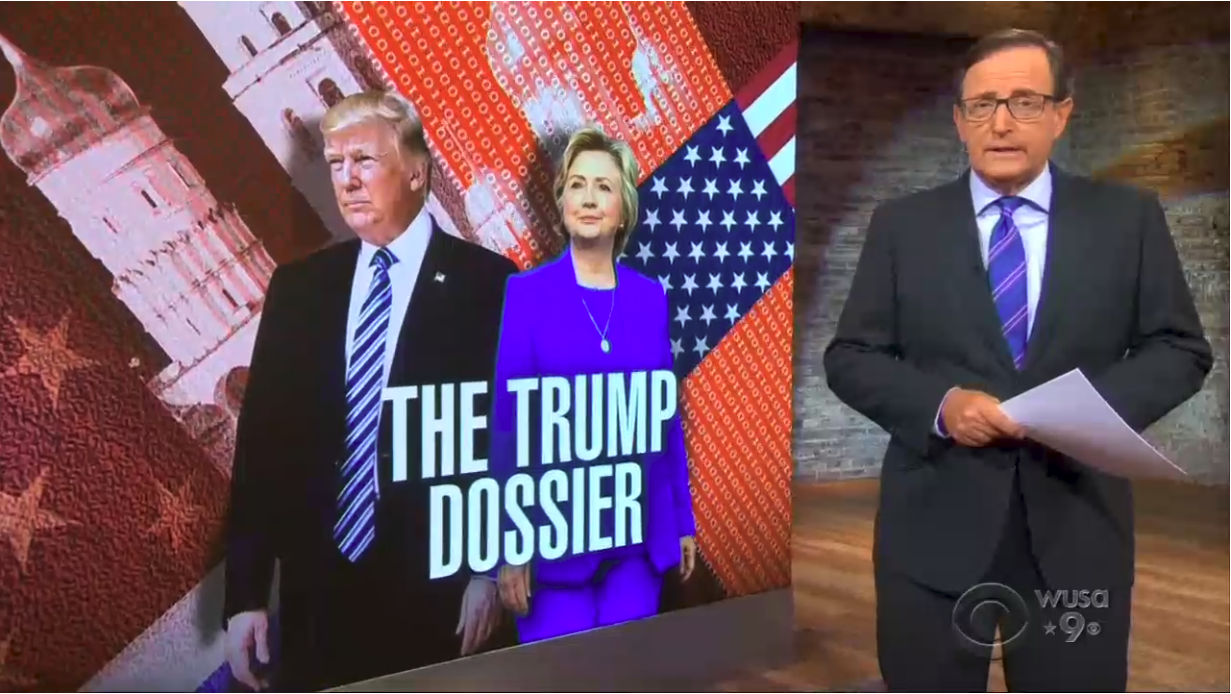 JEFF PEGUES: The law firm that represented both the Democratic National Committee and the Hillary for America campaign has confirmed that it paid Fusion GPS in April of 2016 to perform a variety of research services. Until now some top Clinton campaign officials have denied knowing who was behind the effort to dig up dirt. Former campaign spokesman Brian Fallon:

BRIAN FALLON: I'm sure a small group of folks were aware of the decision the hire fusion in the spring of 2016. But it was kept for reasons I understand to a very select group, given the sensitive nature of who they hired.

ALEX CONANT: Every competent campaign does research on their opponent. You want to know your opponents' vulnerabilities. I think hiring foreign spies is a very aggressive tactic, and that's not normal, but it is normal to do opposition research.