CNN parted ways with commentator and Interim Democratic National Committee Chair Donna Brazile Monday, as yet another batch of damaging e-mails was released by WikiLeaks. According to the e-mails Brazile told Hillary Clinton’s Campaign Chair, John Podesta, that she sometimes acquired access to debate questions and that she’ll “send a few more.” Both CBS and NBC covered to the developing controversy, while ABC kept it off the air. It’s not surprising since she is also one of their commentators and they still have her on leave.

According to NBC’s Hallie Jackson, “Clinton's campaign may have been tipped off to a primary debate question by the now head of the Democratic National Committee.” Brazile told the campaign that a woman from Flint, Michigan would be in the audience to talk about the water problem there. “Her family has lead poison and she will ask what, if anything, will Hillary do as president to help the ppl of Flint,” she messaged Podesta.

ABC’s former partner, in the failed experiment that was Fusion, Spanish-language network Univision even covered the controversy. “The news network CNN revealed today that Donna Brazile, who was one of their political commentators, shared with her friends in the Clinton campaign journalists' questions that would be made in several events sponsored by CNN,” reported Anchor Maria Elena Salinas.

Conduct such as this from ABC is to be expected, since the network continues to employ the services of a former Clinton lackey in George Stephanopoulos. The former Clinton staffer was once caught giving $75,000 in secret donations to the Clinton Foundation while not disclosing his ties to viewers. GOP nominee Donald Trump recently zigged Stephanopoulos for the donations, saying he wished he could take them back. Instead of covering a controversy involving one of their commentators they dedicated a news brief to Bill Murray photobombing an interview at the World Series.

SCOTT PELLEY: Today CNN dropped Donna Brazile as a political analyst after hacked e-mails revealed she gave the Clinton campaign some of the questions in advance that were to be asked at a CNN town meeting in March. Brazile had been on leave from CNN since July when she took over as head of the Democratic National Committee. 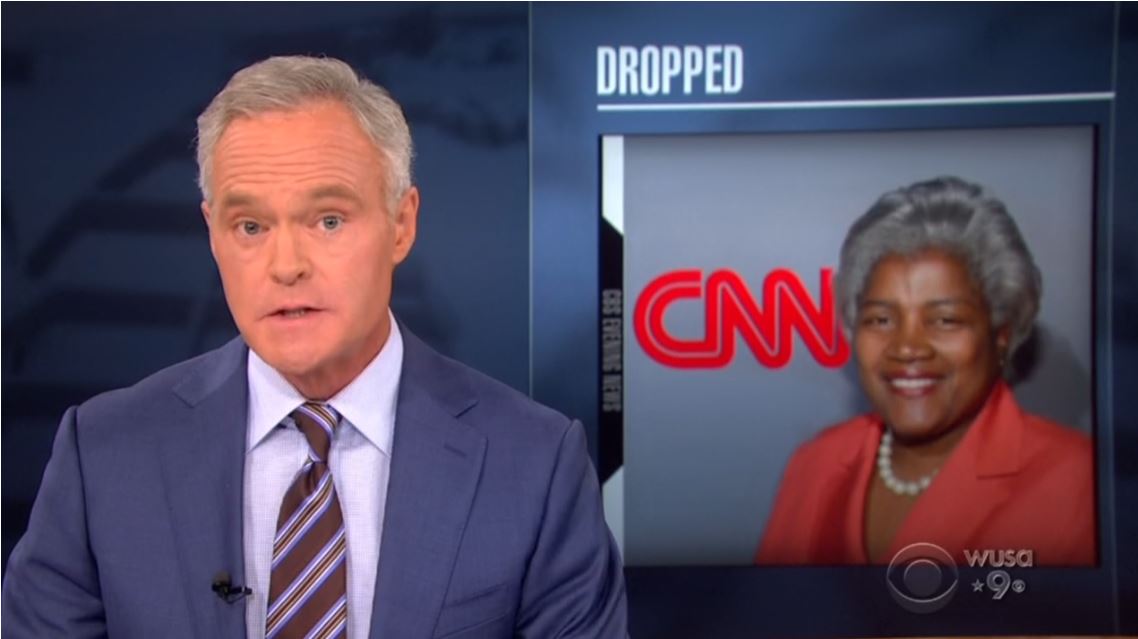 HALLIE JACKSON: But nobody really knows what's in those e-mails, not even the FBI yet. That's not stopping Trump from hitting Clinton on those messages and on the latest WikiLeaks release of stolen e-mails, which NBC has not authenticated, showing Clinton's campaign may have been tipped off to a primary debate question by the now head of the Democratic National Committee.

UNIVISION
NOTICIERO UNIVISION
10/31/16
6:40:48 PM - 6:41:12 PM EST | 23 SECS
MARÍA ELENA SALINAS, ANCHOR, UNIVISION: The news network CNN revealed today that Donna Brazile, who was one of their political commentators, shared with her friends in the Clinton campaign journalists' questions that would be made in several events sponsored by CNN. Brazile left CNN temporarily in July to accept a position in the Democratic National Committee, and later presented her resignation to the network.