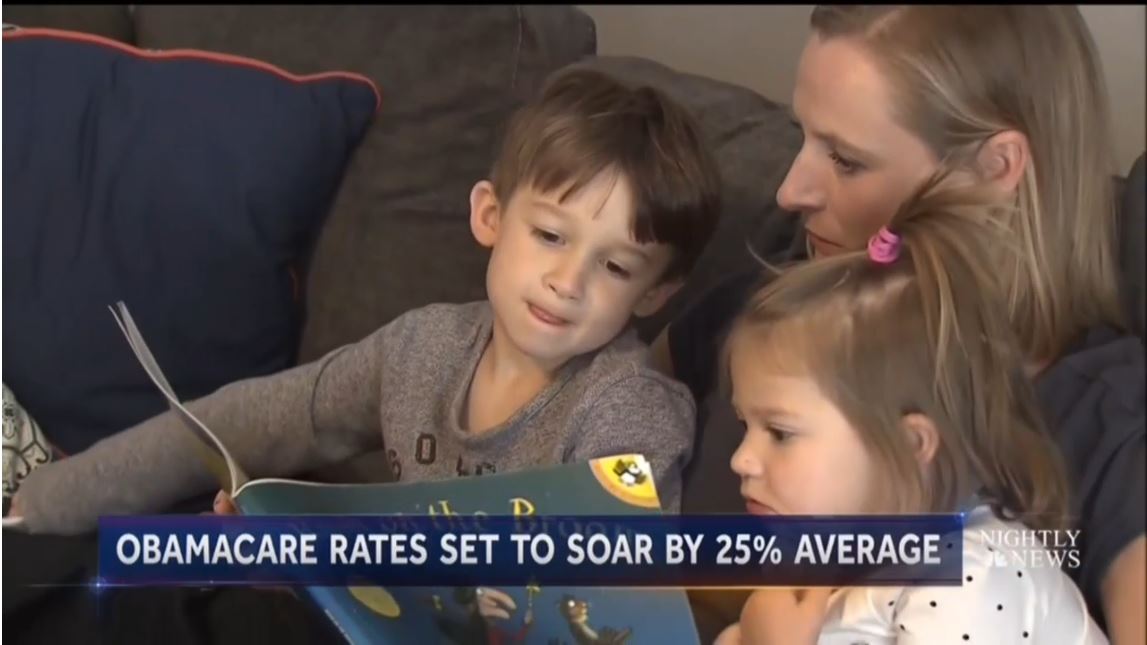 NBC reporter and Hillary Clinton fan club president Andrea Mitchell showed off her infatuation with the Democratic presidential nominee Tuesday evening, as she wrote off the massive 25 percent ObamaCare premium hikes as part of a series of “nagging problems.” “A second problem, the rise in Obamacare premiums, an issue [Donald] Trump is exploiting,” Mitchell whined during her report on NBC Nightly News.

So according to Mitchell’s view, the skyrocketing healthcare costs for millions of Americans was merely a “nagging problem” being “exploited” by her nominee’s opponent. But it appears that Mitchell’s own network betrayed her, because immediately following her downplaying of the issue NBC reported on how it was putting the squeeze on Kentucky mother of two:

TOM COSTELLO: Occupational therapist Sarah Halfacre says she's caught in the middle. She needs the ObamaCare coverage offered in Kentucky, but her insurer, United Healthcare is losing money in the state and pulling out. Now Sarah will have to choose a new Kentucky plan and her premiums are sure to rise above her current $340 monthly payment.

Mitchell’s “nagging problem” is no laughing matter to Halfacre, who told Costello that if premiums don’t decrease she will lose her healthcare coverage. And it won’t be just Kentucky that will be effected. One fifth of ObamaCare shoppers will have only one option to choose from. That’s in addition to the average cost of premiums skyrocketing by 25 percent, with Arizona’s prices breaking the atmosphere at 116 percent.

In addition to dismissing soaring healthcare costs, Mitchell touted Clinton’s early voting strategy and glorified former Secretary of State Colin Powell’s endorsement. “He had in a hacked e-mail called Donald Trump a national disgrace, tonight saying that Hillary Clinton is fully qualified to serve as president,” she praised. Mitchell seemingly has forgotten how Powell slammed Clinton in another leaked e-mail saying, “Everything HRC touches she kind of screws up with hubris.”

HILLARY CLINTON: Hello! It is so great to be back in Florida.

MITCHELL: Because without Florida, her campaign says, Trump has no path to the White House. Clinton going after him today for saying he won't necessarily concede if he loses.

CLINTON: Americans are coming together. At the very moment when Donald Trump is making an unprecedented attack on our democracy. 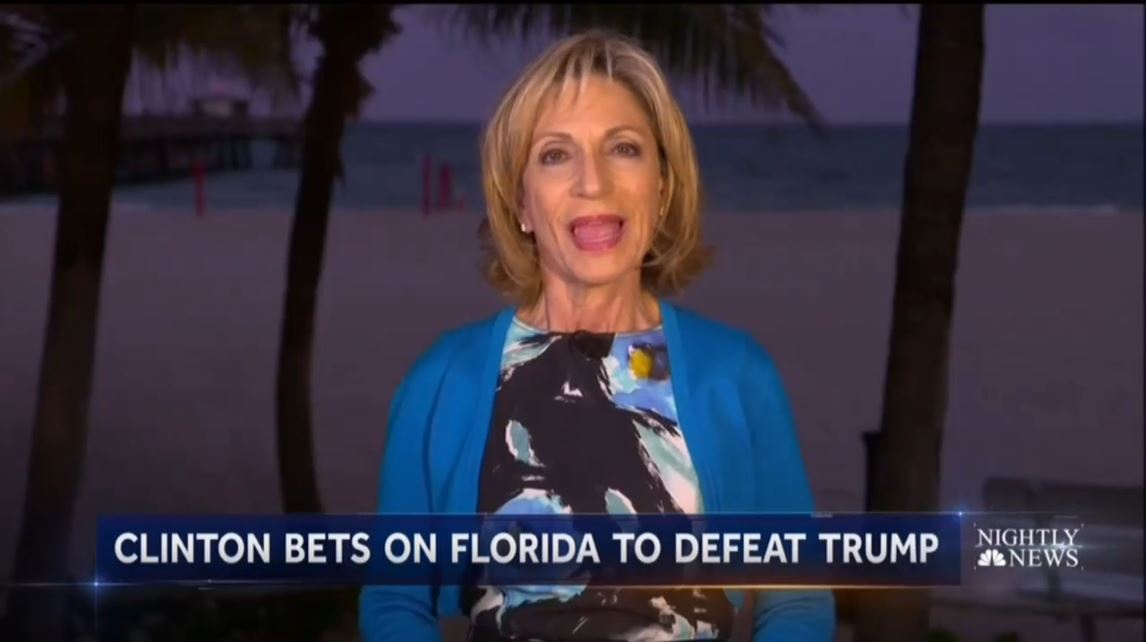 MITCHELL: So in these final days she's going to states where early voting is started.

MITCHELL: So far this year, nearly twice as many people have voted early in Florida than four years ago. And more of them this time are Hispanic. Clinton's campaign believes a good sign for them. Why did you vote early?

UNIDENTIFIED VOTER: Because it's, like, my first time, so I wanted to just get it out of the way.

CLINTON SUPPORTER: I made up my mind a long time ago, the decision was made. It was, why wait? Now I feel relieved and relaxed for the first time in months.

STEVE MCMAHON: Voters are seeing the difference between these two candidates and they're settling in the Clinton camp.

MITCHELL: But two nagging problems for Clinton tonight. Another stolen e-mail from Clinton's campaign chairman, released by WikiLeaks about when President Obama first learned about her private e-mails. When the story first broke, he said he had just learned about it.

BARACK OBAMA: The same time everybody else learned it through news reports.

MITCHELL: But in the e-mail released tonight, long time Clinton aide Cheryl Mills writes, “We need to clean this up. He has e-mail from her they do not say state.gov.” A second problem, the rise in Obamacare premiums, an issue Trump is exploiting. Clinton telling a Miami radio show tonight –

CLINTON: The costs have gone up too much. So we're going to really tackle that.

MITCHELL: And Clinton did get an endorsement from a Republican, General Colin Powell who served under Reagan and both Bushes. He had in a hacked e-mail called Donald Trump a national disgrace, tonight saying that Hillary Clinton is fully qualified to serve as president. Lester?