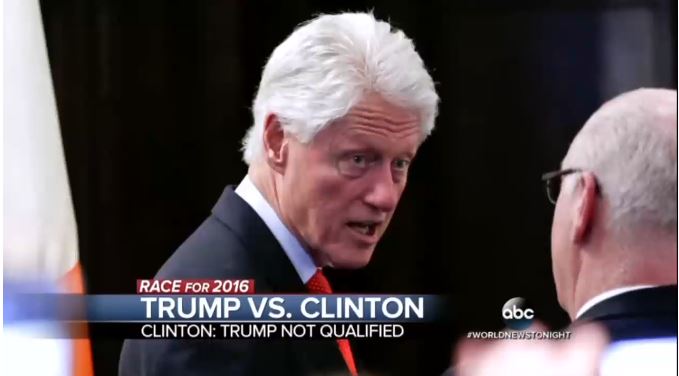 On Wednesday’s edition of Hannity, Donald Trump dropped the big one on the Hillary Clinton campaign, openly accusing former President Bill Clinton of Rape. Trump’s new line of attack has been telegraphed for months. And the liberal media reacted in the most predictable way, by claiming it has no basis in fact. “The rape accusation is decades-old and discredited,” ABC’s Tom Llamas stated, misleading the audience during Thursday’s World News Tonight.

As a refresher of one of the incidents, Juanita Broaddrick accuses Bill Clinton of assaulting her in her hotel room in Little Rock, Arkansas. During an attempt to kiss her Broaddrick claims Clinton bit down hard on her top lip, causing it swell. According to Broaddrick he forced her down to the bed and assaulted her. And just before he left, Broaddrick says he told her, “You better put some ice on that,” referring to her swollen lip.

Llamas’ reporting didn’t stop there. He praised the way Hillary Clinton has been responding to Trump’s attacks. “Clinton now saying plain and clear, Trump is not fit for the White House,” Llamas reported. The reporter then cut to a clip of Clinton calling Trump “irresponsible,” “reckless,” and “dangerous.”

Nancy Cordes’ report on CBS’s Evening News about Trump’s comments wasn’t much better. “They were referring to a trio of women who say Bill Clinton made unwanted sexual advances in 80s and 90s,” Cordes said, explaining Sean Hannity and Trump’s conversation. “Mr. Clinton denies it. Two of the cases were plagued by factual discrepancies,” Cordes continued.

At the end of her report Cordes took to attacking Trump herself. “The topic of rape is murky territory for Trump, who was also once accused of rape by his ex-wife Ivana,” Cordes chided, “A charge she later recanted.”

DAVID MUIR: We turn now to major developments in the race for the White House. Hillary Clinton and Donald Trump both reacting to the news today saying, the crash of flight 804 does appear to be terrorism. But both had plenty more to say about the race itself. Clinton for the first time saying Trump is not qualified to be president. Tonight, Clinton responding to Trump’s harshest most personal attack yet, against former President Bill Clinton. Donald Trump standing by his words. ABC’s Tom Llamas on the campaign trail again tonight.

LLAMAS: The rape accusation is decades-old and discredited.

CHRIS CUOMO: Do you ever feel compelled to defend your honor, the honor of your husband?

CUOMO: With statements he's making that go to the core of the relationship?

CLINTON: No. Not at all. I know that that's exactly what he is fishing for and, you know, I'm not going to be responding.

LLAMAS: Clinton now saying plain and clear, Trump is not fit for the White House.

CLINTON: If you go through many of his irresponsible, reckless, dangerous comments, it's not just somebody saying something off the cuff. This is a pattern, it’s a pattern going on now for months. He is not qualified to be president of the United States.

CHARLIE ROSE: The presidential race is tightening. A CBS News/New York Times poll shows Hillary Clinton's lead over Donald Trump nationally has fallen from 10 points to six, and Trump's unfavorable ratings have fallen eight points to 55 percent. Trump is making good on a vow to make Bill Clinton an issue in the campaign. Here's Nancy Cordes.

NANCY CORDES: In an interview on Fox, Donald Trump leveled a harsh accusation about former President Bill Clinton's past.

SEAN HANNITY: It's about groping and fondling and touching against a woman's will. 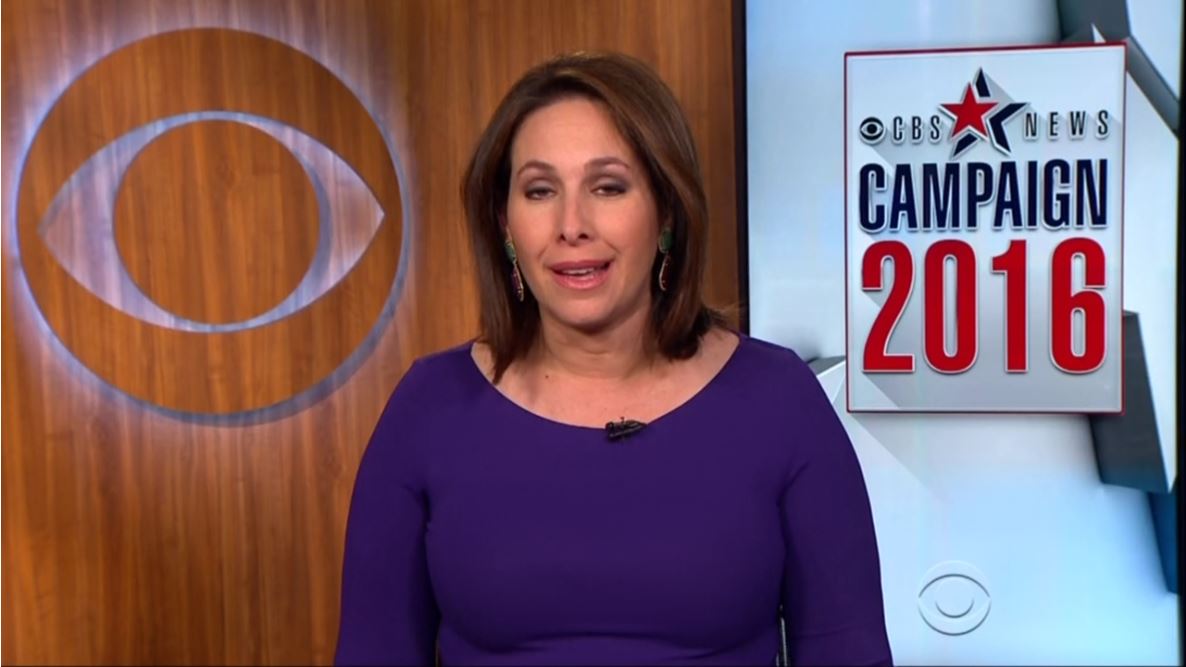 TRUMP: And lots of other things.

CORDES: They were referring to a trio of women who say Bill Clinton made unwanted sexual advances in 80s and 90s. Mr. Clinton denies it. Two of the cases were plagued by factual discrepancies. Still, the accusations linger and will be a focus of GOP ads against Hillary Clinton.

CORDES: In an interview today, Clinton would not respond to Trump's allegations.

HILLARY CLINTON: You know, if you pick a fight with, you know, a pull bully, you know you're going to be pulled down to their level.

CORDES: The topic of rape is murky territory for Trump, who was also once accused of rape by his ex-wife Ivana. A charge she later recanted. And there is no dispute, Charlie, that both he and Bill Clinton had multiple, consensual extra marital affairs which made for lurid tabloid fodder for years.