Bozell retorted, “Krugman is not just a bad economist, a lousy economist, he is also a hardened left-winger which is why he is a media darling.” Hammering the NYT columnist, Bozell piled on: “He is a left-wing radical. The media loves him for that reason. He is an economist who is constantly wrong. Hey, welcome to today's media.” 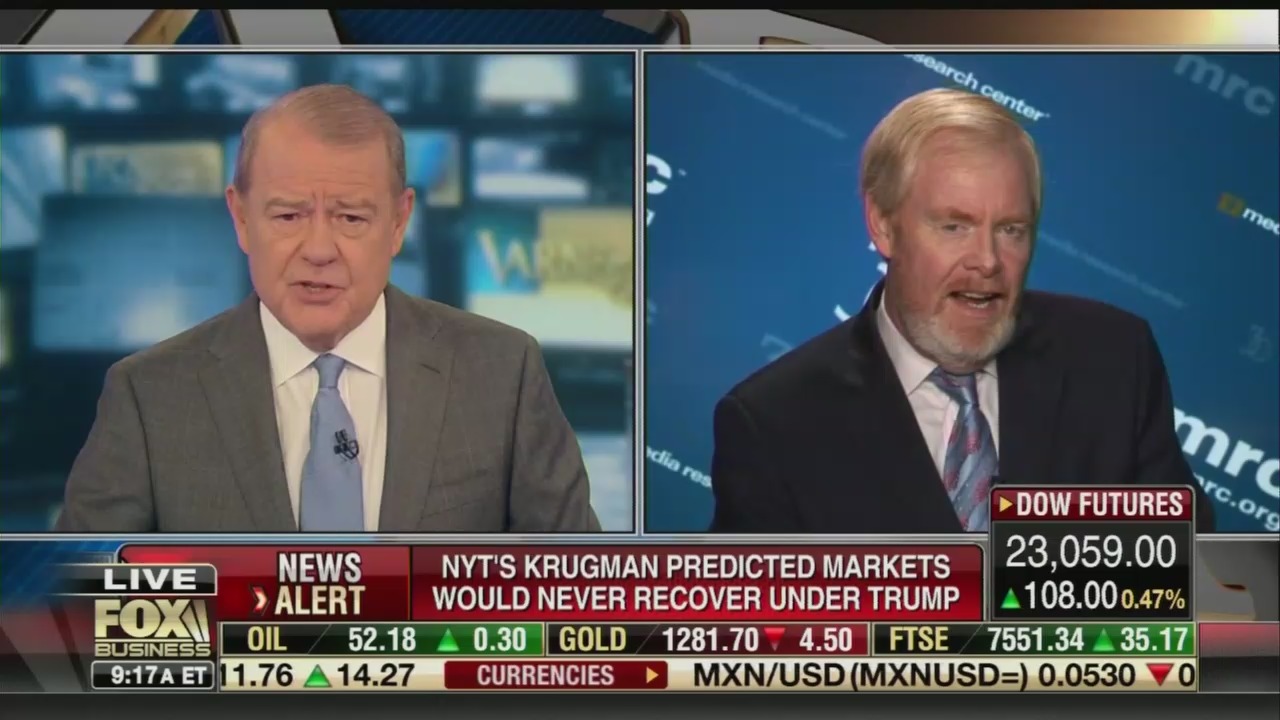 STUART VARNEY: Switching gears witching gears to the Near York Times. Their columnist Paul Krugman, here is what he wrote the day after the election. Here it is. “It really does now look— ” Let me start again. “It really does now look like President Donald J. Trump and markets are plunging. If the question is when markets will recover, a first-pass answer is never.” Okay. Let's check that. Take a look at how the markets have performed since the election. Dow up 25 percent. S&P up 19 percent. NASDAQ 27 percent higher. Hardly a plunge. Come in Brent Bozell, I'm being sarcastic here. I will lay off that, Brent. Okay? You're the guy that runs Media Research Center. Krugman never acknowledges that he is wrong, does he? 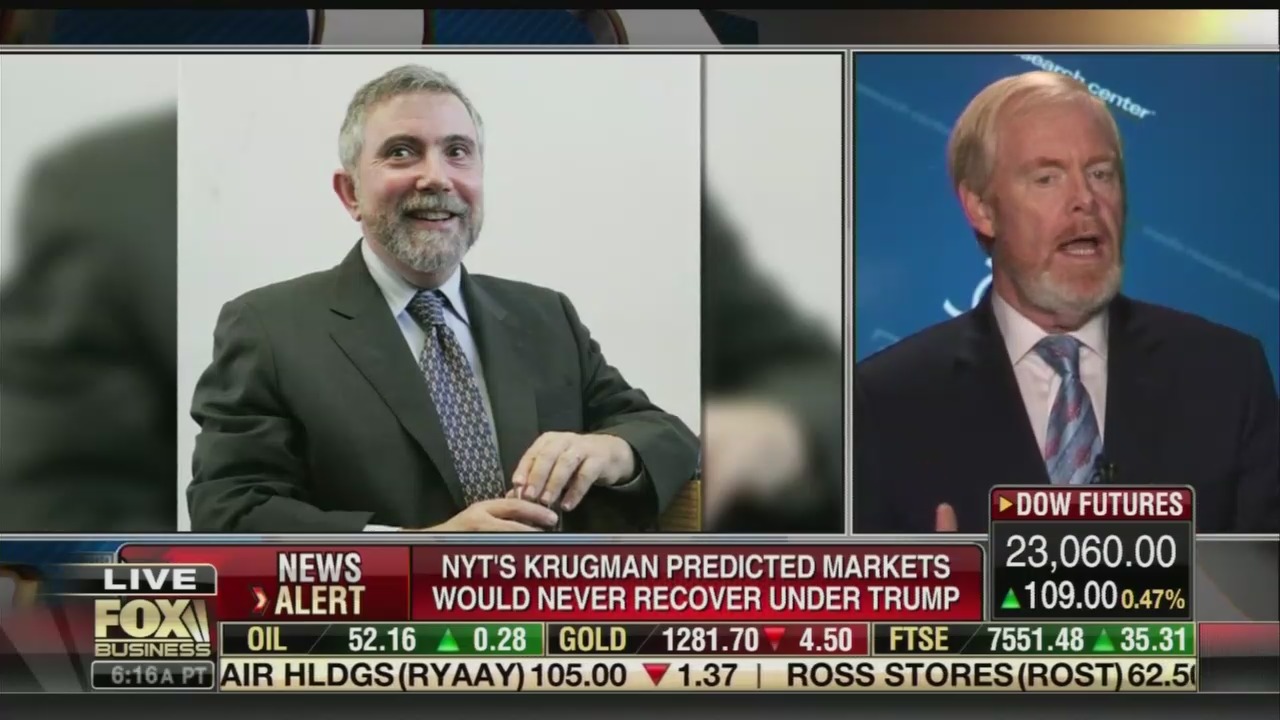 BRENT BOZELL: No. And neither do the media. It happens so many times, with climatologists that’s another crowd it happens with. When they're wrong on their predictions, they're never held to account. If it were a conservative, you better believe they would be. But Krugman is not just a bad economist, a lousy economist, he is also a hardened left-winger which is why he is a media darling. Let's not forget, this is the man who accused the Tea Party of being responsible for the shooting of Congresswoman Gabby Giffords. This is the man who said there was an aura of shame in the reaction of 9/11 and denounced Bernard Kerik, Rudy Giuliani and President for their response to 9/11. This is a man who has said that Donald Trump's election is illegitimate. He is a left-wing radical. The media loves him for that reason. He is an economist who is constantly wrong. Hey, welcome to today's media.

BOZELL: Stuart, it is not changing. Every month we look at this. Last month it was at 91 percent. It has been 90 percent average this year. In the campaign it was 91 percent. The only time Donald Trump got good press, relatively, was in his first month during the honeymoon period it was only 89 percent negative. I mean, the media hate this man. This man could find single-handedly the cure for cancer and they would attack him for not finding the cure for heart disease.

VARNEY: That's good. That is sarcasm. But I like it. I just love it. I’ve got another one for you, Brent, a CNN reporter mocks the President for helping Senate Majority leader McConnell walk up the stairs at the White House. Lend a helping hand. Here’s here comment. Here’s what it is: “That hand-lock between Trump and McConnell though.” But it is the tone of voice. “That hand lock between Trump and McConnell though,” as if to dismiss it. McConnell, by the way, is a polio survivor. Your reaction please, Brent.

BOZELL: You know, there is a reason why the New York Times told its reporters to not to use Twitter and social media. Social media gives you the platform to give your personal beliefs that an editor can't catch. That was her smarmy, sarcastic, dismissive belief of Mitch McConnell. This is the political reporter. You would think she would have something better to cover. But here is the telling thing. She kept that tweet on there for 24 hours. She was denounced left and right by other liberals, like the Daily Beast. They were pointing out this is outrageous. Yet, she kept it on for 24 hours. Again where is the apology?

VARNEY: Again good question, Brent. I don't have an answer for you and don't expect an answer either. Brent Bozell keeping track of the media's contempt for our President. And a great job you are doing, sir. Thank you very much indeed.