CNN analyst Douglas Brinkley showed he loves Barack Obama just a little bit more than every other liberal in the media. The historian and author on Thursday night beat out tough competition to win the “Last Gasp Obamagasm Award” at the Media Research Center’s 30th Anniversary Gala featuring the 2017 DisHonors Awards.

The awards gala, which took place at the National Building Museum in Washington D.C. and spotlighted the most outrageous examples of liberal media bias, featured this winning quote from Brinkley on January 19, 2017: 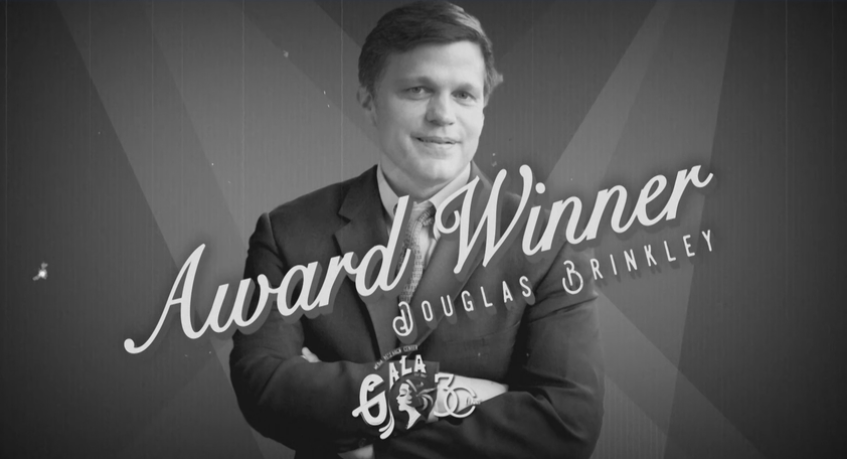 It’s very hard to set the Barack Obama standard. In my mind, he’s like Dwight Eisenhower. He is almost unimpeachable. He has governed with such honesty and integrity, and he’s not only leaving with that 60 percent we keep talking, but a growing reputation. And the legacy of having eight scandal-free years is going to look larger and larger in history....When you rank Presidents on ethical standards, Barack Obama’s the highest. He’s up there with some of our really great American leaders.

Syndicated radio star Chris Plante presented the award. Via electronic devices at each table, the audience voted Brinkley the “winner” and the prize was accepted, in jest, by Greg Mueller, President of Creative Response Concepts.

It’s not his fault. They were holding his family hostage at that time and he was forced to read that script! 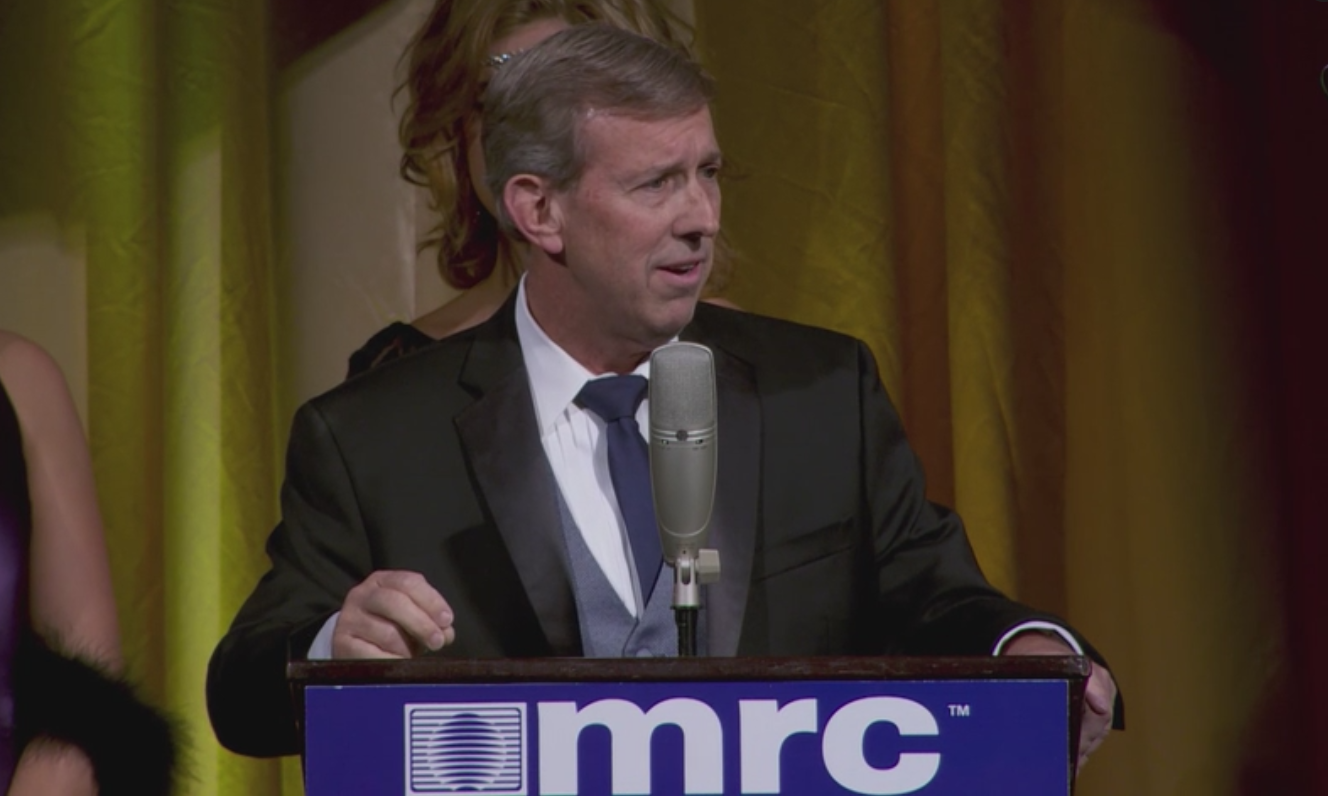 Mueller, in his acceptance speech, praised the Media Research Center and talked about working in the PR field:

I do a lot of work in the media. I talk to media people everyday and you know the results of the MRC based on what I do. Because I can’t tell you over the 30 years that I’ve worked with the MRC and Brent, how many reporters, maybe some in this room, we won’t name names, have e-mailed me, before there was e-mail called me, now texted, Twitter direct message me saying, “Did you see my story today? Can you get the MRC and Bozell off my back?”

The other two nominees were MSNBC’s Lawrence O’Donnell and CBS correspondent Dean Reynolds. On November 10, 2016, O'Donnell thrilled, “President Obama is the most noble man who has ever lived in the White House and he proved that again today.”

He [Obama] was the embodiment of hope and the personification of change eight years ago. A black man was in the White House....He realized the progressive dream of national health insurance and 20 million uninsured now have coverage. He opened the door to Cuba, banned torture, confronted climate change, recognized same-sex marriage, gave children of the undocumented hope, and he was a model of rectitude during his two terms in the White House.

> Every Single Person We Don’t Like in the Liberal Media won the “Quote of the Year” Award. (Earlier in the night, it also won the Trumpocalypse prize.)

> To hear Mark Levin praise the MRC and Brent Bozell, saying, “I rely” on them.

>> For a full rundown and all the video, check this section on MRC.org devoted to the evening. And all the posts on NewsBusters<<