At 2017 Gala, Mark Levin Praises MRC and Brent Bozell: ‘I Rely’ on Them

Talk radio star Mark Levin on Thursday paid tribute to the decades-long fight the Media Research Center has waged against the liberal media. Appearing via video at the MRC’s 30th Anniversary Gala featuring the 2017 DisHonors Awards, he enthused: “MRC and [founder] Brent Bozell are national treasures. I rely on Brent all the time. He is a leader and has been a leader of the conservative movement for decades.”

Other highlights from the September 21 event:

> Every Single Person We Don’t Like in the Liberal Media won the “Quote of the Year” Award. (Earlier in the night, they also won the Trumpocalypse prize.)

Transcript below of Levin’s comments: 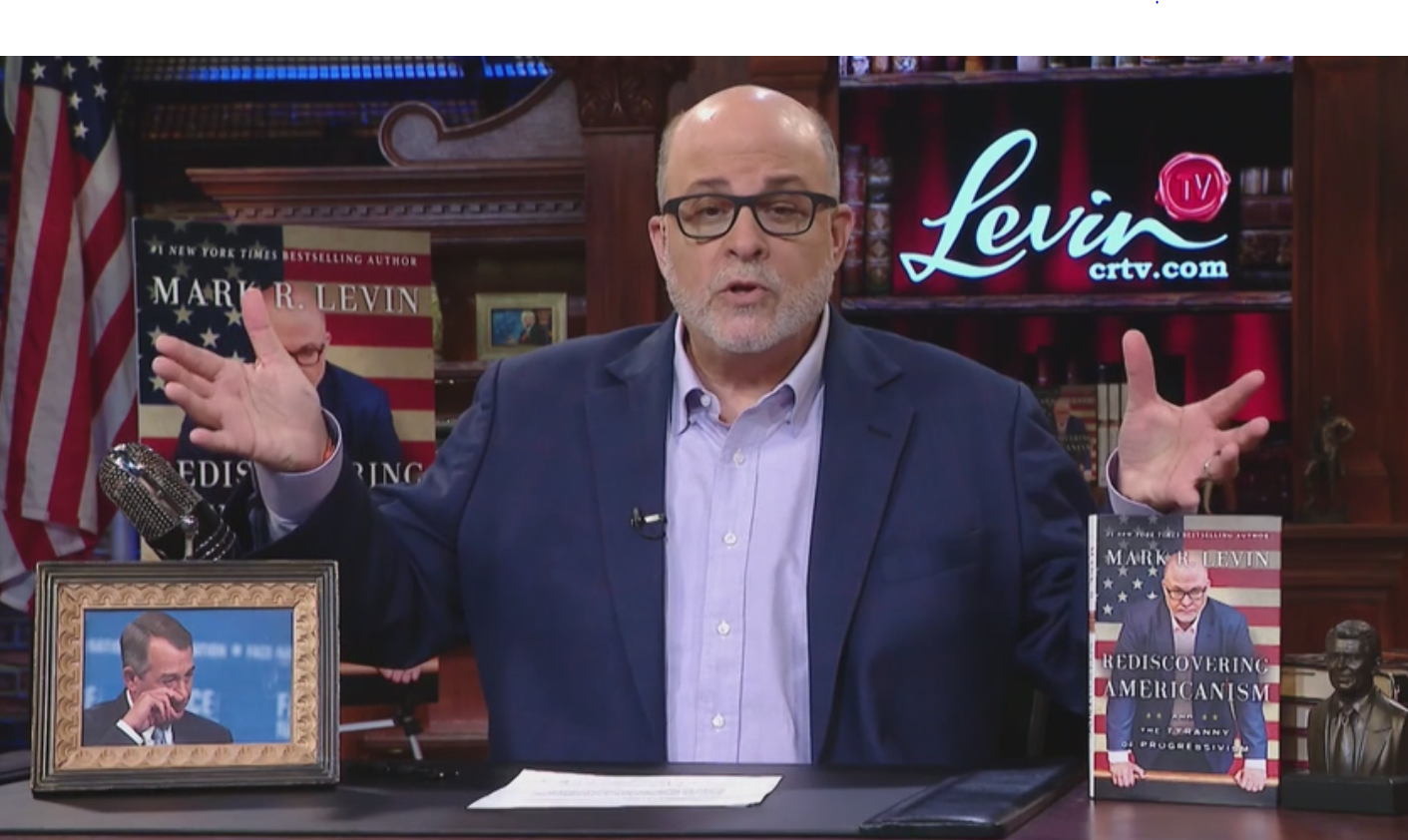 MARK LEVIN: Well, it’s a great honor to be here. Well, I’m here and you are there. And the reason I’m here and you’re there is because you had to rent tuxedos and I didn’t want to wear a tuxedo. No, but I couldn’t be with you tonight in person and I wish I could. I think this is a really, really important occasion. Thirty years. Thirty years of the Media Research Center and my dear friend, my brother, Brent Bozell. You know, when Brent founded the MRC in 1987, less than 25 percent of Americans believed the news media had a liberal bias. Today, thanks to the MRC, the overwhelming majority, nearly 90 percent of Americans, believe the media are biased and overwhelmingly liberal.

No one really talks about an objective news media now anymore because they know, thanks to the work of the MRC, there’s no such thing. Reporters, so-called, are making little to no effort to balance their leftist world view with conservative view points. For example, according to a widely cited MRC study, after the election, at the end of his first 100 days in office, President Trump received, by far, the most hostile press treatment of any incoming American president with the broadcast networks punishing him with coverage that has been 89 percent negative. And during the campaign, it was 91 percent negative. Never in history has this been so hateful. The bottom line, liberal media bias is real and it infects nearly every major news outlet in America. It’s important to let the media know we are keeping track of everything they say and do.

And only the Media Research Center has the knowhow, the resources and the dedication to do this 24/7. We can’t stop liberals from being liberals. But if we can expose their bias every day, their credibility is damaged and their ability to manipulate the American people is neutralized. MRC and Brent Bozell are national treasures. I rely on Brent all the time. He is a leader and has been a leader of the conservative movement for decades. He is a fellow warrior and he is among the smartest, most strategic, most effective men I know. So, I want to thank Brent Bozell, the Media Research Center and all of you in your penguin suits, I want to thank you for coming to tonight’s event. Enjoy your dinner. I hope you enjoyed your dinner. I’m off to McDonalds.