On Wednesday, The New York Times posted an article by reporter Robert Pear calling out Marco Rubio for taking the pen to Obamacare in the budget legislation from last year. On Thursday, it appeared on the front page with the headline “Rubio Measure Delivered a Blow to Healthy Law.”

Pear found “for all the Republican talk about dismantling the Affordable Care Act, one Republican presidential hopeful has actually done something toward achieving that goal.”

The measure being criticized? The “risk corridor” that provides a bailout clause for insurance providers -- because the amount of covered clients who are ill and driving up costs is greater than the amount of money generated from insurance payments. Rubio’s “plan limiting how much the government can spend to protect insurance companies against financial losses has shown the effectiveness of quiet legislative sabotage.”

The Times does acknowledges that it might be painted effectively as “a taxpayer-funded bailout for insurance companies.” However,  Pear,makes it clear that he supports the clause remaining. “Without them, insurers say, many consumers will face higher premiums and may have to scramble for other coverage. Already, some insurers have shut down over the unexpected shortfall.” That’s right, the industry was propped up by the law to fail without government assistance, but blame Rubio for their failure.

“Twelve of the 23 nonprofit insurance cooperatives created under the law have failed, disrupting coverage for more than 700,000 people, and co-op executives like Ms. [Dawn] Bonder [of Oregon’s failed Obamacare exchange] have angrily cited the sharp reduction in federal payments as a factor in their demise.” Once again showing that the original bill over-extended insurance companies. Sound familiar? While it condemned the creation of the housing bubble under Bush, it takes a rather supportive attitude to the health care bubble Obamacare created. 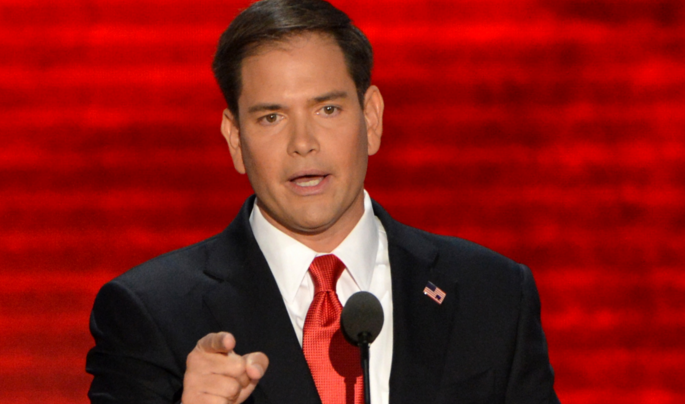 But the story of mean Mr. Rubio is not over for the New York Times. This year, Rubio plans to place “a provision in the final spending bill now under negotiation that continues the current risk corridor restrictions, or even eliminates the program altogether.” Pear includes Rubio’s own statement on this issue might sound like an anti-bailout statement from liberal heroes Elizabeth Warren or Bernie Sanders. “If you want to be involved in the exchanges and you lose money, the American taxpayer should not have to bail you out.”

Pear then turned to stating the obvious, “The “bailouts” of big banks and other financial firms during the economic crisis of 2008 and the rescue of the Big Three automakers that year and the next remain politically unpopular.” Lacking any tangible argument to challenge Rubio on this, Pear finds himself leaning against the Obama administration, rather than intended target Rubio. “Like many other observers of the health law, the Obama administration initially failed to appreciate the impact of the Rubio restrictions.”

But in reality, even the author is forced to admit, the blame lies with Obama, not Rubio. “Insurers were shocked by the sudden change. They had set 2014 premiums on the assumption that healthy people with old insurance policies would move into the new marketplace, but Mr. Obama allowed many of them to stay out."

The network news shows skipped over this story on Wednesday and Thursday, except for MSNBC at mid-morning Thursday:

JOSE DIAZ BALART: And one story making headlines, Hallie, this morning is a play by Rubio to undermine the Affordable Care Act.

HALLIE JACKSON: Sure. This is something he's been talking about on the campaign trail more and more over the last couple weeks. It's complicated, but it involves a provision about risk corridors that came up in the health care law that essentially provided some protection to insurance companies in case too many unhealthy people signed up for their plans. Bottom line is Marco Rubio is essentially taking credit for this as a way to kind of gut or at least try to undermine the health care law. 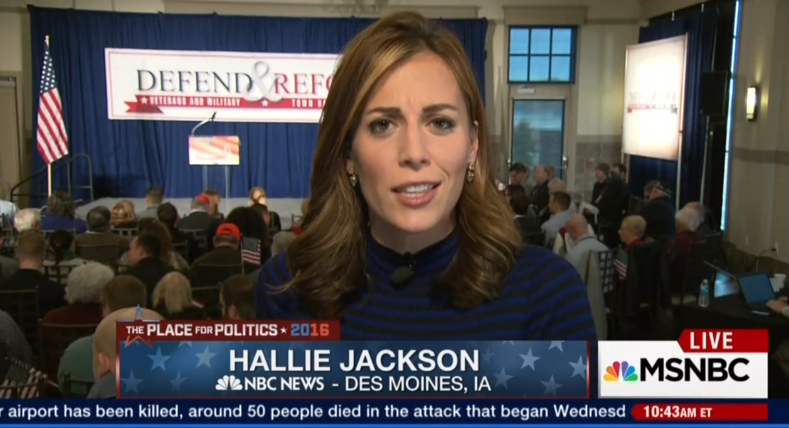 This does three things, Jose. First of all, look at as the campaign will say primary voters, Republican primary voters who despise the health care law. Any time you can talk about that and explain how you are trying to take it down is a good thing. Politically it does a couple other things. One, it allows Marco Rubio to talk about an accomplishment, something he has done, something he's worked on. This is a slam you often hear his rivals privately attacking him saying what has he actually done in the Senate, what kind of record can he point to other than comprehensive immigration reform which obviously failed, and he has distanced himself from. Secondly it’s a way to show contrast and comparison to one of his main rivals Ted Cruz that he can also be a fighter, that he can take on something in Washington, fight for a conservative cause. And do so as he likes to say relatively successfully, Jose.