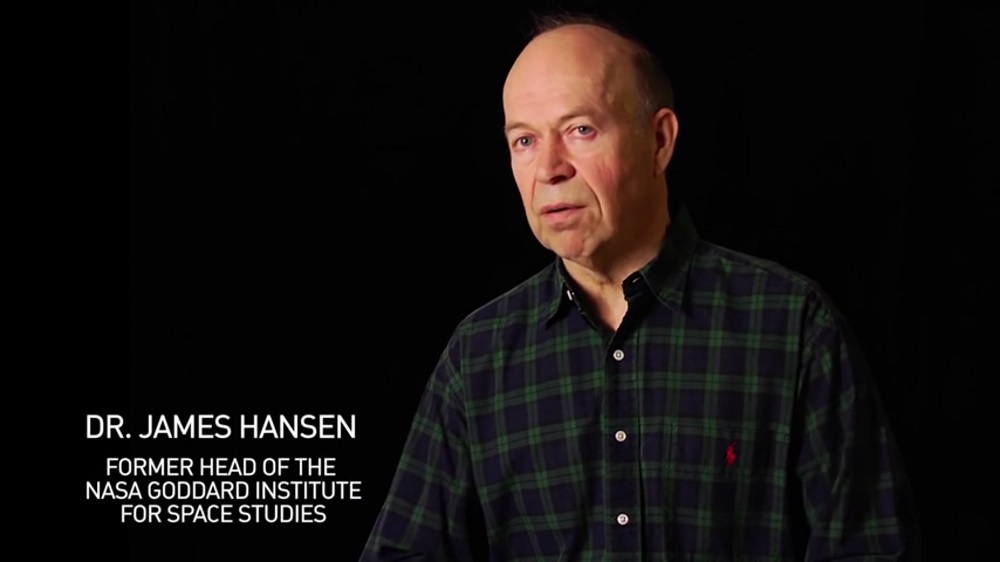 On Monday, the Associated Press launched a series of planned articles marking the 30th anniversary of former NASA scientist James Hansen's "opening salvo of the age of climate change," as liberal author Douglas Brinkley it. Correspondents Seth Borenstein and Nicky Forster trumpeted how "we were warned" by Hansen's June 1988 congressional testimony, and underlined that "thirty years later, it’s clear that Hansen and other doomsayers were right."

Borenstein himself filed a glowing accompanying report about Hansen, which cited just one critic of the academic turned climate activist. AP also marked the anniversary of Hansen's testimony by republishing their report from the time by journalist Guy Darst.

The AP journalists' lead article for the climate change series zeroed in on climate change's apparent impact across the world, along with various parts of the United States. They dropped the blunt "we were warned" statement in the first paragraph, and explained that "on June 23, 1988, a sultry day in Washington, James Hansen told Congress and the world that global warming wasn't approaching — it had already arrived." The pair continued with Brinkley's "opening salvo" statement, and merely noted that Obama-loving CNN pundit was a "Rice University historian." The correspondents also wasted little time before including their "Hansen and other doomsayers were right" claim.

After their slanted lead paragraphs, Borenstein and Forster devoted the bulk of their report to detailing how the "Earth is noticeably hotter, the weather stormier and more extreme. Polar regions have lost billions of tons of ice; sea levels have been raised by trillions of gallons of water. Far more wildfires rage." They cited how "according to an Associated Press statistical analysis of 30 years of weather, ice, fire, ocean, biological and other data, every single one of the 344 climate divisions in the Lower 48 states — NOAA groupings of counties with similar weather — has warmed significantly, as has each of 188 cities examined."

Several paragraphs later, the correspondents emphasized that "the statistics tracking climate change since 1988 are almost numbing. North America and Europe have warmed 1.89 degrees — more than any other continent. The Northern Hemisphere has warmed more than the Southern, the land faster than the ocean." They soon disclosed that their wire service "interviewed more than 50 scientists who confirmed the depth and spread of warming," and went on to quote several of them. As you might expect, one of the featured scientists was Michael Mann, who was one of the researchers at the center of the ClimateGate controversy.

Near the end of their joint article, Borenstein and Forster detailed how "NASA satellites have shown three inches of sea level rise (75 millimeters) in just the past 25 years. With more than 70 percent of the Earth is covered by oceans, a 3-inch increase means about 6,500 cubic miles (27,150 cubic km) of extra water. That's enough to cover the entire United States with water about 9 feet deep." The pair concluded that this data is "a fitting metaphor for climate change, say scientists: We're in deep, and getting deeper."

The lead paragraph of Borenstein's accompanying article on Hansen was just as blunt as the one he co-authored with Forster. He stated that "James Hansen wishes he was wrong. He wasn't." The correspondent soon added that "the hotter world that Hansen envisioned in 1988 has pretty much come true so far, more or less. Three decades later, most climate scientists interviewed rave about the accuracy of Hansen's predictions given the technology of the time." He disclosed that his interview of the scientist took place in a "New York penthouse apartment."

"I don't want to be right in that sense," Hansen told The Associated Press...That's because being right means the world is warming at an unprecedented pace and ice sheets in Antarctica and Greenland are melting.

Hansen said what he really wishes happened is "that the warning be heeded and actions be taken."

They weren't. Hansen, now 77, regrets not being "able to make this story clear enough for the public."

The AP correspondent also pointed out that "Hansen's [1988] forecast generally underestimated this decade's warming in Washington, overestimated it in Omaha, was about right in New York and mixed in Memphis."

Borenstein quoted the sole critic of Hansen fourteen paragraphs into his report. He first noted that "Clara Deser, climate analysis chief at the National Center for Atmospheric Research, said Hansen's global temperature forecast was 'incredible' and his extremes for the cities were 'astounding' in their accuracy. Berkeley Earth’s Zeke Hausfather gives Hansen's predictions a 7 or 8 for accuracy, out of 10." He added that "University of Alabama Huntsville's John Christy, a favorite of those who downplay climate change, disagreed. Using mathematical formulas to examine Hansen's projections, he concluded: 'Hansen's predictions were wrong as demonstrated by hypothesis testing."

The journalist buried a key detail about Hansen at the end of the accompanying article. He disclosed that "Hansen...has been arrested five times for environmental protests. Each time, he hoped to go to trial 'to draw attention to the issues' but the cases were dropped. He writes about saving the planet for his grandchildren, including one who is suing the federal government over global warming inaction. His advocacy has been criticized by scientific colleagues, but he makes no apologies."

It should be pointed out that Borenstein promoted his reporting on his Twitter account with the hashtag "#30YearsofWarming." One of the scientists that the correspondent cited in his lead report with Forster — Kathie Dello of Oregon State University — promoted this hashtag in a re-Tweet on her own Twitter account.