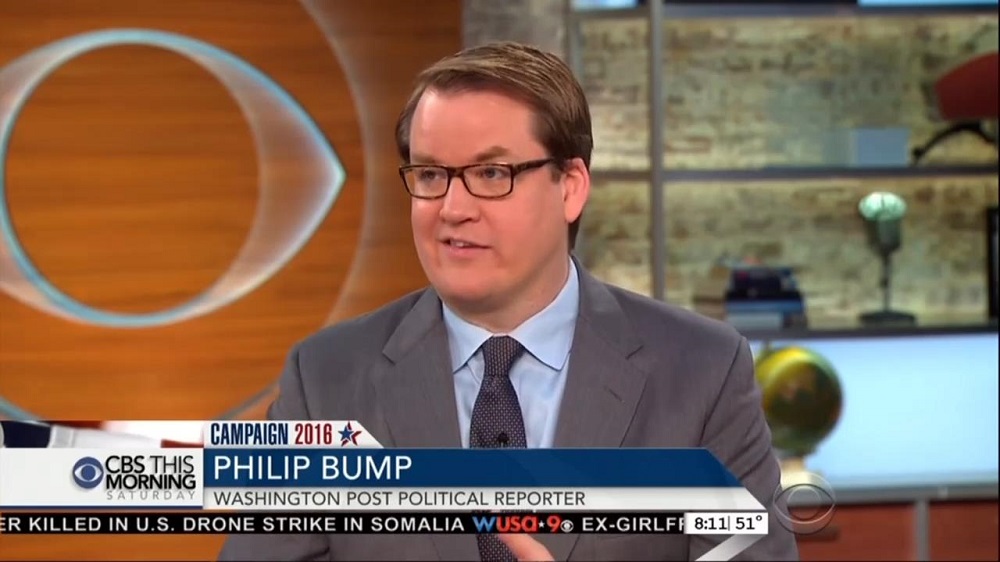 The Washington Post's Philip Bump followed the Huffington Post's example on Thursday in semi-seriously pursuing whether Ted Cruz is, in fact, "Lucifer in the flesh," as former House Speaker John Boehner recently put it. But instead of turning to a Satanist, the journalist consulted with a pastor/exorcist, even though he admitted that "of course there was no truth" to the Republican's jab at the Texas senator.

Bump led his item, "An exorcist told us how to rid Ted Cruz of Lucifer, just in case John Boehner is right," by lamenting Speaker Boehner's departure from Congress: "One of the reasons that John Boehner was fun to have on Capitol Hill was that the former House speaker would just say things and then he'd make a funny face. This didn't help him make the base of his party happy, but it was certainly appreciated by the media." He continued that "this Boehner reappeared on Wednesday" with his attack on the Republican presidential contender."

The New York-based writer remarked that his "first reaction, like anyone's, was that this was unexpectedly bold. My second reaction, like anyone's, was that of course there was no truth to it, which there isn't." He quickly added, however, that he "wondered what would actually happen if a member of Congress — or, should a lot of cards come up in Cruz's favor, the president of the United States — were literally possessed by Satan."

Bump's featured "expert" on exorcism was Pastor Bob Larson of the Spiritual Freedom Church in Phoenix, Arizona. Larson apparently "hadn't heard about the Boehner comments; when he did, he laughed." The journalist spent the following eight paragraphs summarizing the minister's evaluation process on whether a person is possessed by a demon and how he would drive out the demonic spirit.

"I would treat him no differently than I would treat anyone else," Larson said....When presented with someone who friends or family think may be possessed, Larson first ensures that the person has seen a therapist or doctor — tried, in other words, to eliminate all potential medical and psychological causes for the person's behavior.

If all of that has occurred, he then tries to figure out why the person might have been possessed....

Next? "Once you know there was the right of an evil spirit to enter," Larson said, "then the question is whether they are the true host of a spirit or just somehow tormented. And to do that, you demand to speak to the spirit and call the spirit forth. And it either comes or it doesn't."...Larson's goal is to get the demon to say, "I relinquish my rights to this person, and I go now to the pit or the abyss" — and he says that the demon will fight him the entire way.

The journalist disclosed that he's "a skeptic of demonic possession," but gave the pastor credit for his "procedure." He also took the time to ask Larson about the supposed accuracy of the famous movie, The Exorcist:

"They were trying to get the appropriate information from the spirit to expel it," he [Larson] said, "but where it's contrary is these priests were approaching it out of fear. They were terrified of the spirit. No true exorcist would ever endeavor such a task from a position of fear. You got at it from a position of strength and power through Christ and the gospel and the church."

Near the end his item, Bump sought the pastor's take on his earlier hypothetical: "[I]f Boehner is right and if Cruz is actually possessed, what is America supposed to do?" Larson's reply: "I'm not going to take a political stance and say vote for Trump or Hillary...I'd say, pray for the man. Pray that he will come to that realization...And pray that he doesn't get the nomination, if that's the case."

This isn't the first time that the Washington Post journalist has targeted Cruz. Back in March 2015, Bump hyped the senator's "baffling" interview on climate change with the Texas Tribune, and underlined that "there's not much Cruz got right here."