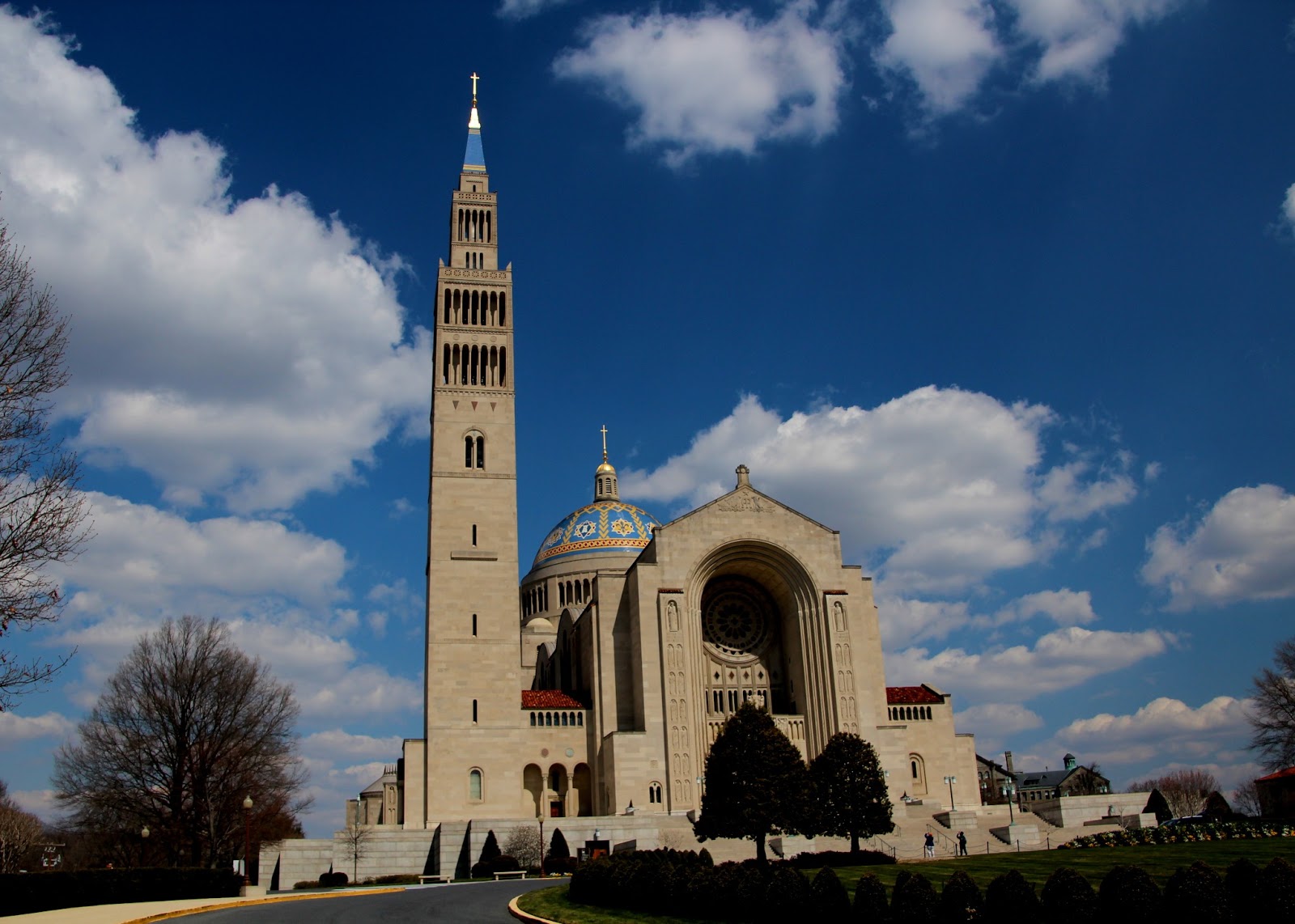 Washingtonian magazine hyped how "the Catholic Church is selling Northeast DC to developers" in a story in its February 2016 issue. Jeffrey Anderson played up how "Church organizations have been profiting by developing or selling their properties" in the area near the Catholic University of America over the past several years. However, Anderson failed to give any background regarding the Church buildings that are being redeveloped, and oddly included a property that hasn't been owned by a Catholic organization since 1984.

The reporter first summarized how "'Little Rome,' the...neighborhood named for the colleges, seminaries, and monasteries surrounding Catholic University, features some of the District's finest architecture." After dropping his "profiting by developing or selling" phrase, he underlined that "while the city welcomes the additions to its tax base, at least some community leaders worry that the trend threatens the neighborhood's character and shrinks the necklace of green space cutting through Northeast DC."

Anderson's first three examples were properties "on the block" — Holy Redeemer College, a former residence hall run by the Redemptorist order of priests and religious brothers; St. Joseph's Seminary, founded by the Josephite order; and the east campus of Howard University's School of Divinity. He gave two sentences for each property regarding possible redevelopment plans, but didn't give any additional information.

Since the 1970s, both the Redemptorists and the Josephites have shrunk, as fewer numbers of Catholic men have entered the congregations. The former religious order, founded by St. Alphonsus Liguori, used to have seminaries in northeastern Pennsylvania and Connecticut, but both closed by 1990. Their seminarians are now sent to one of three schools in Chicago, Boston, or Brighton, Massachusetts.

The Josephites, which were founded to minister to African Americans, now send their seminarians to the Dominican House of Studies, which is across the street from Catholic University. In 2013, seven new priests of the order were ordained, and they currently have 15 seminarians, but such small groups could be housed in other facilities, instead of maintaining the large St. Joseph's Seminary building.

Anderson lumped in the Howard University property, as "until 1984, it housed the Franciscans' Holy Name College." However, he didn't explain that the institution moved out of that property to a smaller facility in nearby Silver Spring, Maryland. The Franciscans currently have 19 seminarians studying for the priesthood in their East Coast province.

The writer then listed two additional properties as "developed" — Catholic University's South Campus and St. Paul's College. Again, he only gave two-sentence descriptions of what took place on those parcels of land: "In 2011, Catholic demolished three aging dorms and converted their nine grassy acres across Michigan Avenue from the university's main campus into Monroe Street Market, five city blocks of housing and retail." However, he left out that the anchor retailer in that stretch is Catholic University's bookstore, which is run by Barnes & Noble.

St. Paul's College was founded by the Paulist Fathers — which, like the Redemptorists, Josephites, and Franciscans, have seen a sharp downturn in the number of vocations in recent decades. Currently, only eight seminarians are housed at the college — either attending the formation program or studying at nearby Catholic University for their "graduate studies in theology."

Anderson's seventh property — labeled in its own category as "The Holy Grail" — was the Franciscan Monastery of the Holy Land in America. He detailed that "no development is currently planned, but the Franciscans regularly field offers for the crown jewel of Catholic-owned properties: 42 acres with park-like gardens, a Byzantine-style church, and replicas of Catholic shrines and Roman catacombs."

Bizarrely, the reporter didn't point out that the monastery is an attraction for Catholic and non-Catholic tourists alike, drawn by the "park-like gardens...church, and replicas." On TripAdvisor.com, 106 users have gushed about the "hidden gem" and "soul-stirring serenity" of the institution.

While it may not have been intentional, Anderson's article gives the impression that the Catholic orders and institutions care more about the money from the property sales than preserving "the neighborhood's character" and the "green space" in the area.

It should be pointed out that while the Redemptorists, Josephites, Franciscans, and Paulists are struggling with attracting men into their orders, the aforementioned Dominican House of Studies is struggling to keep up with the numbers of Dominican seminarians and cooperator brothers. Currently, 57 men are in "post-novitiate formation" at the facility.

A relative newcomer to the "Little Rome," neighborhood, the Dominican Sisters of St. Cecilia, based in Nashville, Tennessee, now house some of their sisters in the former formation house of the Oblates of St. Francis de Sales, which was also near Catholic University. As of 2013, the order had over 60 women in formation as sisters, and 27 more entered in August of that year. Both Dominican communities carry the reputation of being "conservative;" or, more properly, faithful to the teachings of the Catholic Church. That could explain much of their success.