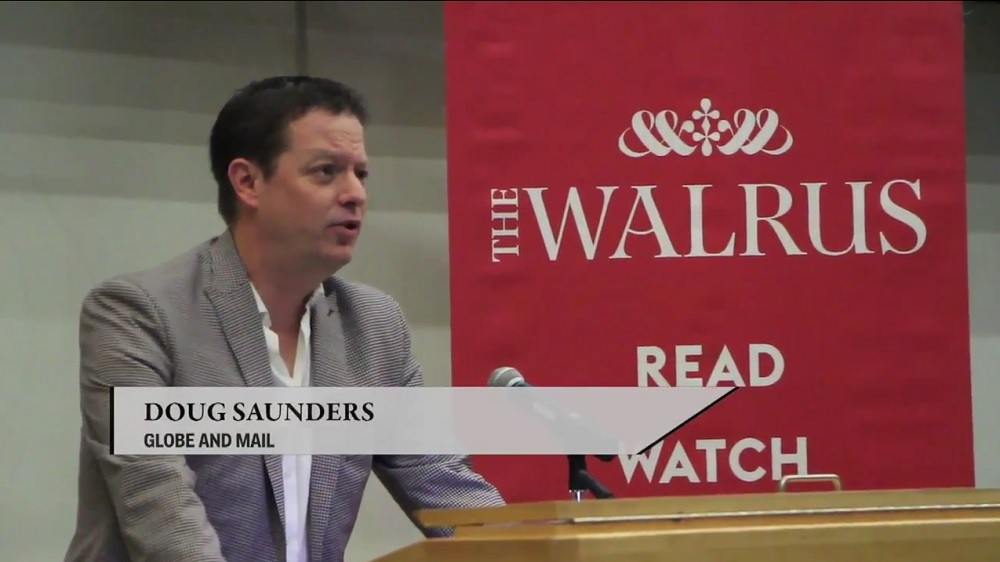 [Update, November 14, 2015, 1:23 pm Eastern: Saunders deleted several of the Tweets attacking people for praying for Paris. The screen caps of the posts now appear below. He also continued his anti-praying theme on Saturday (see last screen cap below).]

Doug Saunders, a leftist international-affairs columnist for Canadian newspaper The Globe and Mail, attacked the many people on Twitter who were calling for prayers for the citizens of Paris in the wake of the terrorist attacks in the French capital on Friday evening: "'Pray for Paris' seems a cruel slogan to direct at a country whose very existence is a mass secular revolt against religious authority."

Several Twitter users — including this writer — challenged Saunders for his anti-religious post. The writer replied by placing the blame for the mass murder on all religion in general, and twice contended that those who were asking for prayers were being "selfish:" 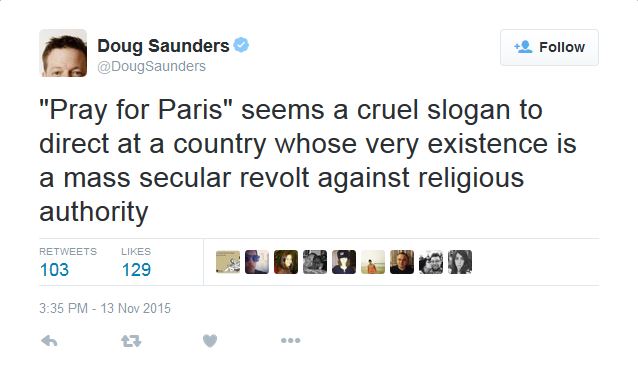 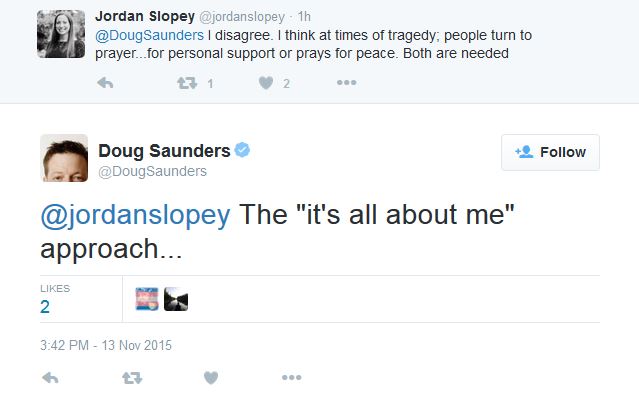 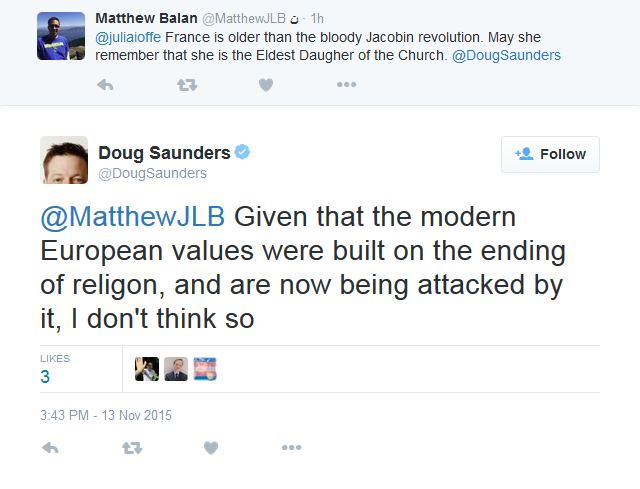 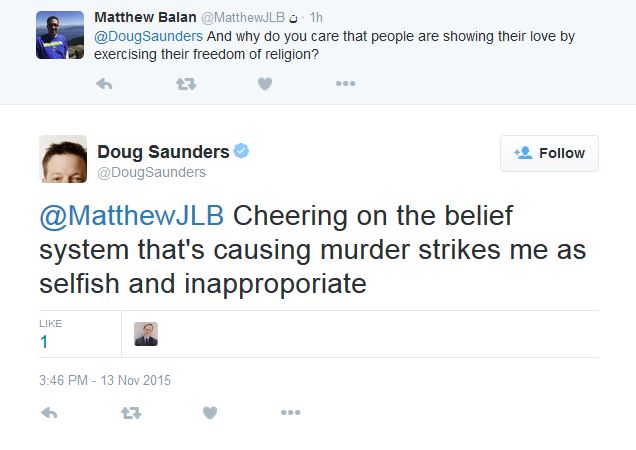 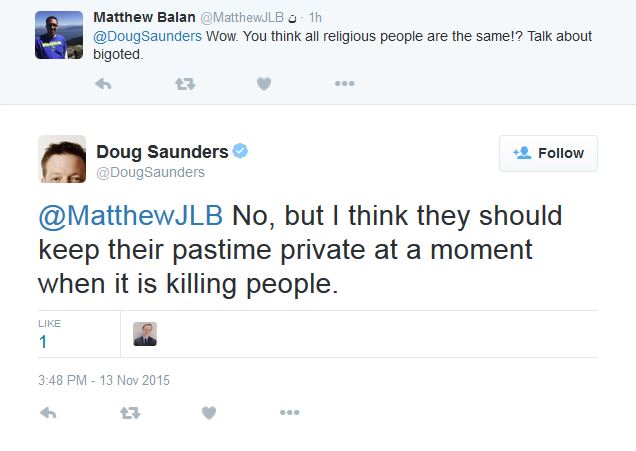 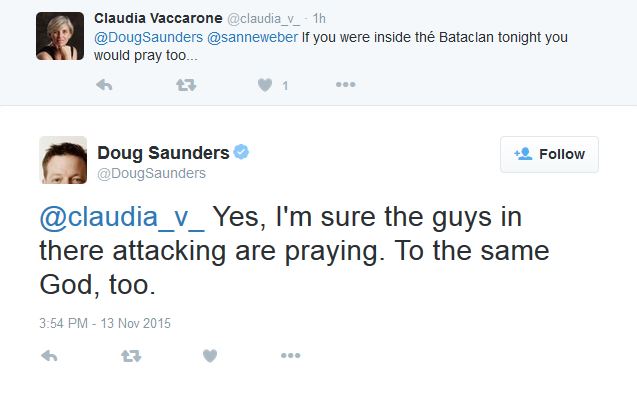 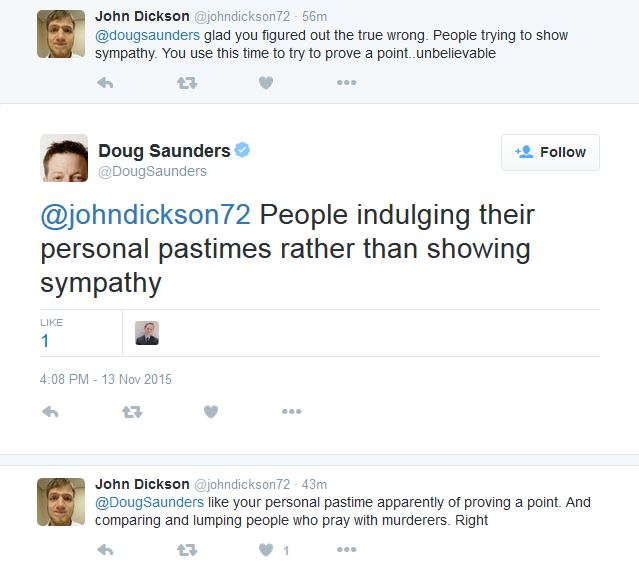 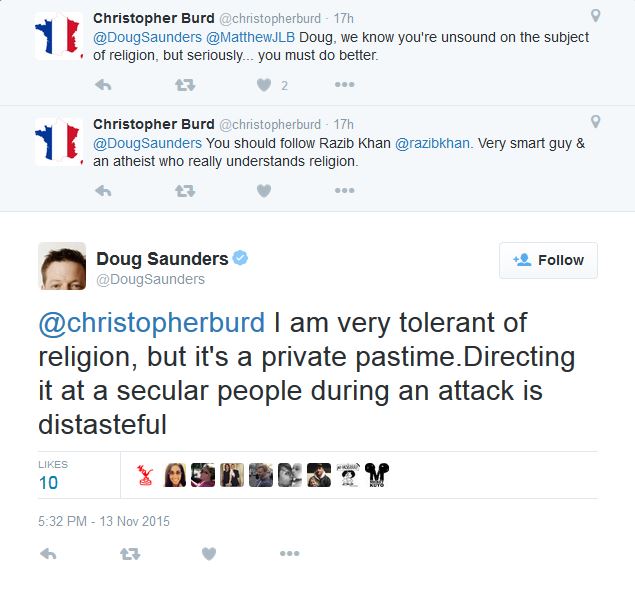 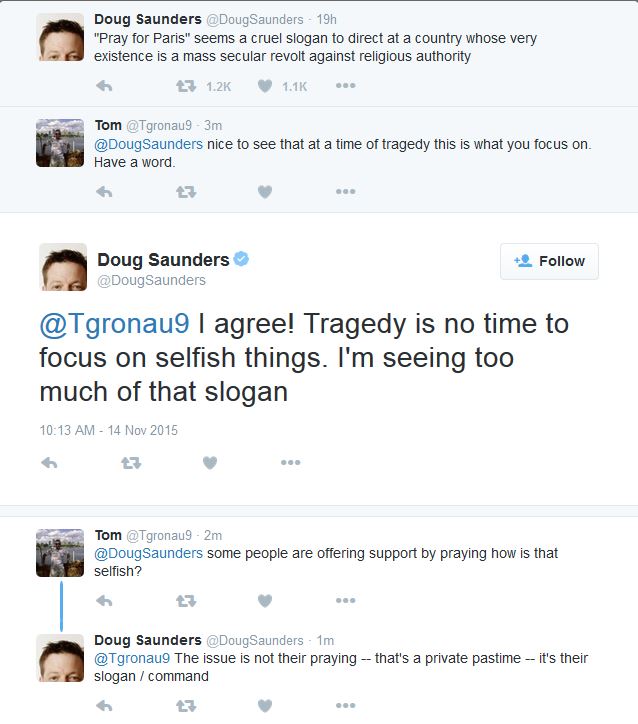