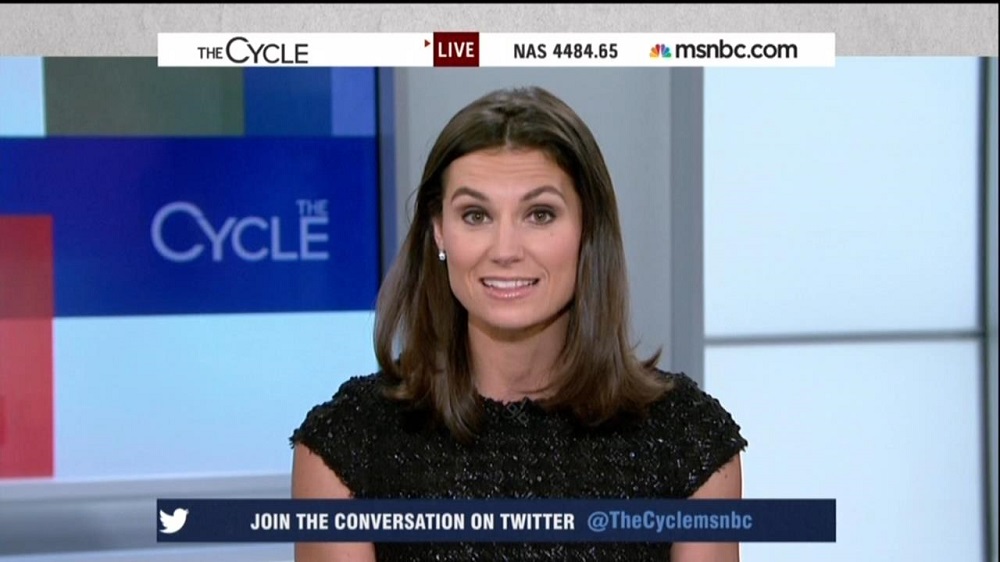 MSNBC anchor Krystal Ball and NBC correspondent Anne Thompson shamelessly politicized the Ebola crisis in a Thursday op-ed on MSNBC.com. Ball and Thompson bewailed how due to "Senate dysfunction and NRA opposition, we don't have a surgeon general right now....during a time when, we not only have Ebola arriving on our shores, but are also dealing with the mysterious Enterovirus, which is infecting and contributing to the deaths of children in the U.S."

The two on-air personalities led their piece, "How the NRA is making the Ebola crisis worse," by noting that "poll by Harvard found that 39% of U.S. adults are concerned about a large outbreak here, and more than a quarter fear someone in their immediate family could get sick with Ebola." They continued with a lament: "If only there was someone around who could educate the American public about the actual level of risk. Someone who was trusted as a public health expert and whose job it was to help us understand what we really need to worry about and what precautions we should take."

Ball (the winner of the MRC's "#obamacarefail" Dishonor Award) and Thompson underlined that these roles are among the "primary responsibilities of the United States surgeon general," and that "there's just one problem: Thanks to Senate dysfunction and NRA opposition, we don't have a surgeon general right now. In fact, we haven't had a surgeon general for more than a year now — even though the president nominated the eminently qualified Dr. Vivek Murthy back in November 2013."

After devoting several paragraphs touting the role of the surgeon general, the two NBC News employees outlined their case for why the National Rifle Association is to blame for the situation:

...Murthy's nomination has been held up by Republicans and a few red state Democrats due to this surprisingly controversial stance: He believes that guns can impact your health. Well, to be fair, this conservative coalition is not troubled by his stance, so much as they are fearful of the NRA, which decided to try to scuttle Murthy's confirmation. The NRA wrote a strongly worded letter, Rand Paul put a hold on the nomination, and Red State Democrats begged Harry Reid to not force them to vote. It's funny that the strongly worded letters of ordinary citizens don't seem to have quite the same effect.

So thanks to NRA power and Senate cowardice, we are left with no surgeon general during a time when, we not only have Ebola arriving on our shores, but are also dealing with the mysterious Enterovirus, which is infecting and contributing to the deaths of children in the U.S.

One might conclude that, in Ball and Thompson's view, the millions of Americans who are NRA members are not "ordinary citizens."

The two writers then boosted Dr. Murphy with two quotes from Dr. Paul Farmer, whom they labeled the "chief of the Division of Global Health Equity at Brigham and Women’s Hospital in Boston." However, they failed to disclose that Dr. Farmer donated to both presidential campaigns of Barack Obama, as well as that of John Kerry in 2004. He also endorsed former Obama administration official Don Berwick in the Massachusetts Democratic primary for governor in 2014.

Near the end of their op-ed, Ball and Thompson undercut their argument bemoaning the lack of a surgeon general by noting that "Tom Frieden, the head of the Center for Disease Control, has been filling in for part of the surgeon general's role" in the Ebola crisis. However, they asserted that he has more important things to tend to: "[H]e has his own vital work to attend to as both head of the CDC and the U.S. Ambassador to the World Health Organization."

The two NBC News personalities pointed out that Frieden was a "controversial pick" because of his "aggressive approach to combating smoking, as well as his support of distributing condoms and clean needles to combat the spread of HIV in New York City," but cited the Ebola situation as the reason why Frieden was confirmed earlier in September, and as evidence that "this Senate can act. It's time they move with equal haste to let Dr. Vivek Murthy get to work as our next surgeon general."