Did The Reverend Al Sharpton Not Realize Bachmann Was Quoting Scripture?

It's one thing for your average, secular liberal not to know the New Testament.  But for the Reverend Al Sharpton not to know better?

On his MSNBC show this evening, Sharpton rolled video of Michelle Bachmann, after making the case for self-reliance, saying "if anyone will not work, neither shall they eat." Even this NewsBuster, who is anything but expert in the area, realized that Bachman was quoting Scripture to the effect that people who are unwilling--not unable--to work don't deserve support.  But Sharpton incredibly claimed Bachmann meant that "if you don't have work, you should starve."  Video after the jump. 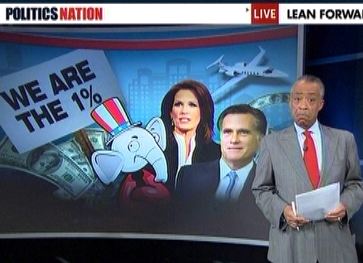 What's worse: that Sharpton intentionally misinterpreted Bachmann's remark, or that he was ignorant of the Biblical verse she was quoting? Watch Sharpton totally misrepresent Scripture and what Bachman was saying.

AL SHARPTON: 76% want to bridge the economic gap. But Michelle Bachmann isn't the answer either.

MICHELLE BACHMANN: Our nation should stop doing for people what they can and should do for themselves. Self-reliance means, if anyone will not work, neither shall they eat.

SHARPTON: If you don't have work, you should starve.  Is that her vision of America?  76% think this country is out of balance.  Republicans aren't the answer.