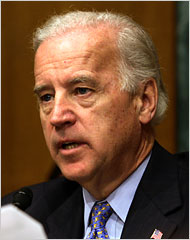 It's time for a TGIF edition of one of our favorite games: WIARHSI. For you beginners, that's "What If A Republican Had Said It?"

What if a Republican had said, in explaining why schools in Iowa are performing better than those in Washington:

There's less than one percent of the population of Iowa that is African American. There is probably less than four of five percent that are minorities. What is in Washington? So look, it goes back to what you start off with, what you're dealing with.

Now, it's true that the person in question added:

When you have children coming from dysfunctional homes, when you have children coming from homes where there's no books, where the mother from the time they're born doesn't talk to them — as opposed to the mother in Iowa who's sitting out there and talks to them, the kid starts out with a 300 word larger vocabulary at age three. Half this education gap exists before the kid steps foot in the classroom.

On the other hand, as an aggravating element, imagine that the same hypothetical Republican had a history of insensitive racial comments, including suggesting that you have to be from India to be at a 7-11 or Dunkin Donuts, and calling a black candidate "clean and articulate."

OK, then. Ready to play? Good. Please estimate the following:

Of course, it wasn't a Republican who said this. It was Senator and presidential candidate Joe Biden (D-Del.), in an interview with the editorial board of the Washington Post. WaPo covered as best it could for Biden, describing his statement as a "stumble." And the New York Times and Los Angeles Times? If they've written anything about the incident, I can't find it. Here and here are the results pages for "Biden" from their own respective search engines.