Nets Fear Hillary’s ‘Near-Death Experience’ in Iowa; Why Can’t She ‘Put Away’ Sanders?

On Tuesday, all three network morning shows fretted over Hillary Clinton barely defeating Bernie Sanders in the Iowa caucus. NBC’s Today was the most melodramatic, with co-host Matt Lauer declaring: “Hillary Clinton gets to come out of Iowa and say, technically, ‘I'm the winner,’ but this had to be a near-death experience for the once-presumptive nominee.”

Meet the Press moderator Chuck Todd hyped: “Let’s call it what it is, she avoided a complete disaster, okay? A win is a win. It would have been a disaster if she would have lost....The Clinton campaign may have won technically, they're acting like they lost. The Sanders campaign is acting like they won.” 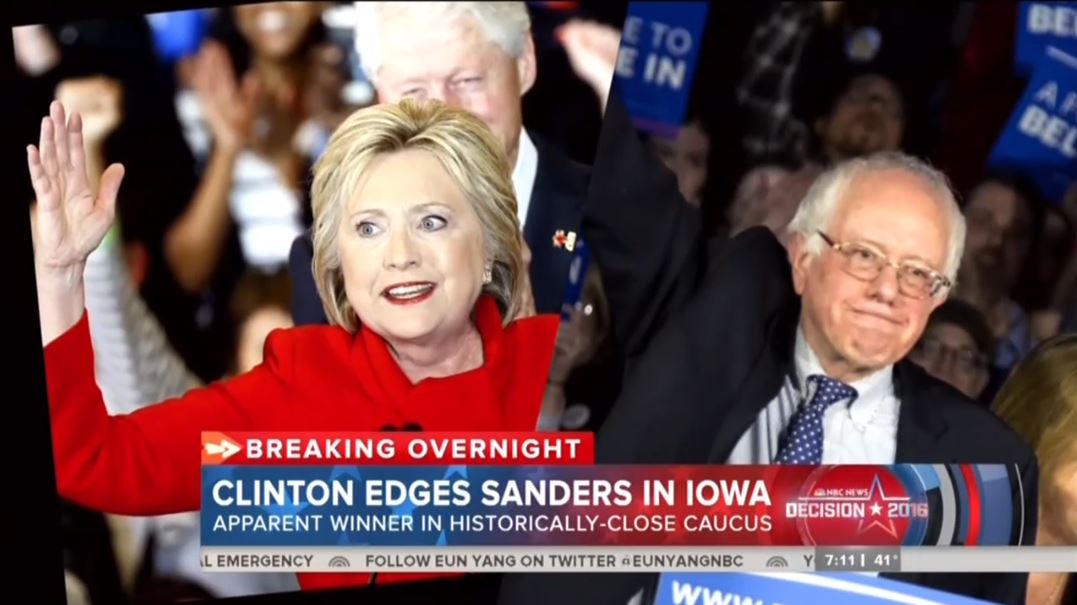 In a report at the top of the 7:30 a.m. ET half hour, Andrea Mitchell warned:

So this is really a reality check. A tough reality check for Hillary Clinton. She has to realize now that she only got a smattering of votes of younger people. He got 70% of those under 30. And this means a tough road ahead, especially in the caucus states where he will be especially strong.

On ABC’s Good Morning America, correspondent Cecilia Vega wondered: “The big question right now, though, if Hillary Clinton is the winner in Iowa, just how big of a win is it really?” She concluded: “A Democratic Socialist from Vermont putting a serious dent in the Clinton armor.”

Democratic strategist Donna Brazile called for a campaign “reset” for Clinton: “Going forward, she has to reset her campaign to be more like a movement, not a traditional campaign, for something that galvanizes young people and those who are still interested in change.”

You know, I think Hillary Clinton has problems and I think this really underscored that. I mean, here’s – you know, her only opposition, the one Democratic candidate, and she has, you know, Bernie Sanders, an avowed socialist, who never sought office as a Democrat, gave her a real run. This was not a victory for Hillary Clinton.

However, Schieffer reassured that Clinton’s “firewall” would stop Sanders:

And you go now into New Hampshire, which is next door to his home state, I think Bernie Sanders is gonna win there. The bad news for Bernie – for Bernie Sanders – is this may be where it all ends for him. Once you get to South Carolina, I mean she’s got a firewall there. I mean, let's not forget, Bill Clinton was called the first black president in America.....he's going to be at every black church in South Carolina. You’re gonna see him out there. I just don't see where Bernie goes from here.