After Pushing Minimum Wage Hike, NBC and ABC Give 42 Seconds to Report Showing it Would Cost Jobs

While all three broadcast networks happily promoted President Obama's crusade to hike the minimum wage following his State of the Union address, NBC's Today and ABC's Good Morning America only managed to provide a scant 42 seconds of coverage on Wednesday to a new Congressional Budget Office study showing such a move would cause 500,000 people to lose their jobs. 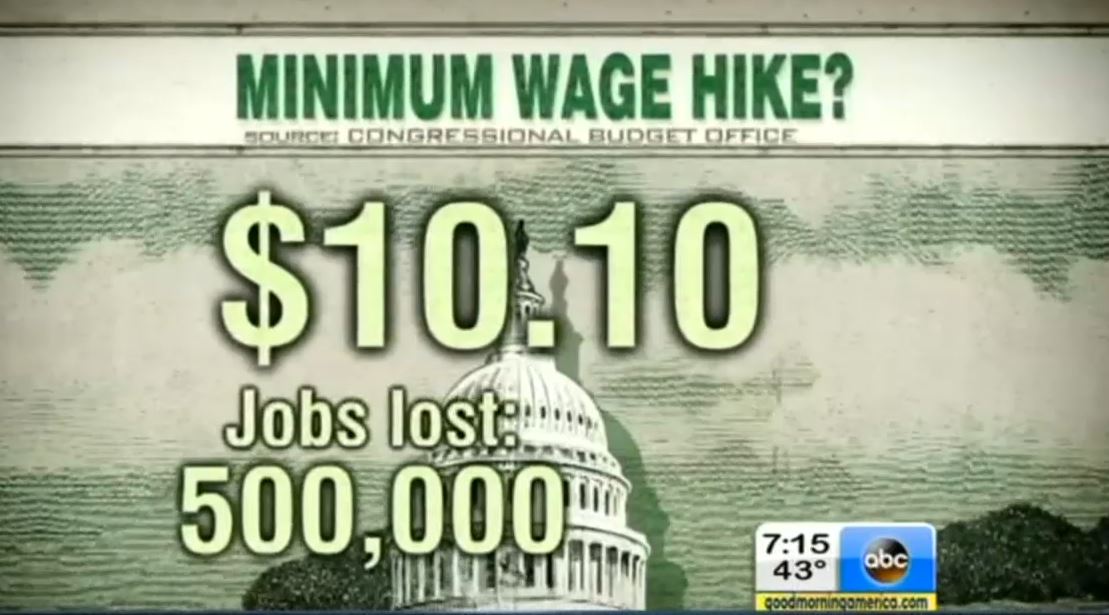 Not only did the networks initially hype calls for an increase in the minimum wage, but they ignored or downplayed criticism of the policy. A February 12 Business and Media Institute study found that critics were left out of 89% of all network stories on the minimum wage following the State of the Union.

The Wednesday news briefs on the NBC and ABC morning shows each lasted a mere 21 seconds. Good Morning America's Josh Elliott warned that "President Obama's drive to increase the minimum wage may have hit something of a speed bump" due to the CBO report, but made sure to include administration spin: "The White House, though, fired back, saying most experts disagree with that assessment."

Today's Natalie Morales saw "mixed results" in the minimum wage study, noting that it "found that raising it from $7.25 to $10.10 an hour would mean more pay for more than 16 million people," in addition to getting half a million people fired. 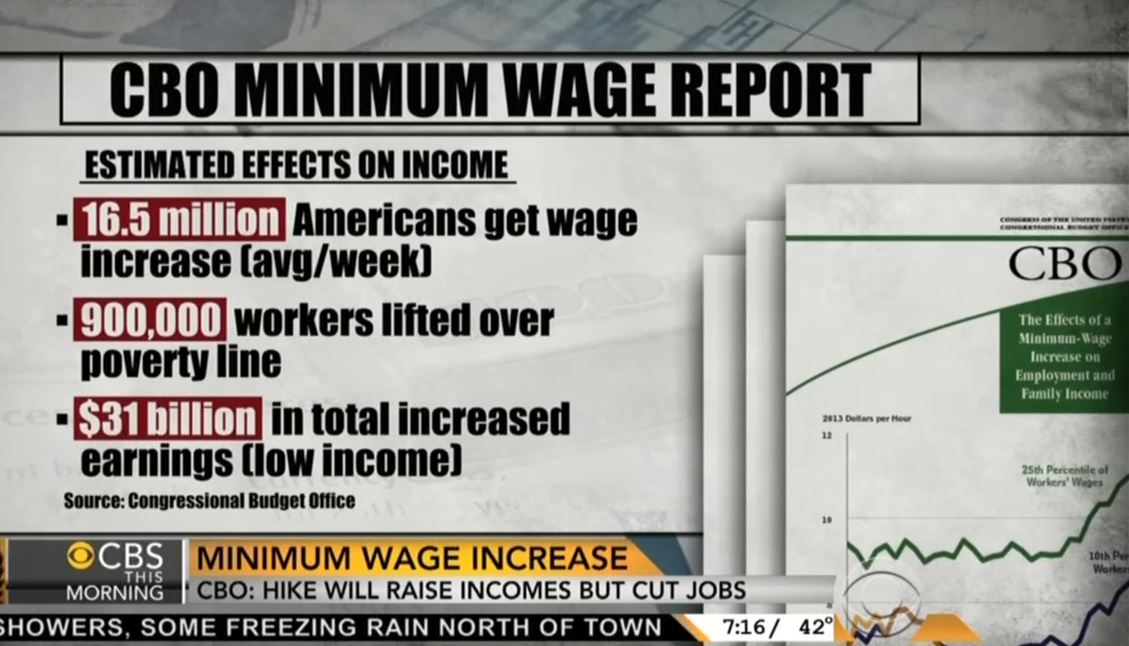 On CBS This Morning, co-host Norah O'Donnell similarly softened the findings, declaring: "This morning both sides in the fight over boosting the federal minimum wage have new ammunition....a $10.10 minimum would increase the income of nearly 17 million Americans and it would lift 900,000 workers out of poverty."

Fellow co-host Charlie Rose followed: "But those gains could come at a steep cost. The elimination of 500,000 jobs."

There's a lot at stake politically with this report because the President and Democrats are pushing this raise in minimum wage to run against Republicans in this election year. Yesterday the White House came out and said, "Look, this does not reflect the consensus view of the economists." That the minimum wage has been studied for years and its effect on unemployment. What do you take about their argument?

Hilsenrath rejected it: "You know, I think you have to look at the back of the report. I counted up 61 references to different outside studies that were done on the minimum wage and its effects on employment and income. It looks to me like the CBO did its best job of coming with a down-the-middle – coming up with a down-the-middle point of view."