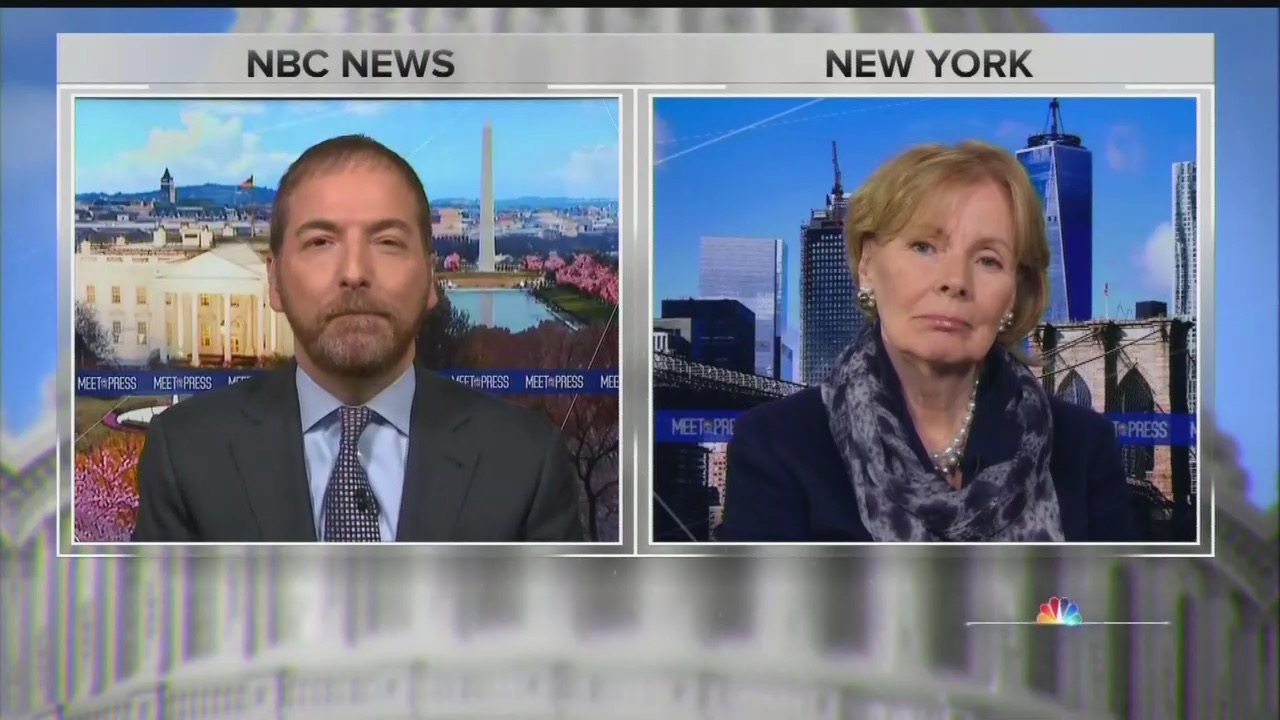 Is it really too much to ask that the media report a quote, accurately? Apparently it is for NBC. On Meet the Press Sunday, NBC political director and MTP host Chuck Todd cut short a clip of Attorney General William Barr defending the DOJ’s decision to dismiss the Michael Flynn case in a CBS interview. After Todd edited the clip to take out crucial context, he absurdly proceeded to bash Barr’s truncated comments with his panel.

Discussing an interview that Barr gave to CBS’s Catherine Herridge, Todd prompted his guests to attack Barr for supposedly admitting that he was being political when he dropped the charges against Michael Flynn:

CHUCK TODD: You brought up Bill Barr. Peggy Noonan, I want you to listen to this Bill Barr answer to a question about what will history say about this. Wait until you hear this answer. Take a listen.

CBS'S HERRIDGE: When history looks back on this decision, how do you think it will be written?

BARR: Well, history is written by the winners so it largely depends on who's writing the history.

TODD: I was struck, Peggy, by the cynicism of the answer. It's a correct answer, but he's the Attorney General. He didn't make the case that he was upholding the rule of law. It was almost admitting that, ‘Yeah, this is a political job.’

However that is not all Barr said. In that very same answer NBC played, he continued to say the following: “But I think a fair history would say it was a good decision because it upheld the rule of law. It upheld the standards of the Department of Justice, and it undid what was an injustice.” So, basically exactly the opposite of what Todd accused him of saying.

Thankfully, the Daily Caller’s Greg Price, who formerly interned for NewsBusters, caught the deceptive editing and showed the full clip to point out how Todd misled viewers:

Today on Meet The Press, @chucktodd wildly took context out of an answer AG Bill Barr gave about his decision to drop the case into Gen. Michael Flynn.

I cut Todd's segment along with Barr's full answer together. Look at how blatantly dishonest this is. pic.twitter.com/tODOEwL48V

That tweet was noticed by DOJ spokeswoman Kerri Kupec, who tweeted at Meet the Press. Even President Trump demanded the network fire Todd.

After being called out for their dishonesty, the Meet the Press Twitter account tweet-replied an apology of sorts to Kupec:

You’re correct. Earlier today, we inadvertently and inaccurately cut short a video clip of an interview with AG Barr before offering commentary and analysis. The remaining clip included important remarks from the attorney general that we missed, and we regret the error.

As of Monday morning, however, there hasn’t been an official apology from NBC or Chuck Todd or a retraction. This seems to be a pattern for the media. Cut a quote short out of context or completely fake footage for a story, then claim it was a mistake (only when caught), rinse and repeat. Here’s a few others times the media has been caught spreading fake news with deceptive edits and faked footage recently: