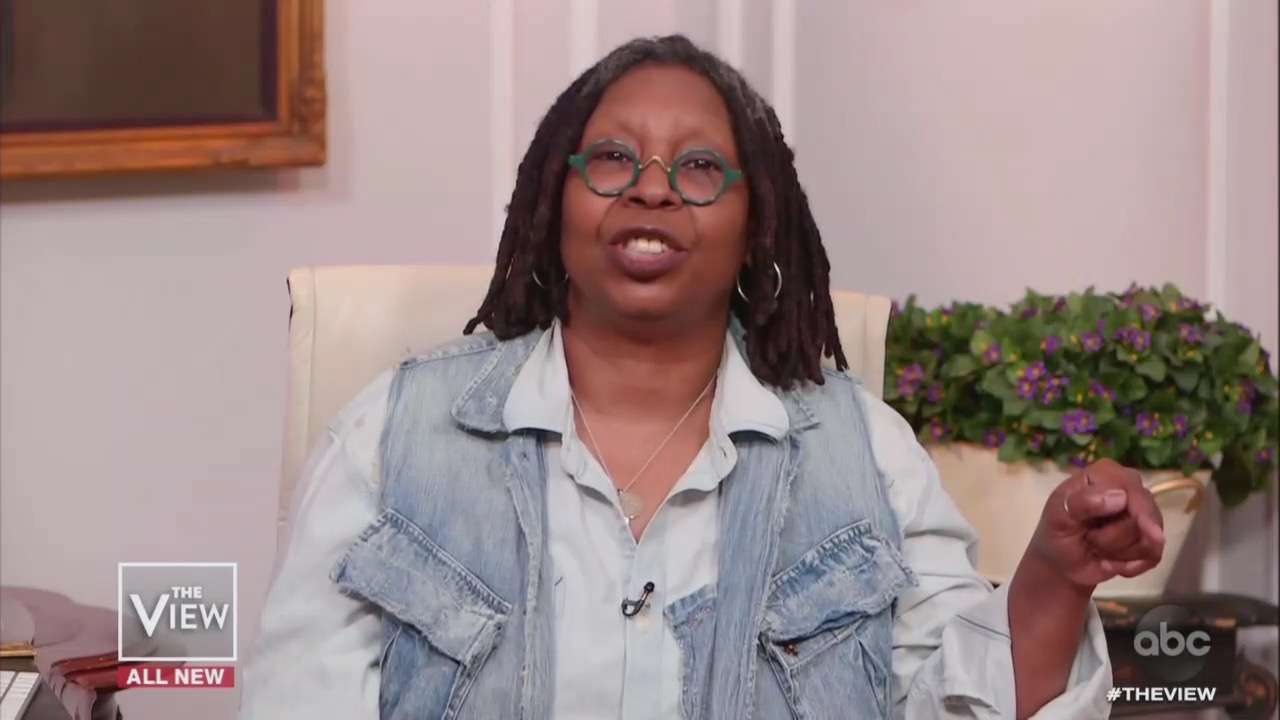 The hosts of The View went after Dr. Deborah Birx of President Trump’s coronavirus task force team, Monday, after she scolded the media for continuing to wail about Trump’s disinfectant remark from last Thursday’s briefing. Sunny Hostin attacked Birx for not following the media’s orders, while Whoopi Goldberg claimed Trump’s sloppy remarks made him on the same level as a Nazi death camp doctor.

Goldberg began by worrying kids were going to be "injecting disinfectant" into their bodies. Hostin falsely claimed that Trump had provoked a spike in calls to poison control centers (actually, they’ve been up since March):

“There were spikes in those calls in New York, Michigan, Maryland and Illinois after that conference. So again, people listening to this president, their lives become endangered because of the information that he is putting out!” she wailed.

Hostin added that Birx had "lost her integrity" and was “part of the problem”:

HOSTIN: [S]he actually implied that the media was to blame for that story to still be in the news cycle, and I believe at this point Dr. Birx is complicit in what's going on because when there are times like this, good people with integrity need to stand up and need to speak truth to power. You can't be complicit in a time like this, Dr. Birx, and so I think she has become part of the problem.

... I know she has had a storied career, but at this point she is losing her integrity, and I -- I'm really surprised and disappointed in Dr. Birx. Very, very disappointed.

Hostin also condemned Dr. Fauci a few weeks ago when he also abstained from attacking President Trump at the media’s request.

Co-host Joy Behar agreed that Birx should’ve stood up and “objected” to Trump during that briefing. But she focused her rant on attacking the president as a senile old man, instead:

I feel like at this point she's less of a doctor and more like an elderly care nurse to this guy, like, he's running around the house in his pajamas yelling at the TV set, not getting up out of bed until late. I don't know what -- he's losing it. He's like the grandpa who walks out in the middle of the birthday party with his pants off, and then Dr. Birx as surrogate at the party has to say, grandpa is just liberating himself. Isn't he funny?

This is rich, considering how fervently Behar and her co-hosts defend Biden as “sane and stable” despite the man confusing his own wife with his sister, claiming half the population of the United States has died due to guns, and many more shockingly bad blunders, the media continues to ignore.

But Whoopi kept up the fear mongering, claiming Trump had directed people to drink bleach and so parents had to now tell their kids not to drink it:

“Well, I have to say the reason that the story is still in the news is if you have little kids, you have to constantly explain to them, no you cannot drink bleach. You cannot do this,” she scolded.

But Whoopi brought the discussion to next-level nuttiness saying Trump was like Josef Mengele, the Nazi doctor at Auschwitz, who earned the moniker "angel of death":

"You know, the last person that really even suggested anyone use bleach was a man called Dr. Mengele, and he did bad things to people. So we don't discuss bleach," she warned.

Finally, Whoopi ended the segment blaming journalists and Dr. Birx for supposedly not calling out Trump in the moment. “She should have said, no, sir. No one can ingest bleach ever because it kills. That's what they needed to do, and they didn't."