'View' Admits Worse Economy Gets, More Biden Has to 'Benefit' at Election: He'll 'Take Care of Us' 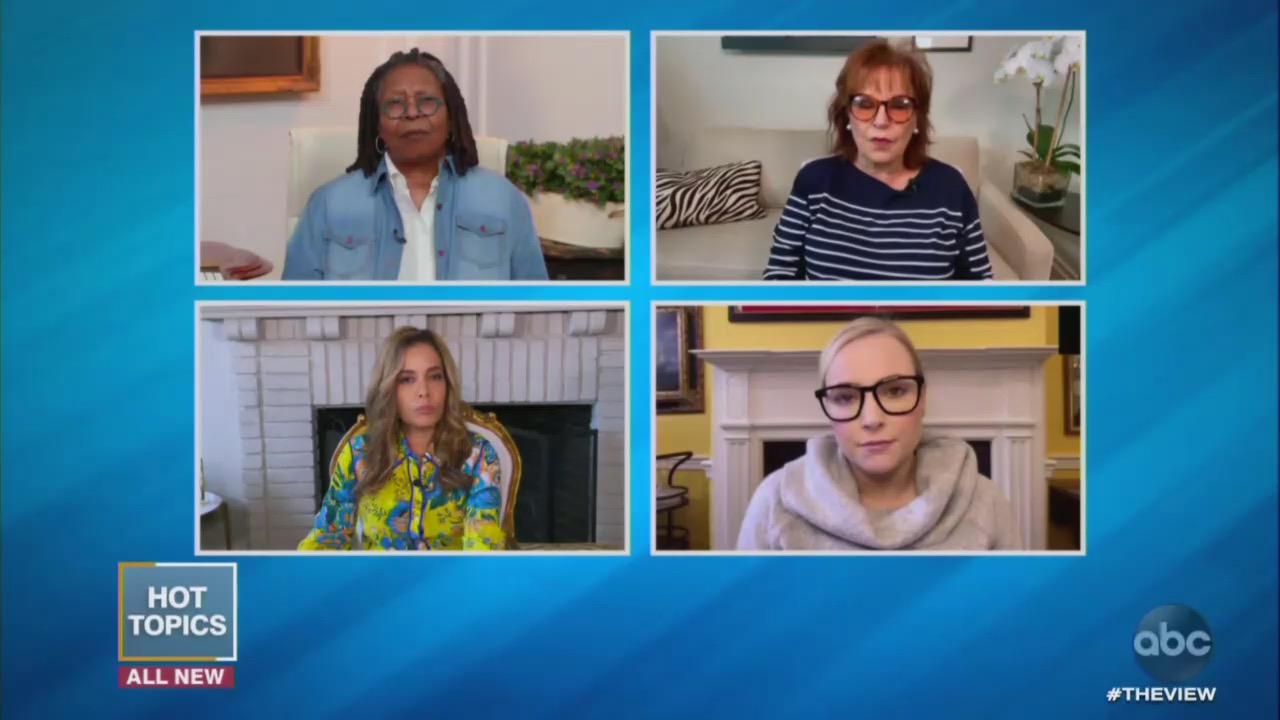 The hosts of The View are doing their best to prop up Joe Biden’s presidential campaign, even offering him free advice and future media appearances on their show. After Joy Behar confidently claimed Biden could disappear and still win the election, she had a change of heart on Friday’s show, saying that he needed more media air time to counteract Trump’s “bloviating.” Each host fawned over the “sane” and “stable” Biden as their dream president.

At one point, Meghan McCain even admitted that more people losing their jobs to the coronavirus lockdown, could only help Biden’s campaign.

Co-host Whoopi Goldberg began the show wondering if Biden needed to “excite” the base or stay out of the limelight. Behar said she was done with Trump’s “excitement” and she wanted someone who was “sane” and “stable” like Biden:

“No. I think that what you need is somebody who is stable. You need somebody who is going to bring sanity, stability, empathy, a sense of calm to the nation,” she said, adding that Biden would “take care of us” during our national time of “pain.”

She also demanded the media give Biden more air-time, offering to boost his campaign with appearances on their show:

Well, he does need more exposure. I'll give him that. I mean, this guy is on every night, bloviating for 2, 3 hours, taking questions, making up stories. Biden could use a little air time, and I think that the media should start giving it to him, starting with us. We should have him here on a regular basis.

After saying that she was voting for Biden in another interview this week, Meghan McCain revealed that she was hoping Biden would put Republicans and independents in his cabinet to appeal to never Trump Republicans such as herself:

If we all know Joe, and all of us on this show do, I actually think it has the potential to be a really bipartisan cabinet, and this is a conjecture of my own beliefs. Nothing I know. That we could see Republicans and Democrats and independents in this cabinet, and I do think to Joy's point, this country is in a lot of pain, and if there's one thing that I'm constantly striving for, is for us to be meeting in the middle.

Then McCain admitted that the worse the economy gets, the more Biden has “to benefit” from Americans suffering:

Finally it was Sunny Hostin’s turn to offer her advice to Biden, which was the same she gave on Wednesday, namely that Biden needed to pick a female black VP if he wanted to win the election:

“My suggestion is that Joe Biden really needs to follow that advice and make sure that those voters, the most loyal voters to the Democratic party, are going to turn out in droves,” she urged.

In another segment, the hosts claimed that the United States was “afraid” to elect a female president. Behar also used the opportunity to puff up the egos of already over-inflated, anti-Trump journalists:

By the way, before I get off this, I want to just give a shout out to the women in this country, our American journalists. Their coverage of these task force things that Trump is doing every night is inspiring. I mean, they are asking the hard questions. (PBS's) Yamiche Alcindor, I want to say, good work, (CBS's) Paula Reid, (CNN's) Kaitlan Collins, they are going up against Trump, and they will not let go. That is exactly what all of our journalists need to keep doing. Every time he says, fake news, I say, Alcindor, Yamiche, Alcindor. She's brilliant. She's wonderful. Anyway.