‘View’ to Abrams: Tell Biden How Offensive It Would Be to Not Pick a Black Female, Like You, For VP 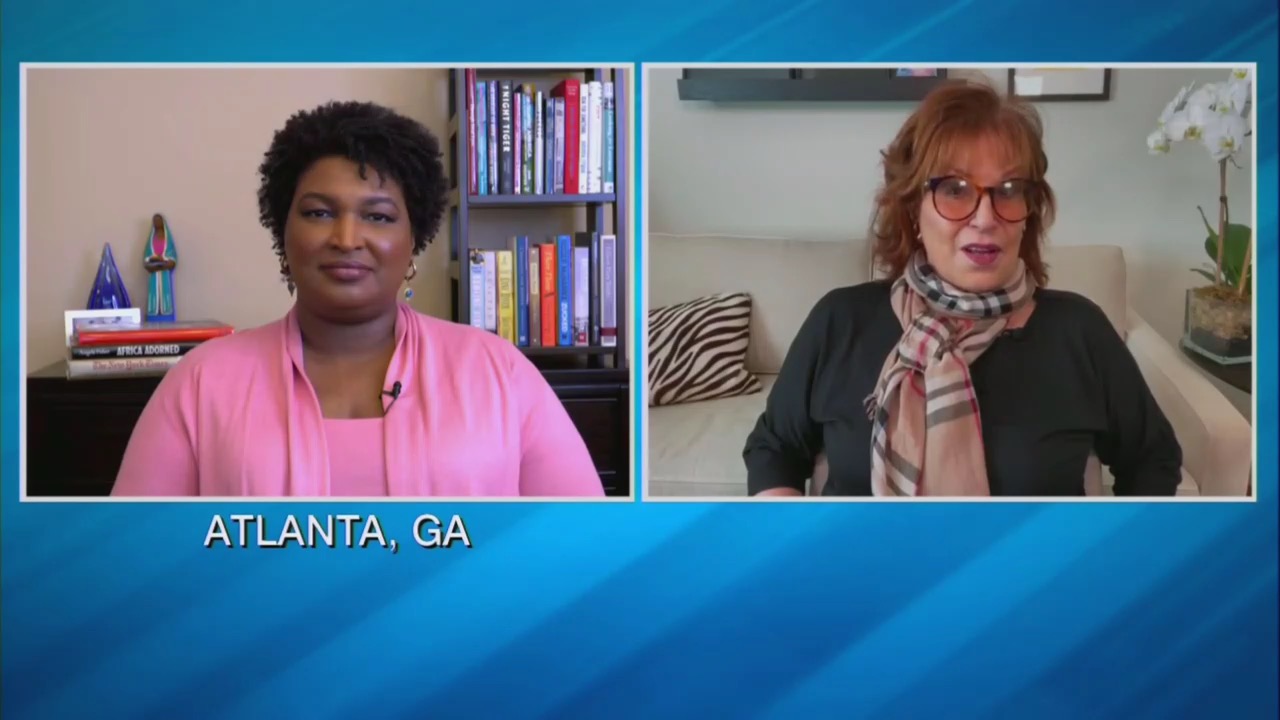 Is Stacey Abrams, the media's new Beto? The failed Democrat gubernatorial candidate has become the latest media darling, with CBS, NBC and ABC already having touting her as Joe Biden’s ideal Vice President pick. After doing just that earlier this week, the hosts of The View then invited Abrams on the show Wednesday to boast why she she would make an “excellent” Vice President. As Meghan McCain was absent, Abrams only faced two mildly critical questions from the liberal hosts, who spent most of their time fawning over the Democrat and inviting her to join them in bashing Republicans.

The hosts began by repeatedly asking Abrams to attack her former political opponent, Brian Kemp, who beat her in Georgia’s 2018 gubernatorial election, for choosing to reopen some non-essential businesses in the state. Joy Behar was particularly nasty with her question:

“So my question to you is where is he getting his news from? I have a theory. I'm sure you do, and how much of this decision that he's made to open up the city is politically motivated do you think?” Behar sneered.

After that it was time to prop up Abrams to a position of national leadership. Gushing about how great she was, Behar gave Abrams a platform to pitch why she would be an “excellent” VP pick for Biden:

Yes. So here's a happy thought for you, Stacey. A lot of people are looking to you as a possible vice presidential pick for Joe Biden. Now I love it. You said you would be an excellent running mate. It's refreshing to hear such confidence. I love it. I would be great at the job and I want it, you said. So tell us why you would be an excellent running mate even though it's pretty obvious to me.

If this sounds familiar, it’s because Abrams was given the same opportunity on CBS This Morning just yesterday. After making her pitch, co-host Gayle King gushed about how “extremely qualified” Abrams was to be vice president.

Sunny Hostin also invited Abrams to explain why it would be a “slap in the face” to black women who voted for Biden, if he didn’t pick her:

You know, Stacey, this is something that is concerning to me because Biden has committed to a woman as Vice President, but has stopped short of committing to a woman of color. How important is it do you think for Biden to make that commitment, and do you think that not choosing a woman of color, a black woman actually, is a slap in the face to the black female voters who are credited with really reviving his candidacy?