American journalists, so desperate to blame President Trump for the COVID-19 coronavirus, are now trying to cover for communist China’s government by insisting any mention of its origin be left out of the discussion. Left-wing journalists took to Twitter to bash Republicans as “racist” for calling the virus the “Wuhan” or “Chinese” virus, even though there is a laundry list of other viral outbreaks being named after where they originated from.

Just astoundingly gross to call it the Wuhan Virus. https://t.co/cMrsA59xTH

I’m putting down the phone bc for the next few hours, I will be screaming

Senior correspondent for Vox, Ian Millhiser imagined a right-wing conspiracy behind it all:

As did sports editor for The Nation, Dave Zirin, who sighed dramatically:

“The Wuhan Virus.” Racist to the last.

Even worse though, is that the media is guilty of doing the very thing they claim is now offensive.

Those in the media have been the ones calling it "the Wuhan virus/coronavirus" for weeks, so I guess they were being racist/bigoted this whole time. pic.twitter.com/ibogMw3rK0 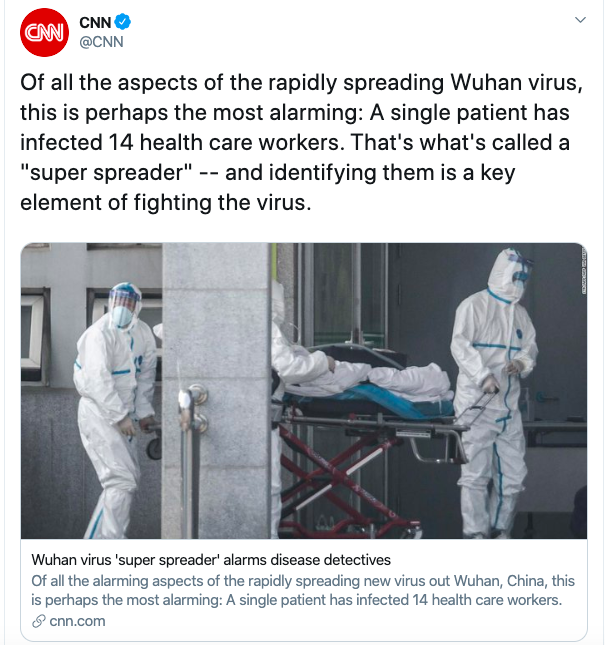