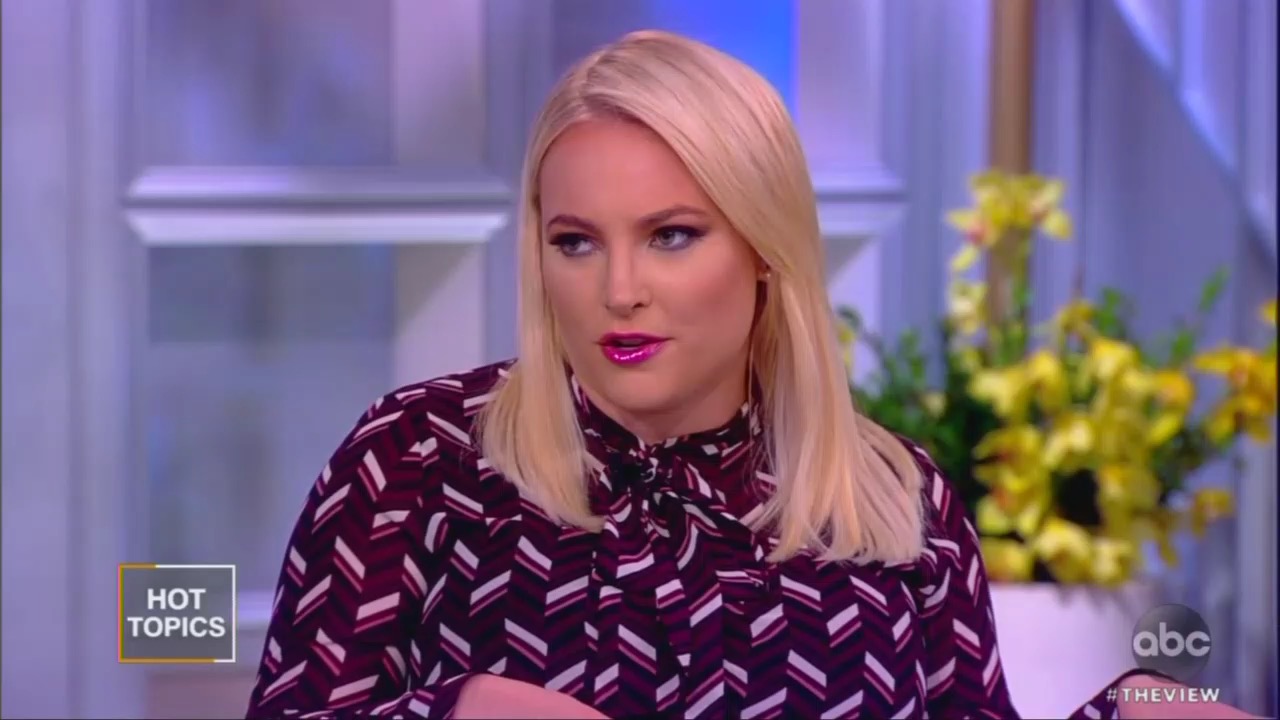 According to reports from TVLine, Tv Guide and The Daily Beast, lone, right-leaning host of The View, Meghan McCain might not return to the talk show when the new season begins this September.

Those “close to McCain” reportedly told the media that she may quit because she felt “like a caged animal” after two years on the show getting into constant charged confrontations with her liberal co-hosts, Joy Behar, Sunny Hostin and Whoopi Goldberg.

McCain nor ABC have confirmed these reports but it wouldn’t be surprising. After many contentious exchanges, McCain’s predecessor Jedediah Bila also left the show unexpectedly. Though in that case, she was fired.

Executive producer for The View, Hilary Estey McLoughlin did tell The Daily Beast, however, that she believed McCain would renew her contract but admitted that she had a difficult job on the show:

“We don’t want people to attack Meghan. We’re happy to have Meghan there,” she said, adding, “I think she does want to be there. I think she wants to be on the show.”

She also said, “What happens with Meghan is that because she’s so passionate about what she’s talking about, and she feels very strongly that she’s carrying this mantle for the conservative perspective, and what she wants to talk about is so important to her, I think that’s the part that’s the most draining for her.”

McCain’s frequent on-air spats with Joy Behar in particular has caused a visible amount of strife, prompting recent guest Howard Stern to joke to Behar that she needed to stop being mean to McCain.

Here’s a brief list of some of the more contentious exchanges between McCain and her co-hosts recently on The View: