Why Bila Left 'The View': CNN Tipped Her ABC Was Recruiting Meghan McCain 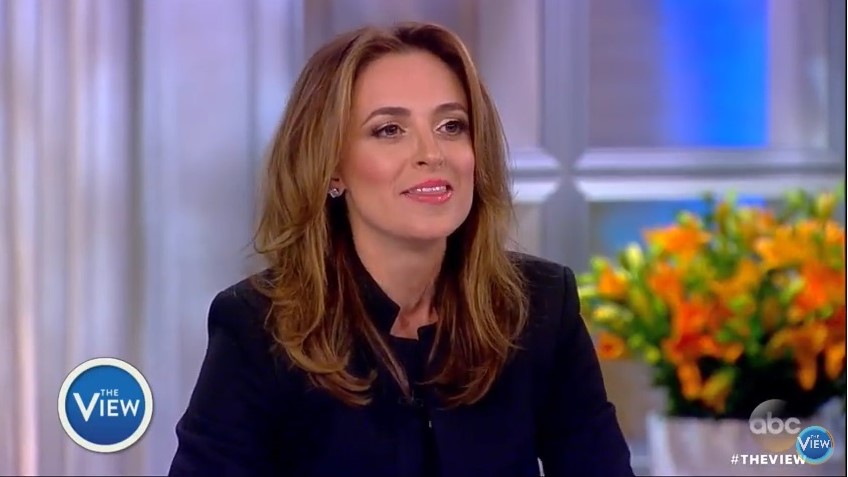 After Jedediah Bila surprised viewers by announcing she was leaving The View crew on ABC after just a year, reports quickly surfaced that ABC was in negotiations with Meghan McCain shortly after she departed Fox News. The London Daily Mail reported Bila was “blindsided by the shakeup” when she was told by a “friend at CNN” over last weekend.

In the CNN Media Unit newsletter on Friday night, Oliver Darcy reported “I am fairly certain I am the person at CNN whom the report is referring to,” since he called Bila to ask what buzz she might have heard. She hadn’t heard, but she could suddenly see the writing on the wall.

Meghan McCain is a favorite of Whoopi Goldberg, although the Daily Mail's source said Whoopi was furious about the backstage plotting. The source said this had nothing to do with Bila's interview questions to Hillary Clinton, but was about her lack of audience appeal:

After she heard, Jedediah called the execs at ABC and they were basically like, 'Oops, you weren't supposed to find out this way.' She went from being initially shocked to furious that they would treat her this way,' a source at the network told DailyMail.com.

The network's reasoning for wanting to ditch Bila was because even though she played the role of the conservative on the show, she isn't an actual Republican.

Bila is a registered independent voter who did not support Donald Trump and identifies herself as a Libertarian.

'Her unique political position made her someone the audience struggled to connect with. People never really understood her point of view, as it sometimes wavered in a way that just didn't happen when Elisabeth Hasselbeck was on the show,' the source offered.

ABC reviewed focus group research on the show this summer after they wrapped season 20 and saw that Bila's score was one of the lowest the show had ever seen.

This is a bizarre bit of reporting, since Bila seemed just as conservative as Hasselbeck -- and it's tough to be conservative on The View. Bila was not at all a party-line Trump supporter, but could the other ladies at the table be able to handle it if she had been? Most conservatives would suggest Meghan McCain is going to be less conservative and less pro-Trump than Bila if she gets the hosting slot.