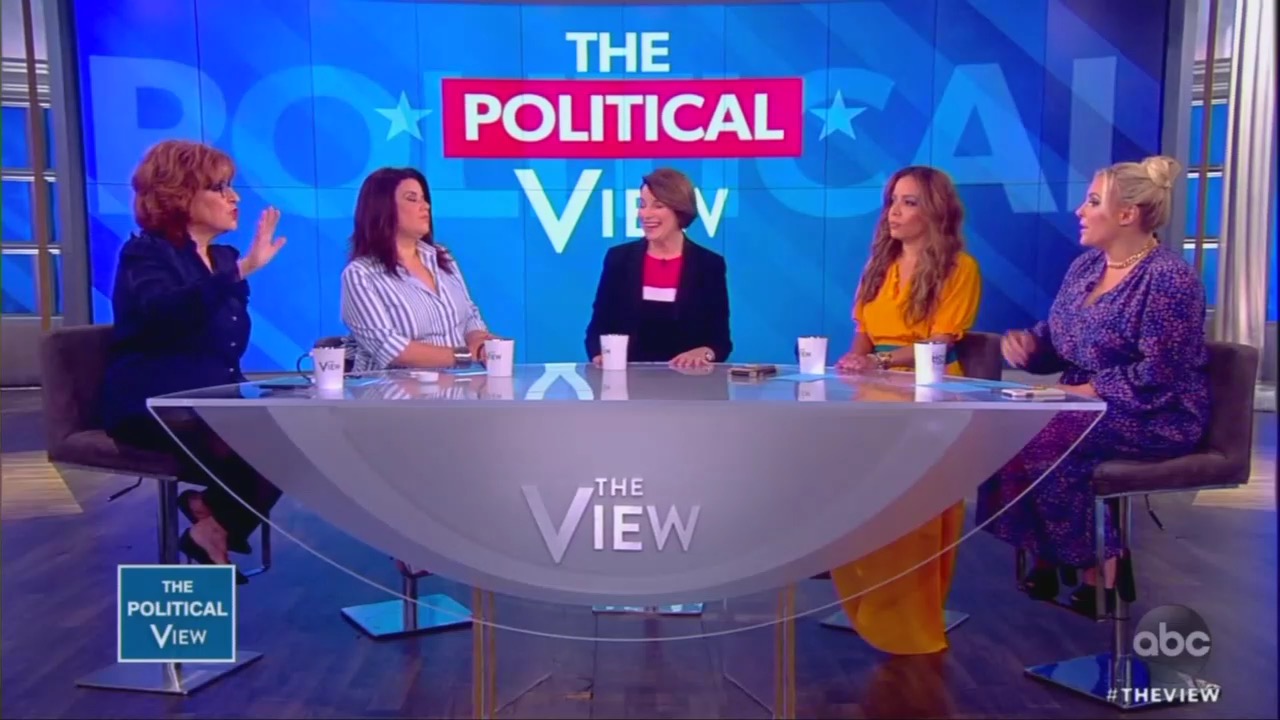 2020 candidate Sen. Amy Klobuchar (D-MN) appeared on The View Friday and was largely handled with kid gloves. Only co-host Meghan McCain grilled the Democrat on her party’s radical support for abortion. But she was immediately saved from answering any hard questions on the matter from McCain’s liberal co-hosts.

Joy Behar started the exchange by worrying to Klobuchar about the recent abortion ban in Alabama and asked her if she was concerned about Roe v. Wade being overturned by the Supreme Court. Klobuchar admitted she was concerned before bashing the law as sexist and “backwards.” Behar also complained about there not being a rape exception. Finally, McCain got a chance to push back, pointing out what the media won’t, that there are just as “extreme” laws from the left on abortion:

For me I hear what you’re saying, but I also know that Democrats look like they've gone very extreme on this issue. I think it’s gone from the party of safe, legal and rare to having a conversation of late term abortion up to until birth with the Ralph Northam controversy. Are you for what he said, or late term abortion or the moments he was talking about where he would keep a woman comfortable as she was giving birth in case she wanted to abort her third-term child?

“It got a lot of publicity,” McCain called her out for that cop out. Klobuchar ignored it and kept pressing forward, saying, “What I do know is I'm for women having a right to make a choice about her own body.”

That pat answer of course got applause from the audience. McCain kept pressing. “But the conversation is about, you're in favor of late-term abortion. Third term abortion?” she asked but was interrupted by an irritated Joy Behar.

“Can I just say something” she said putting up her hand as if to tell McCain to stop. “Meghan, that is so rare!” she gushed, adding that it was only done to save the life of the mother. But even pro-abortion sources dispute this common misconception. Beyond that, the Alabama law has an exception for the life of the mother.

Behar kept insisting that late-term abortions weren’t done for selfish reasons, a baseless claim. Co-host Sunny Hostin joined in to defend Klobuchar. “I think that argument has been debunked, actually,” Hostin said to McCain, who insisted it hadn’t.

Finally Klobuchar responded, but only to ignore McCain’s point and bash the Alabama law some more.