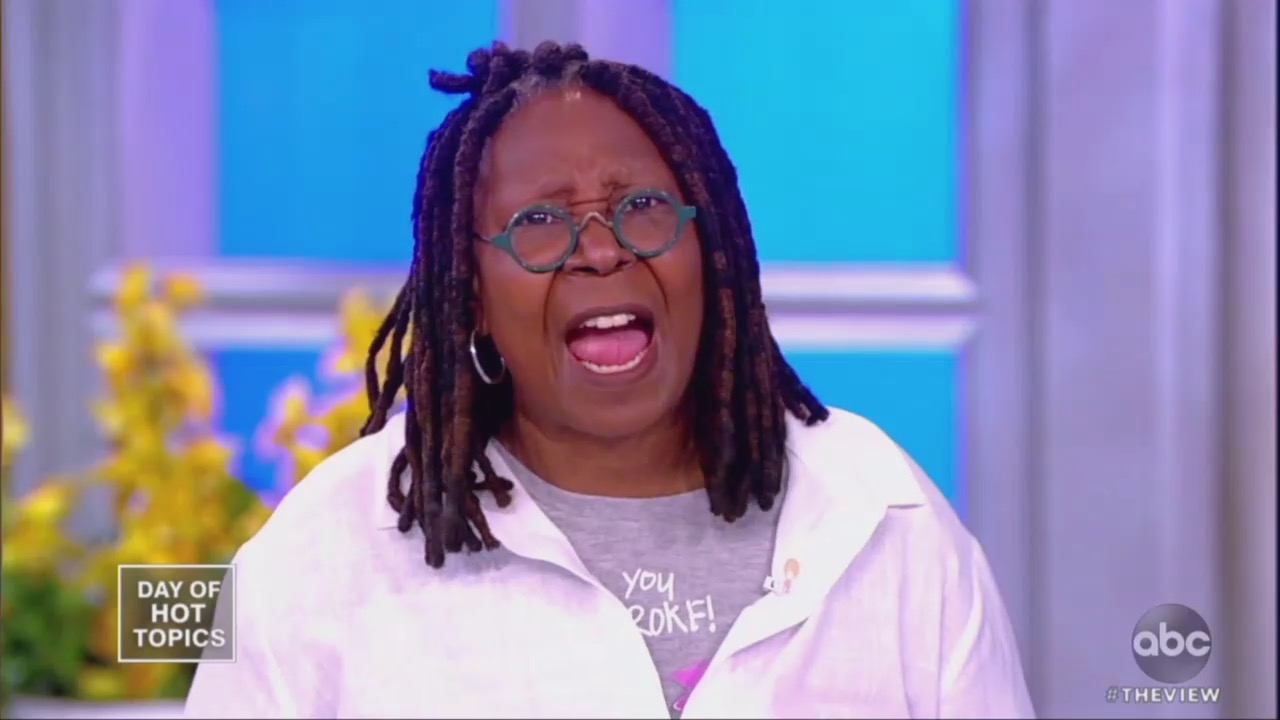 The hosts of ABC’s The View predictably went nuts Wednesday following Bill Barr’s testimony before the Senate Judiciary Committee. While tearing into Barr for allegedly “lying,” the hosts had sudden concern for ethics at the DOJ, and eagerly hoped the Attorney General would go to prison for “obstructing justice” and trying to conduct a “coup.”

Co-host Joy Behar began by wondering why Barr, and “other Republicans” as she put it, would defend Trump when he "obstructed justice, obviously." Fellow co-host Sunny Hostin sneered that Barr’s reputation was now toast:

“He had a very good reputation, William Barr, going into this position and now and i’ve said it often, you seem to be part of the Trump administration and your reputation gets sullied immediately,” she claimed, before explaining how Mueller was frustrated with Barr’s summary.

Co-host Abby Huntsman expressed many liberals’ sympathy for their hero, Robert Mueller, actually calling him “non-partisan” despite his own partisan scandals:

You have to be so frustrated if you are Robert Mueller. How much time has he spent on this investigation? Nearly 26 million dollars... He’s got to be the most upset...But Mueller I still believe, is a non-partisan player in this. I think he genuinely wants the public to understand what he found.

“Not Lindsey Graham!” Joy Behar snarked, joking that Trump must have “nude photos” of “some of these people” for their defenses of him.

“Isn’t this [the DOJ] the bastion of law? Should this not be above reproach?!” Whoopi fretted to lawyer Sunny Hostin.

Behar eagerly asked Hostin,“Is it obstruction?” With that, Hostin immediately brought up Richard Nixon’s AG, John Mitchell, who was convicted of perjury and obstruction of justice:

“Well Richard Nixon’s Attorney General went to jail, for behavior that is similar,” Hostin said, going on to worry about the DOJ being corrupt:

“If he didn’t cross that line, he really danced on it. We’re supposed to be upholding the law. I’m kind of disgusted by the behavior I’m seeing from DOJ officials,” she gushed.

Really Sunny? Where was your concern for DOJ ethics when the Fast and Furious scandal, the Lois Lerner IRS scandal, and wiretapping journalists all happened under President Obama’s Department of Justice?

Regardless, the hosts kept up the charade. Behar worried that Barr would block Mueller from testifying.This set off Whoopi who yelled that Barr’s testimony was dependant on whether not Trump wins in 2020:

"You have to answer the questions.This is not a game, this is not a TV show, man! This is our lives, this is America! You gotta answer these questions so we can figure out whether this guy need to be the president again!" she raged.

Whoopi then worried that by protecting Trump, the DOJ was trying to seize all the power from Congress through a “coup"...?

“If we can’t trust you all to tell us the truth, then I sort of feel like there’s a coup happening!” she gushed. “They’re gaslighting us!” Behar agreed as they cut to commercial.