MSNBC's Geist Confronts Dem on His Party's Flip-Flop Over Border 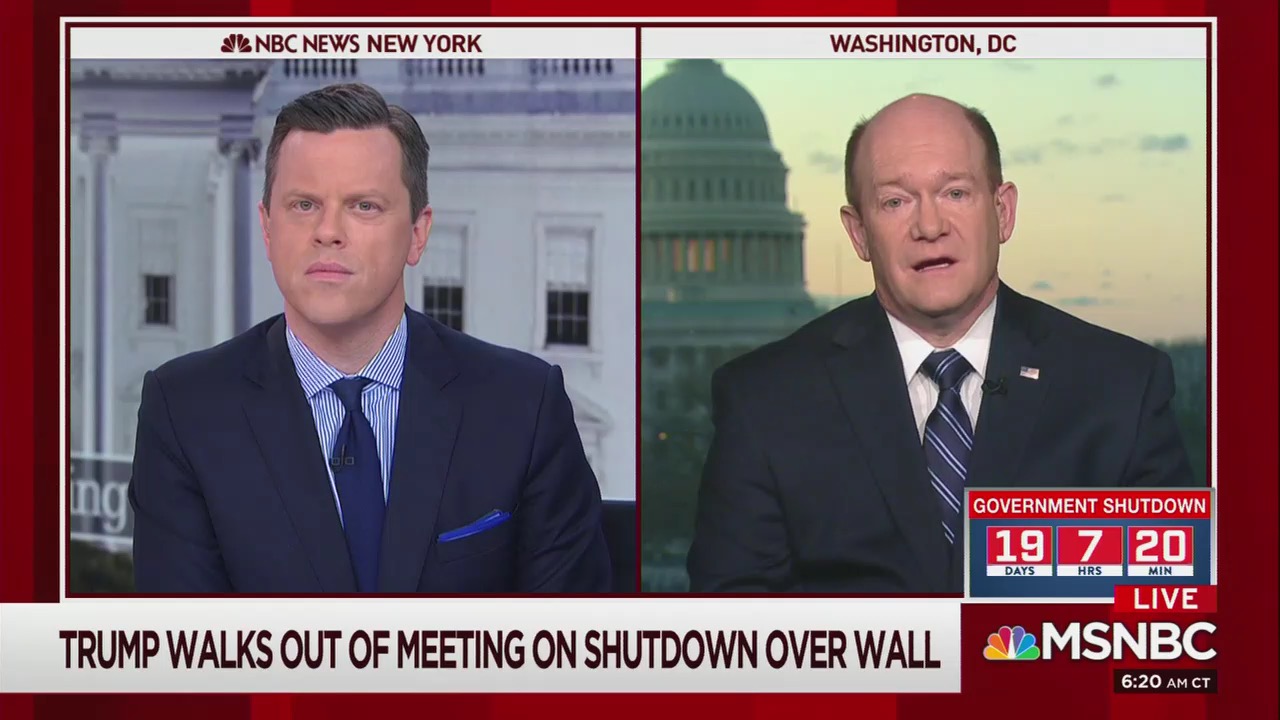 It’s so rare that a member of the media actually confronts Democrats on anything, that it's worth noting when they do. That happened on Thursday's Morning Joe on MSNBC, when anchor Willie Geist asked Democrat guest how his party could call something “immoral” that they voted for back in 2006.

The exchange happened at the end of the interview with Democrat Senator Chris Coons. Geist confronted him about his party’s own leaders voting for a southern border wall back in 2006:

Democrats, Chuck Schumer, Nancy Pelosi have been indignant, they’ve been outraged about the very idea of a wall on the border. Nancy Pelosi calling it "immoral" to put up a wall on the southern border. But as you know, in 2006, there was a Secure Fence act voted for by many, many Democrats. The vote was 80-19 in the Senate, Hillary Clinton, Barack Obama and yes Chuck Schumer voted for that 700 miles of fence along the southern border. Are they being disingenuous, are they being hypocritical now to be suddenly outraged about the very idea of a barrier along the southern border?

Coons noted he wasn’t in Congress in 2006, but that Democrats were for border security and more needed to be done about it. Afterwards, Geist followed up by asking if a wall could really be called a “moral” issue:

"Do you think walls and fences are “immoral” along the southern border?" he asked.

Coons argued that Pelosi was most likely referring to “Trump’s policy” of separating children from their parents (which happened under Obama too but Coons didn’t mention that.)

It’s refreshing to see journalists press Democrats like they do Republicans, if even if its too few and far between. Geist needn’t have gone back that far though to note the Democrat party’s’ hypocrisy on border wall funding. President Obama himself called the border a “humanitarian crisis” as recently as 2014, yet when President Trump uses those same words, the media went beserk.