‘Get Out of My Vagina!’ Whoopi Rages at McCain in Meltdown Over SCOTUS, Abortion on 'View' 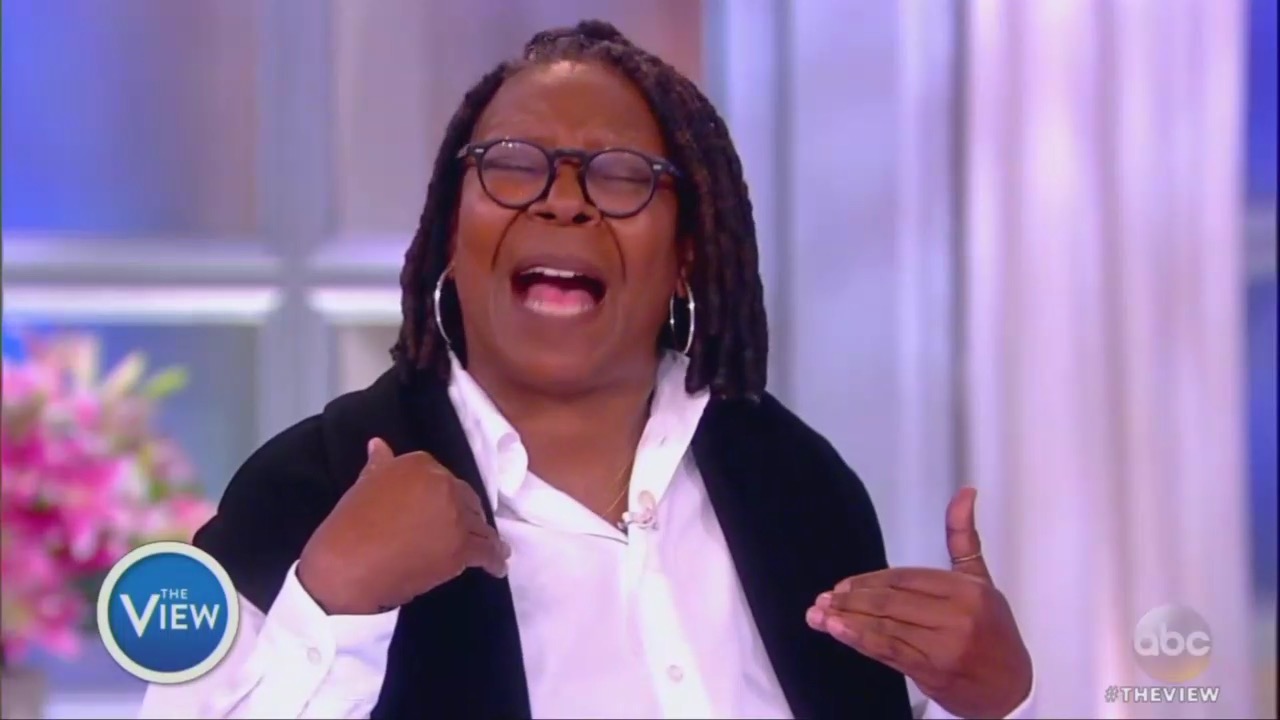 Thursday’s The View started off with an astounding nearly 10-minute-long meltdown over Justice Kennedy’s retirement from the Supreme Court, and the second chance for President Trump to appoint a judge for the highest court of the land, during his first two years in office. Liberal Whoopi Goldberg and Joy Behar were the most upset about the news with Whoopi angrily attacking host Meghan McCain, Republicans and Christians for potentially challenging Roe v Wade.

“Many people are reeling” from this announcement, Whoopi began, before playing a clip of President Trump telling supporters at a North Dakota rally last night that he needed to appoint more Republican judges. That sent the table into an uproar.

“Yeah. Let's have everybody a Republican. The Supreme Court, the Congress, the presidency!” Joy Behar raged. “What is that called? Dictatorship I believe!” she said in disgust.

She continued ranting about how the Founding Fathers were “rolling over in their graves” at this news. “What happened to separation of powers? What happened to checks and balances in this country? Gone!” she complained.

Meghan McCain try to explain to Behar calmly that the pendulum was simply swinging in the direction of Republicans after Democrats had control of all three branches at one point in Obama's presidency.

It was then Whoopi’s turn to rage that abortion rights we're going to be “taken away” from Republicans who “don't care” about women's rights:

I don't like this line that I, as a Democrat, or an independent or whatever is trying to take away anything from you. I'm trying to hold onto my personal rights so that you can have the rights you want. See? Because if you take mine, I feel like you're the one with the problem. If you take my right away from me, to judge what I do for my family and my body, I got a little problem with that. You got a problem. You don't want people to take your guns? Get out of my behind! Get out of my vagina! Get out![ Applause ]

Sunny Hostin calmly interjected to give the lawyer’s perspective on the legal legacy Kennedy left behind, noting he was an important advocate of personal liberties on the court. “I do fear that's going to change,” she noted, referring to affirmative action and abortion rights. Meghan McCain again tried to explain why this was a win for pro-life Republicans and why the right to life was secured in the Constitution as well:

“We are guaranteed in this country, life, liberty and the pursuit of happiness. Life as I define it, does not include abortion. I believe abortion is murder. This is where the line delineates,” she said but Whoopi angrily cut in again to lecture McCain on how Republicans certainly didn’t care about children:

WHOOPI: You have the right not to have an abortion. That's your interpretation of your -- listen. You are not -- I'm not okay when people say Listen Iwant my stuff, but you can't have yours.

The government has said I have the right if I need an abortion, that I can have one. And I feel that you have every right to have the guns you want. There are some guns I feel shouldn't be out there, but I don't say you can't have your damn guns. I don't want anybody saying to me, I'm going to make this decision for you because I know how your life is, and I know how you feel and I know what your religious beliefs are. You don't, and you don't know my life, and if there was even a modicum of belief that somebody gave us a dog gon -- and I'm not talking about you. I'm talking about the big government.

If I thought that they gave a damn about children and being able to raise them. If somebody has a kid because they can't raise them, they throw them out the window. Come on!

Joy Behar and Sara Haines agreed with Whoopi that Republicans were heartless.

As McCain explained again that she thought abortion was murder, “plain and simple,” Whoopi pressed, “What about slow starvation?”

McCain lamented that she knew it would be a hard day at the panel but that Democrats were going to continue losing with their still fractured party since they lost the election because this was one of the main reasons why people voted for Trump.

“Well the Russians were involved too. Let's not forget that!” Whoopi added. “And the FBI!” Behar quipped.

Sara Haines also attacked Republicans for not caring about kids because of the border situation, griping about conservatives being “up in her uterus:”

I think we're all pro-life which you say here all the time. I feel so often when this conversation comes up, we forget about moms because that's a life involved with this choice as well, and also with the borders I always find it funny that people are up in my uterus, but when it comes to a baby that's already alive and out there, they don't fight. [ Applause ]