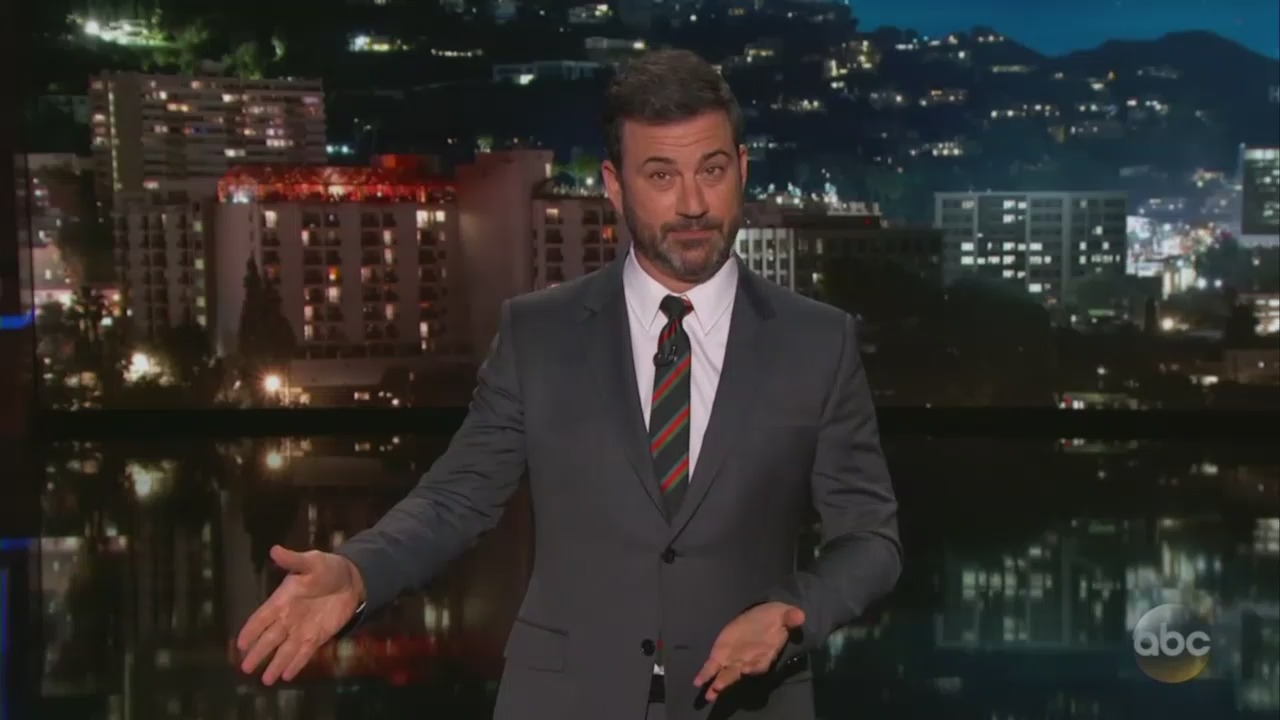 Wednesday night, the late night comics had a field day mocking Hillary Clinton for her upcoming memoir on the 2016 election entitled, What Happened. ABC’s Jimmy Kimmel and CBS’s Stephen Colbert mocked the book as pointless, taking several shots at Clinton for making excuses. Kimmel in particular called out Clinton for not taking responsibility for losing the presidential election.

While Donald Trump usually preoccupies the late night monologues, Kimmel and Colbert managed to spend a few minutes taking aim at Clinton, towards the end of their show openers. Kimmel had the snarkiest take, joking that Clinton’s book after the fact was about as pointless as “reading a book about why the Titanic sank while you’re sitting at the bottom of the ocean.”

Meanwhile, Hillary Clinton has -- [ cheers and applause ] You remember her? Hillary Clinton has her name on a new book about her ill-fated run for the presidency, which I am excited about. I was just thinking to myself this morning, I would love to relive that magical election of 2016. [ Laughter ] It's like reading a book about why the Titanic sank while you're sitting at the bottom of the ocean. [ Laughter ]

The Late Show’s Stephen Colbert had a similar take on his show, calling the premise of the book “excruciating:”

Remember the 2016 campaign? If you really want to go back and relive every excruciating detail, good news-- Hillary Clinton has a new book, "What happened." Which is better than the original title "Anybody wanna buy a barge full of unused fireworks?"

Both comics surprisingly characterized Clinton as shrill and whiny, with Colbert playing a fake audio excerpt from the book, that sounds like Clinton was throwing a temper tantrum after losing the election:

CLINTON: [Screaming] You got to be kidding me. Damn it! [sounds of things crashing]

Kimmel had an even more direct shot at Clinton, playing a fake ad for her book, where Clinton childishly pins the blame entirely on Bernie Sanders.

FAKE TRAILER FOR HILLARY CLINTON BOOK: [Narrator] For the first time since her astonishing presidential defeat, Hillary Rodham Clinton tells her story in her own words. A remarkably candid perspective. A brutally honest look back at where it all went wrong. Why despite overwhelming odds everything collapsed. Hillary Clinton, "It's that f**kers Bernie’s fault.’

Both comics also played real excerpts from the upcoming book, ripping her hypothetical questions and admissions as too little, too late.

KIMMEL: The big takeaway from this book is the aim Mrs. Clinton takes at Bernie Sanders. She blames him and his supporters for irreparably damaging her campaign. She says he isn't even a Democrat and wonders why he would run for the democratic nomination, which is a very good question that should’ve been asked two years ago. But I guess it didn't come up until now. The book doesn't come out until next week. We got the trailer, though. They do trailers for books now. It looks like it should be a good one.

COLBERT: So the book does not hit shelves until September 12, but some excerpts have started to leak. For example, Hillary admits that, "In the past, for reasons I try to explain, I've often felt I had to be careful in public. Now I'm letting my guard down." A little late! ( Laughter ) It's like a pilot crash landing and then saying, "Those who are still alive, please put up your tray tables."

Kimmel also made some jokes directed at Bill Clinton as being sleazy:

CNN got a copy, and they released some excerpts. And in it Clinton referred to James Comey as a rash FBI director. So she and Trump have that in common. Although in fairness to Comey he only got that rash after being forced to shake hands with her husband. [ Laughter ]

This was a good tidbit. According to one excerpt from the book, Bill loves to reorganize their bookshelves at home. He does it all the time. Which means you know he's got some old Penthouse Magazines hidden back there. [ Laughter ]