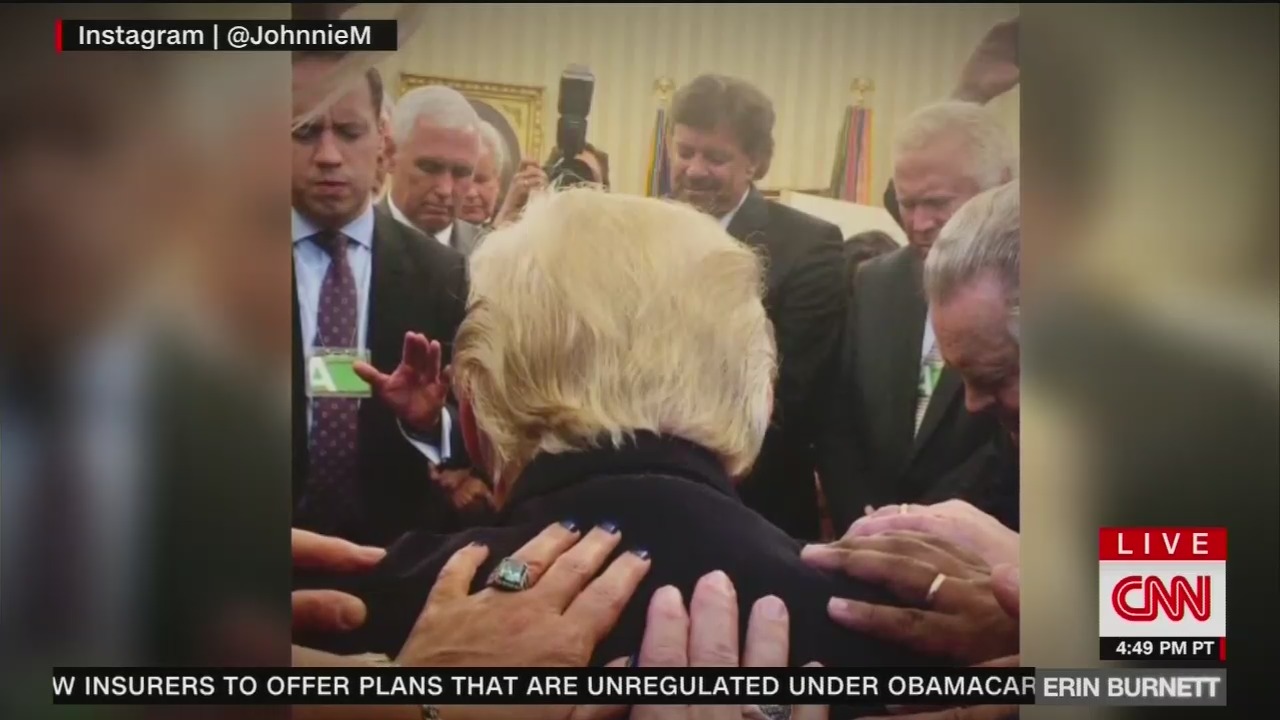 Religion in politics is seemingly so far removed from the media’s idea of normalcy that a picture of the President praying left one CNN anchor struggling to find words, Wednesday.

Monday, several evangelical leaders were invited to the White House to discuss several issues including repealing ObamaCare and religious freedom. During the meeting, the pastors and Christian leaders also prayed over President Trump. One guest posted a picture of the group praying over Trump with their hands laid on him, to social media. For some reason this image stunned CNN anchor Erin Burnett, who couldn’t hide her shocked reaction at the photo during her Wednesday night show Erin Burnett OutFront.

Teasing the next report, Burnett began:

“Something we don’t see everyday here. The image of Donald Trump praying in the Oval Office and...all of those...hands, on him,” she struggled to find words to describe what was happening in the picture.

During another tease of the report on the meeting, Burnett was more overt on how shocked she was by the image.

“And next, a pretty stunning image, let me just give you a quick peek of it,” she gushed.

Burnett then described the scene as if it were something she had never seen before in the White House:

“The President bowing his head in prayer in the Oval Office and all these people sort of, touching him....it’s very strange. We’re going to tell you what happened there,” she wrapped up.