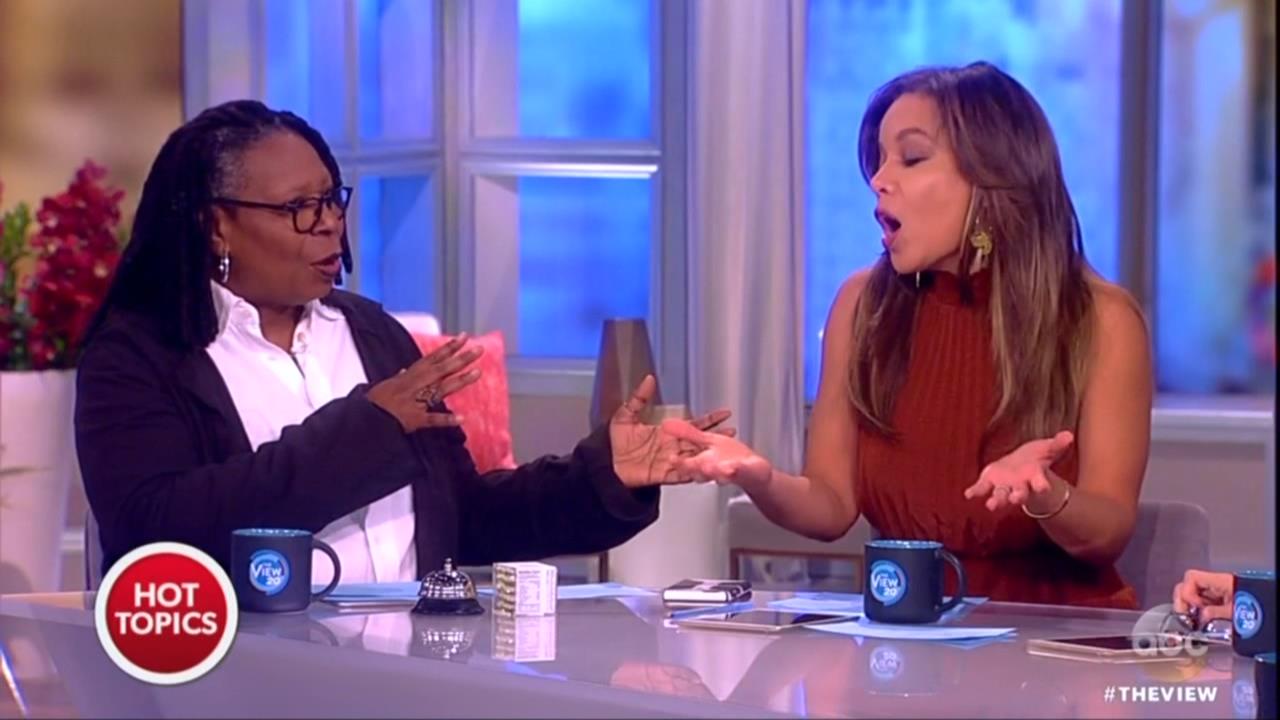 Thursday on The View, the mostly liberal panel surprisingly talked about an event that ABC News routinely ignores: the annual March for Life. The hosts were respectful of the marchers but Whoopi Goldberg took issue with the march’s use of the term “pro-life.” The whole panel then made contradictory and confusing arguments then about how one could be both “pro-choice” and “pro-life.”

The show began with Whoopi announcing this Friday was the annual March for Life. She then began to tear into the term “pro-life,” something she has taken issue with before.

WHOOPI GOLDBERG: We have children.[to crowd] Anybody out here not for life?

JOY BEHAR: We're all for life.

WHOOPI: So maybe we should stop talking about being pro-life, or anti-life because nobody is not for life.

WHOOPI: We are pro-choice. That's a difference.

Joy Behar backed Whoopi up a little later on, stating that one could be “pro-life” and “pro-choice.”

BEHAR: Sunny, are you pro-choice? Because you can be pro-life and pro-choice.

Sunny Hostin answered that she identified as “pro-life” she didn’t feel it contradicted with being “pro-choice.”

Whoopi again battled the notion of supporting abortion being contradictory to supporting every human’s right to be born.

WHOOPI: As I said, we are all pro-life. I don't think anyone is anti-life. I’m not defining anything for you.

Hostin went on to say that her Catholic faith taught her abortion was a sin, yet she still felt it was a legal right for women to choose whether or not they wanted an abortion, touting that 54% of Catholics agreed abortion should be kept legal.

HOSTIN: But, and I will tell you that 54% of Catholics believe that abortion should be legal. And that's why and Catholics by the way participate in this March for life overwhelming. There are about 300,000 marchers. Many of them are from Catholic universities. I went to Notre Dame. So I have a lot of friends that attend this March every single year. So my point has been all along is that you can't define the pro-life movement by the fringe that you see. People that are killing abortion doctors. People who are extremists. Many, many people in the pro-life movement, 54% of Catholics are like me, Whoopi, that believe --

WHOOPI: What I'm saying is I'm also pro-life. I don't like being having people define the fact that I think having a choice is a good thing. It doesn't make me less of a pro-life person. No one is debating that.

It ended with Whoopi asking Hostin if she believed the government should tell her what to do with her body, if say, she had cervical cancer. She replied:

HOSTIN: [I] agree that the government shouldn’t tell women what they can do with their bodies.

Behar pounced, “So you’re pro-choice!” to which Hostin refused to admit, before it cut to commercial.

BEHAR: Yeah you are!