Media Fall Hook, Line and Sinker for Yet Another Fake Hate Story 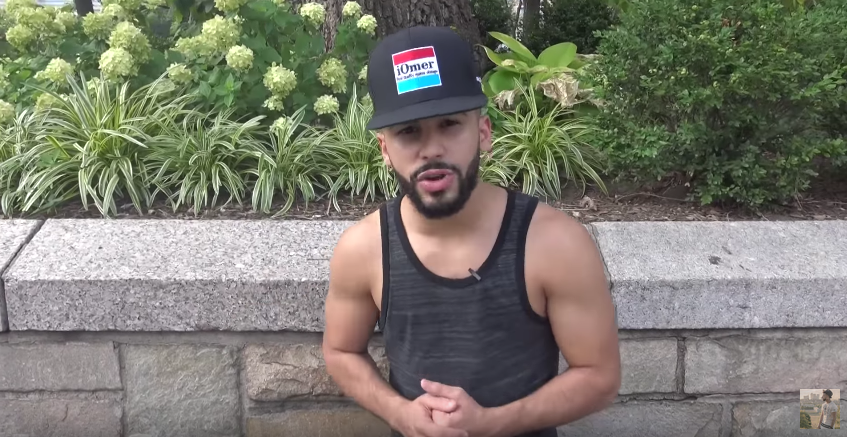 A YouTube prankster’s viral video accusing Delta Airlines of anti-Muslim discrimination made national headlines early Wednesday. But the man behind the video has a proven record of faking stories for attention and the media didn’t think twice before reporting his unsubstantiated story.

Adam Saleh, the young man in question, claimed Delta Airlines ejected him and his friend from the flight because other passengers complained that he made them “uncomfortable” after they heard him speaking in Arabic to his mother on the phone. Saleh then began recording as Delta crew tried to escort him from the plane. In the video, Saleh loudly calls out passengers and the flight crew for being racists.

Saleh begged his fans to “please spread” the story in his video tweet.

We got kicked out of a @Delta airplane because I spoke Arabic to my mom on the phone and with my friend slim... WTFFFFFFFF please spread pic.twitter.com/P5dQCE0qos

And the media happily obliged by doing just that. By early afternoon, the story was picked up by the Los Angeles Times, the New York Times, CNN, CBS News, USA Today, and The Verge, among others. Social media reaction was also swift, with Twitter users calling for a boycott on Delta Airlines.

But as you can see in the video, Saleh started recording after the incident allegedly occurred. As this all happened this morning, surely more details and accounts of what happened will be forthcoming; but Saleh’s account was all it took for the media to go running with claims of anti-Muslim bigotry.

Even celebrities got involved, helping to spread Saleh’s dubious story:

You've got to be kidding me, @Delta. We won't be flying with you again. Unbelievable. https://t.co/Nz92xyIIoI

Fellow Americans, we are not defined by our narrow-minded president elect. If you witness discrimination, stand up and demand justice.

The kicker is that Saleh has done this many, many times before. His YouTube page is filled with dozens of videos where he stages pranks, intending to get a bigoted reaction from his unsuspecting audience. In several of these videos, he goes so far as to hire actors to play bigots.

In 2014, another one of his videos that supposedly exposed Islamophobia went viral but weeks later, he was forced to admit that the whole incident was staged. At the time, Saleh put up a disclaimer saying it was staged but apparently took it down at some point later because the video now has no disclaimer or indicator anywhere saying it is an act.

With Saleh’s reputation, you would think the media would be more cautious to verify his story before sharing it. But as we’ve seen before, the media is rarely unsuspecting when it comes to claims of bigoted and hateful white people.

Not everyone in the media was fooled. Ironically, former CNN host Soledad O’Brien insinuated the story may be false because she had an inside source on the same flight.

A LOT still unclear. But apparently woman sitting near my friend tipped off flight attendants he was a youtube star known for pranks.

It remains to be seen as more details come out on this story whether or not the media will follow up their reports with the whole story.