While the media are obsessed with debunking “fake news,” they might take a look at the plank in their own eye. On Tuesday, Politifact, the self-appointed purveyor of debunking “fake news,” has named the “phenomenon” of fake news their “Lie of the Year” and bashed Donald Trump for spreading these so-called false stories: “Fake news found a willing enabler in [President-elect Donald Trump], who at times uttered outrageous falsehoods and legitimized made-up reports,” Politifact reported.

Hilarious, considering how many times the media itself has spread unsubstantiated and “outrageous falsehoods.” Take the alleged rise in hate crimes since the election. Every new story is breathlessly covered by the nation’s top media outlets, yet these stories are nearly always proved to be hoaxes. This week we get to see the media backpedal from yet another made-up story. 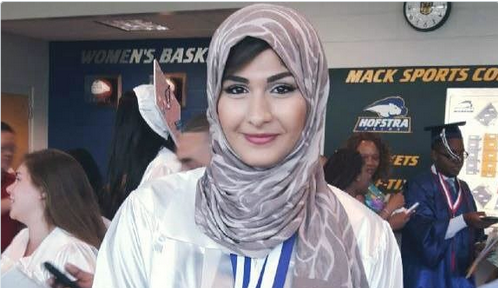 On December 1, an 18-year-old Muslim-American woman reported that she was verbally and physically assaulted by a group of white men while getting on the subway. Yasmin Seweid, a New York native, claimed that the three drunk men surrounded her and taunted her, calling her a “terrorist” and shouting “Donald Trump” before trying to grab her bag. She claimed that plenty of people saw the incident occurring but no one stepped up to help her. Seweid told the local news that she blamed Donald Trump for the harassment. “The President-elect just promotes this stuff and is very anti-Muslim, very Islamophobic, and he’s just condoning it,” she stated to a local CBS affiliate.

Barely two weeks later, Seweid has recanted her story after a police investigation proved it to be a lie.

The incident made headlines across the country at the time, reported on by the Associated Press, The New York Daily News, The New York Post, The Minneapolis Star Tribune, The Chicago Tribune, Baltimore Sun, Orlando Sentinel, Los Angeles Times and CBS News, among others.

Only a few of these outlets so far have offered corrections to their initial reports.

Last month, a near identical anti-Muslim story that the media flipped for also turned out to be a hoax.

To the media, however, it doesn’t matter if the story was a lie. They are more than happy to spread these kinds of “fake news” stories to spread fake “awareness.” Take Buzzfeed for instance, who refused to use the word “allegedly” in their first report on the woman’s story, but added it in a followup story after she confessed it was fake. Talk about a double standard. It’s only “alleged” after it’s proven false?

The true story of what happened is actually more interesting. According to the New York Daily News, Seweid was out late drinking with friends the night of the alleged incident and made up the story to avoid punishment for breaking her parent’s strict curfew. Apparently Seweid was also dating a Christian man and was forced to shave her head in punishment, by her Muslim fundamentalist parents. The NYDN has plenty of pictures of Seweid with the shaved head after she confessed to police, but unsurprisingly, nearly none of the follow-up reports mention this part of the story.

The women on ABC’s The View also fretted over this alleged hate crime on their December 6 show. If ABC was being honest, they would apologize for sharing a fake news story and report on the true story here of Muslim intolerance, but obviously, that doesn’t fit their agenda.