Nothing could make a liberal power couple’s hearts swell up with pride more than the sweet sounds of their young daughter throwing a pro-abortion hissy fit. That’s exactly what happened Tuesday on The View, when actress/comedian Ali Wentworth, married to ABC anchor George Stephanopoulos, boasted about how “upset” her young daughter was with Trump’s win. Wentworth bragged that the 14-year-old ranted and raved around their home afterwards, sulking about abortion and “women’s rights.” You know, the typical story told around the watercooler except on national television. 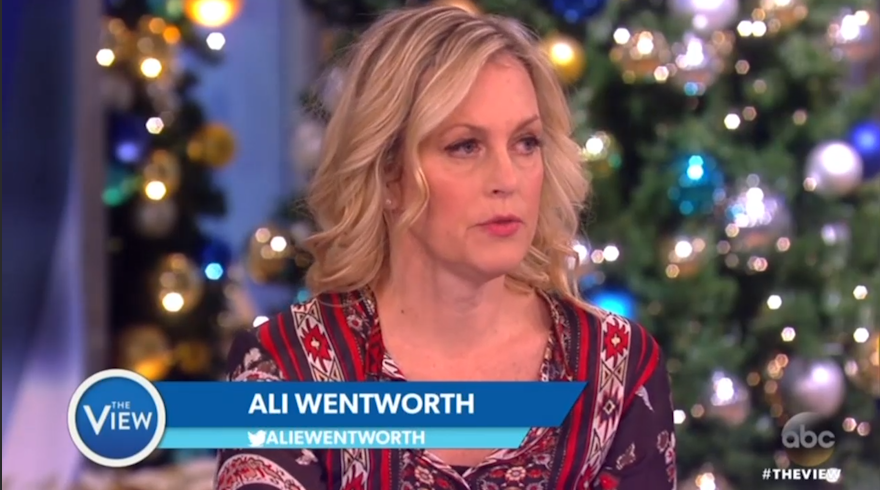 As The View hosts tried to shift the conversation to Wentworth’s new TV show, she interrupted with a story she said she “wasn’t planning on telling.” Co-host Sunny Hostin tried to stop Wentworth but she pressed on:

WENTWORTH: I'll tell you a story I wasn't planning on telling which might be the end of my marriage. But we were watching the election -- [Turning to Hostin] she says ‘No.’

WENTWORTH: Well then George Stephanopoulos will be free then honey! There ya go.

HOSTIN: I’m sorry, sorry. Well I wanted to talk about your new show--

WENTWORTH: I'll tell you later. It just involves my 14-year-old getting upset about the election and screaming, “No abortions!”really loudly. I was like,“You haven't kissed a boy yet so don't use that word so flippantly,” but she meant women's rights.

Since apparently the whole family is upset about the election results, maybe Wentworth will keep her promise to move the family to Australia, like she stated just a few days before the election?

That wasn’t the only time politics was brought up during the segment. Wentworth was on The View to plug her new television show, Nightcap, on Pop TV,  where she plays a character that makes out with actress Sarah Jessica Parker. In the clip ABC played on The View, Wentworth’s character compares herself to Hillary Clinton in a feminist tirade, saying:

“Because I’m a woman, I have to be uptight or a bitch. Now I know how Hillary Clinton feels!”

This isn’t the first time Wentworth “went there” on national television. She appeared on Jimmy Kimmel last year where she flashed her breasts in a pathetic attempt to imitate raunchy pop star Miley Cyrus.

Wentworth’s fangirling for Hillary Clinton shouldn’t be a surprise either, as her husband George Stephanopoulos is a former Bill Clinton staffer who secretly donated $75,000 to the Clinton Foundation.