Former Gov. Tom Ridge (Pa.), a pro-choice Republican, was the key reason the horrors of Kermit Gosnell's Philadelphia abortion clinic went on undetected for so long, argued reporter J.D. Mullane in an interview with National Review's Kathryn Jean Lopez published Tuesday morning at the magazine's website. Mullane, you may recall, is the Bucks County (Pa.) Courier Times news writer/columnist who has covered the Gosnell infanticide trial from day one, and who tweeted the now famous photo of the near-empty benches in the courthouse allotted for media coverage of the trial. [see below the page break]

Responding to Lopez's question, "How did Pennsylvania ever let this happen?" Mullane replied that the Keystone State's former governor "Tom Ridge, is, to me, Gosnell's chief enabler" [emphasis mine]:

Ridge is a pro-choice Republican and it was his administration that decided to halt annual inspections of Pennsylvania’s abortion clinics. This happened because the Ridge administration felt shoddier clinics like Gosnell’s would be forced to close if inspectors from the state department of health came through and did their jobs. Closing clinics would create a “barrier” for women seeking abortions, and Ridge didn’t want that. Though Tom Ridge is a chatty guy, he has maintained radio silence on Gosnell. Now you know why.

Of course, it is pro-choice defenders of the abortion lobby who are now desperately spinning that Gosnell is the result of too much influence from the pro-life lobby in state and federal politics. The fact remains that with Ridge and his pro-choice Democratic successor, Gov. Ed Rendell, there was minimal interest by state health authorities in regulating abortion clinics.

Later in the interview, Lopez asked Mullane what he considered "the most underappreciated fact about this case" and he replied that nine out of the 12 jurors empanelled in the case "told the judge during jury selection that they are pro-choice on abortion."

Simply put, the Gosnell case is horrendous, regardless of where you fall on the abortion debate.

Kudos to Mullane for his yeoman's work in covering the trial, especially given the gruesome and graphic nature of the evidence he saw on a daily basis, evidence which left him, by his own admission, "[l]aying [sic] awake many nights." 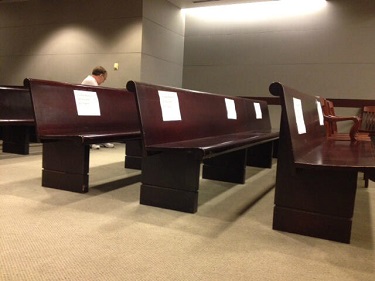