FLASHBACK: Networks Didn’t Give a Damn When Red China Helped Clinton Win in ’96 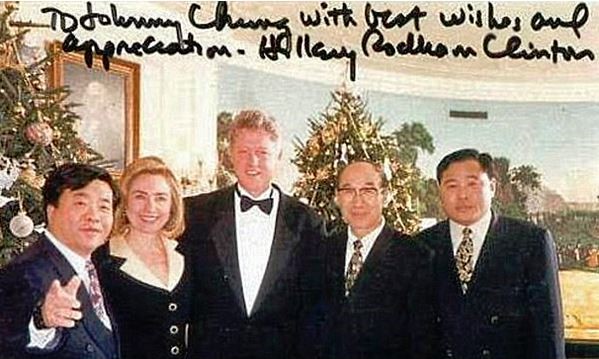 The Big Three networks (ABC, CBS, NBC) have devoted exhaustive coverage over the allegation that Russia may have interfered with the 2016 election, as most recently seen in their massive reporting of the James Comey hearings. But there was a time when they didn’t care when a foreign country tried to buy a U.S. election (Hint: It helped a Democrat).

Back in 1996, China helped then-President Bill Clinton get re-elected by funneling money to the Clinton campaign. During Clinton’s re-election campaign against Republican Bob Dole, the Chinese Red Army (via fundraiser Johnny Chung) donated $300,000 to the Clinton campaign. After Clinton won, his administration quietly approved the export of key technology that aided China’s ballistic missile program.

Despite scoops by the Los Angeles Times, The New York Times, Washington Post, The Washington Times that detailed connections between Chinese contributions and espionage efforts, as well as exhaustive Congressional hearings the Big Three networks (ABC, CBS, NBC) all but buried the Clinton-Chinese fundraising scandal.

And even when they did cover the scandal, anchors and reporters were dismissive. The late ABC World News Tonight anchor Peter Jennings, on his April 10, 1997 show, thought the investigation into the scandal wasn’t worth the effort: “When we come back, two investigations of fundraising abuse, two of them on Capitol Hill. Is it a waste of time and money?”

When the late-Senator Fred Thompson’s Governmental Affairs Committee took up the matter in the summer of 1997, ABC correspondent Linda Douglass was quick to claim there was nothing to the investigation: “Senator [Fred] Thompson is clearly tired of taking a beating from the Democrats, who every single day point out the fact that he’s failed to prove there is any Chinese plot in connection with the Democratic presidential campaign.”

On June 17, 1997 then Today co-anchor Katie Couric absurdly asked The Washington Post’s Bob Woodward “Are members of the media, do you think, Bob, too scandal-obsessed, looking for something at every corner?”

And while today the liberal media is playing up the sinister KGB past of Vladimir Putin, back then they were offended by any labeling of China as communist or “red.” On the April 4, 1997 CBS Evening News, reporter Phil Jones huffed: “Republicans call this money ‘a direct slap at those brave young Americans who spilled their blood defending freedom.’ China is referred to as ‘Red China.’ Why not just call it ‘China’? Why ‘Red China’?”

The following are some of the major discoveries from that era and how they were or were not covered:

■ China’s Army Funds the Democrats. On April 4, 1999 the Asian fundraising scandal culminated in a Los Angeles Times report: Johnny Chung told Justice Dept. investigators that the chief of Chinese military intelligence gave him $300,000 to donate to the Clinton campaign. None of the broadcast networks touched this bombshell until Chung appeared before Congress on May 11, but even then the ABC and NBC morning shows and the CBS Evening News ignored him.

■ China Acquires U.S. Missile Technology. Beginning in April 1998, The New York Times reported the Chinese government had been given technological expertise that “significantly advanced Beijing’s ballistic missile program,” and the head of one of the offending defense contractors was the largest individual contributor to Democrats in 1996. The number of evening news reports on this story since April 1998? ABC: 7. CBS: 3. NBC: 2. ABC outnumbered these 12 pieces in a 24-hour period highlighting their Monica Lewinsky interview.

■ China Acquires U.S. Warhead Technology. One year after that discovery, The New York Times found that the Chinese government had stolen technology from U.S. nuclear labs that would help them miniaturize their nuclear warheads. In the first ten days the Big Three aired only 11 evening stories and six morning stories, then dropped the issue. The networks have since ignored several significant revelations and conducted only one morning show interview.

■ Clinton’s Denials Exposed. When pressed by print reports about whether he knew Chinese espionage was occurring on his watch, President Clinton claimed in two press conferences that he was told nothing about espionage occurring during his term. When new print reports revealed him to be lying, the networks again refused to give viewers the evidence.