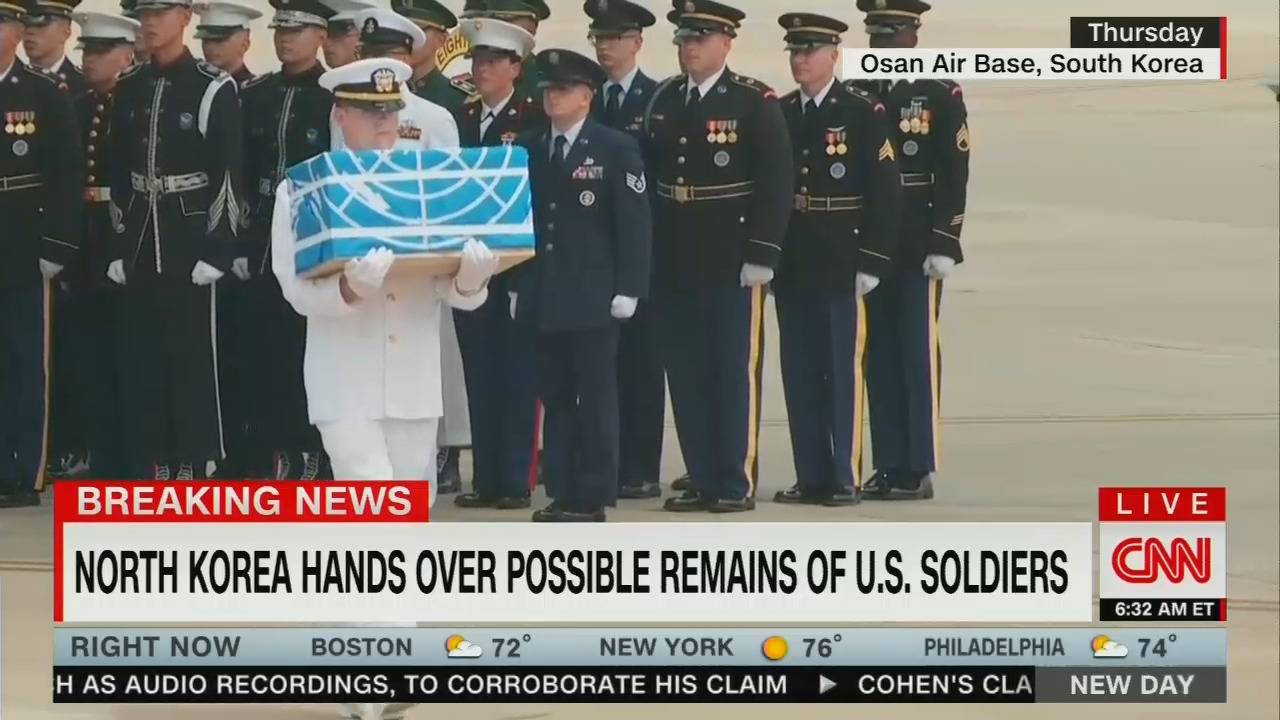 UPDATE, 6:58 p.m. Eastern: This post has been updated to provide more analysis of the Cohen coverage between the three cable networks.

Late Thursday into early Friday morning, the North Koreans handed over what purported to be remains of U.S. soldiers who went Missing In Action (MIA) during the Korean War. The handover came as a result of the June 12 Singapore summit between President Trump and murderous North Korean dictator Kim Jong-un.

If you were watching one of the Friday morning cable or broadcast networks, however, chances were you didn’t hear about it. A NewsBusters analysis found that 16 times more coverage was dedicated to former Trump lawyer Michael Cohen’s unverified allegation that then-candidate Trump knew in advance about the infamous June 9, 2016 Trump Tower meeting.

First on the cable network side, CNN’s New Day, FNC’s Fox & Friends, and MSNBC’s Morning Joe accounted for six minutes and 44 seconds on the remains of U.S. soldiers beginning their journey home (with just under half coming from FNC).

Contrast that with 140 minutes and 55 seconds of cable talk on the Cohen claim and it illustrated something entirely more significant (with 137 minutes and 15 seconds coming from CNN and MSNBC).

The reason? Almost 2 hours and 20 minutes on an unverified claim was astounding and a sign of how little CNN and MSNBC care about leaving their viewers in the dark on every single other story in the name of destroying the Trump presidency.

As for the broadcast network shows (ABC’s Good Morning America, CBS This Morning, and NBC’s Today), 3 minutes and 18 seconds were spent on news that’s likely to provide closure for droves of family members who lost loved ones in the war the ended 65 years ago. Reports state that 7,700 soldiers remain MIA with 5,300 thought to be in North Korea.

Add in 19 minutes 37 seconds of Cohen coverage from ABC, CBS, and NBC, and a similar pattern emerged that it was far more important for the “Big Three” to beat their viewers over the head with this Cohen claim in an attempt to show collusion between the Russians and the Trump campaign to steal the 2016 election from Hillary Clinton.

The Cohen obsession seen on CNN and MSNBC was even more pathetic when one looked at the North Korea coverage dedicated in its three hours of early morning programming with CNN’s Early Start and MSNBC’s First Look.

Astonishingly, those two shorter programs spent five minutes and five seconds more time on North Korea than CNN’s New Day and MSNBC’s Morning Joe, which have twice the amount of time to fill with news and analysis (six hours). This doesn’t include the eight minutes and three seconds on North Korea during FNC’s Fox & Friends First.

As for Cohen on Early Start and First Look, that total clocked out at 26 minutes and 27 seconds. 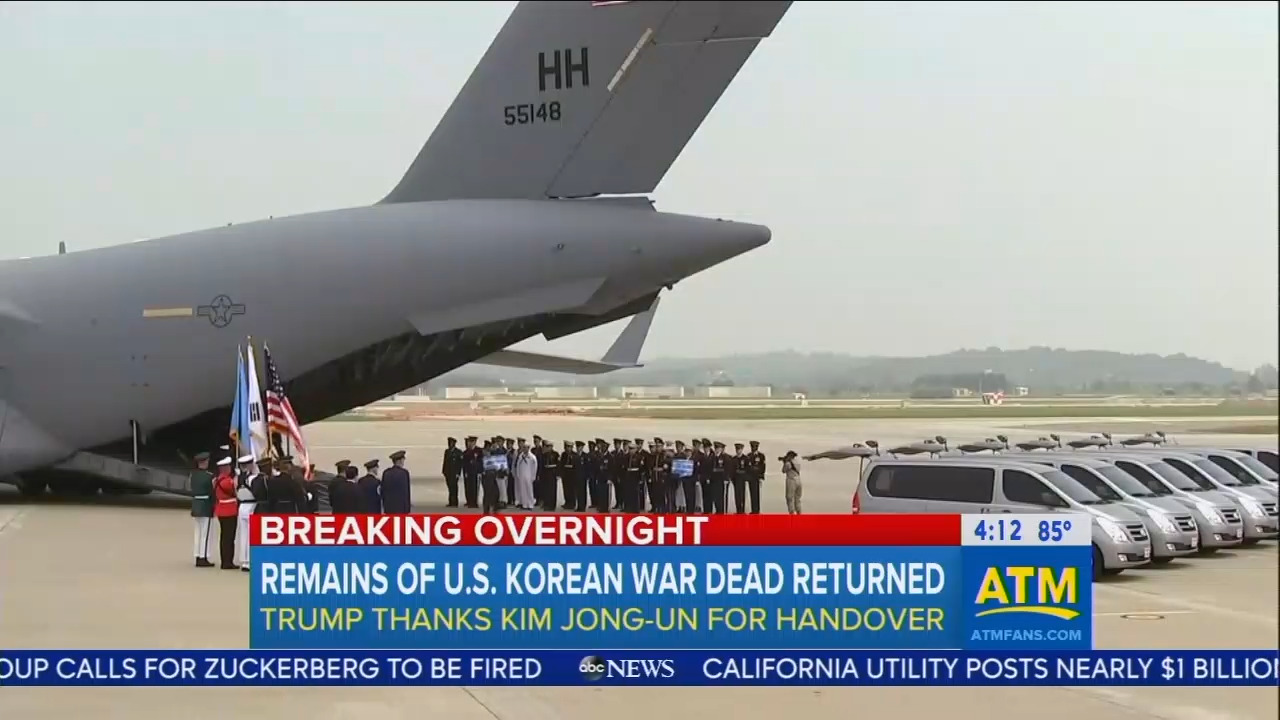 The early shows on ABC, CBS, and NBC combined for three minutes and 51 seconds on the North Korean transfer, which is 33 seconds more than the traditional morning newscasts which air hours later and serve as the traditional benchmarkers for MRC studies.

Even more embarrassing was the fact that these overnight shows are only 30 minutes each while the formal morning newscasts are two hours (and, no, we’re not counting the latter two hours of Today).

For the Cohen story, ABC’s America This Morning, the CBS Morning News, and NBC’s Early Today spent four minutes and 31 seconds, which is 40 seconds more than its North Korea coverage.