As part of its coverage on the deadly Tuesday shooting at a number of Fresno, California locations (including a Catholic charities building), the Associated Press (AP) Twitter account went into full spin mode on behalf of the alleged Muslim shooter, claiming in a tweet that he “shouted ‘God is great’ before killings” instead of, you know, Allahu Akbar.

Here’s the tweet in question from the AP (which, as of this writing, had yet to be deleted): 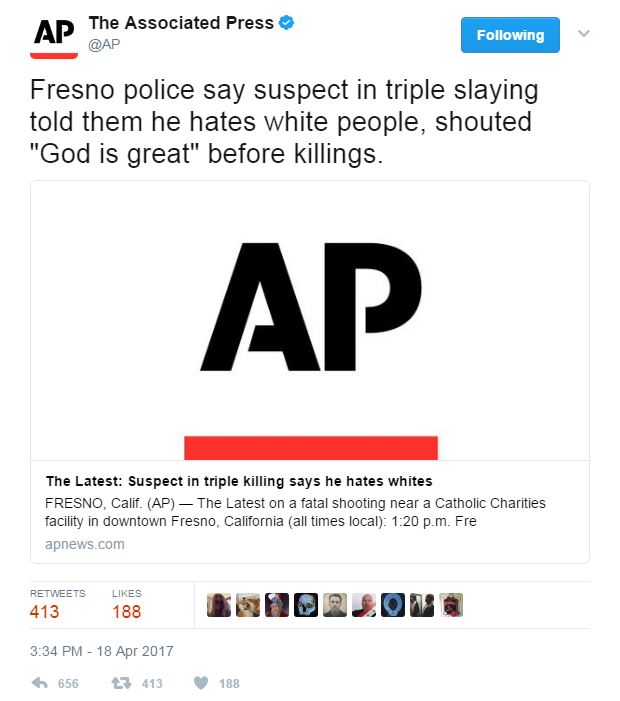 Now, how do we know that the AP lied to its 10.5 million followers in the name of political correctness? Hilariously, we’ll let their friends in the media do that for us: 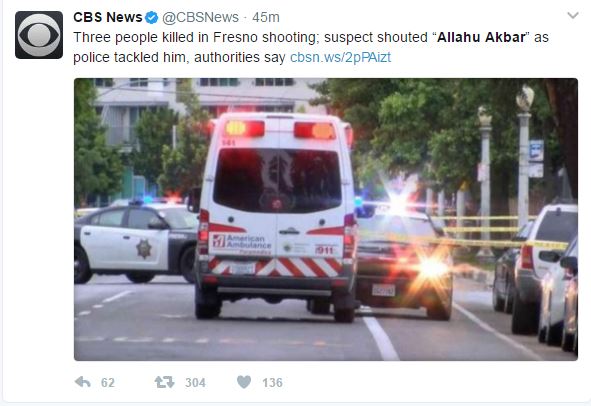 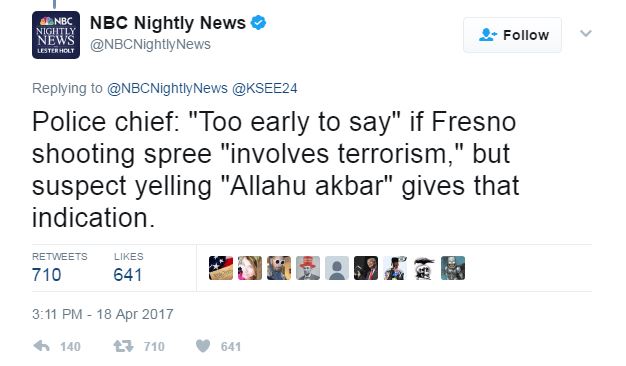 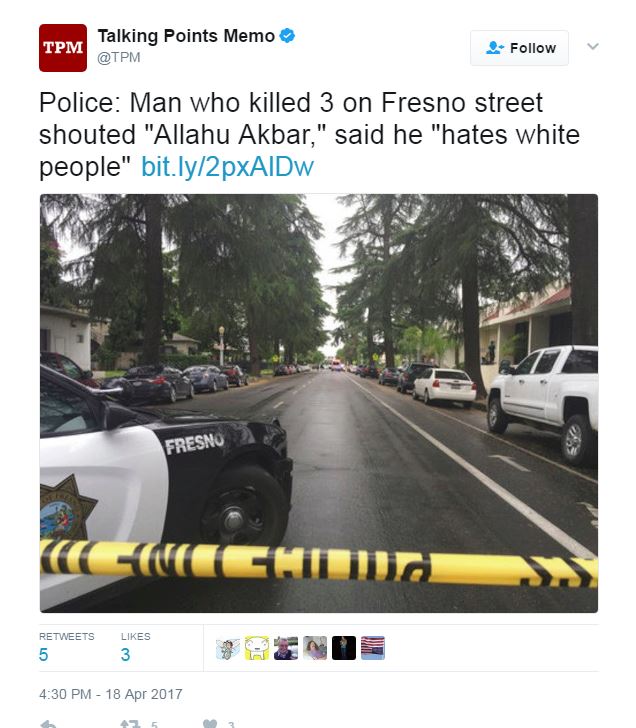 The backlash to the tweet was swift. Conservative writer Stephen Miller noted how the “AP is now a sponsored fact checker on Facebook now. But this is cool.”

“Problem with media credibility isn't what AP did. It's other journalists who just whistle on by when they see what AP did. AP tweeted out a blatant falsehood, most likely on purpose. Where are you firefighting factcheckers,” Miller added in two subsequent tweets.

The Federalist’s Sean Davis joked it was some “awesome journalisming” by the AP before noting later how “[d]eliberately altering an Islamic terrorist's direct words in order to obscure his motive is how you got Trump.”

“When the shooter shouts, ‘Allahu Akbar’ while targeting white victims at a Catholic Charties building, it is not a ‘random act of violence,’” author Brad Thor opined.

Here’s another side-by-side comparison offered up by The Daily Signal’s Caleb Ecarma: 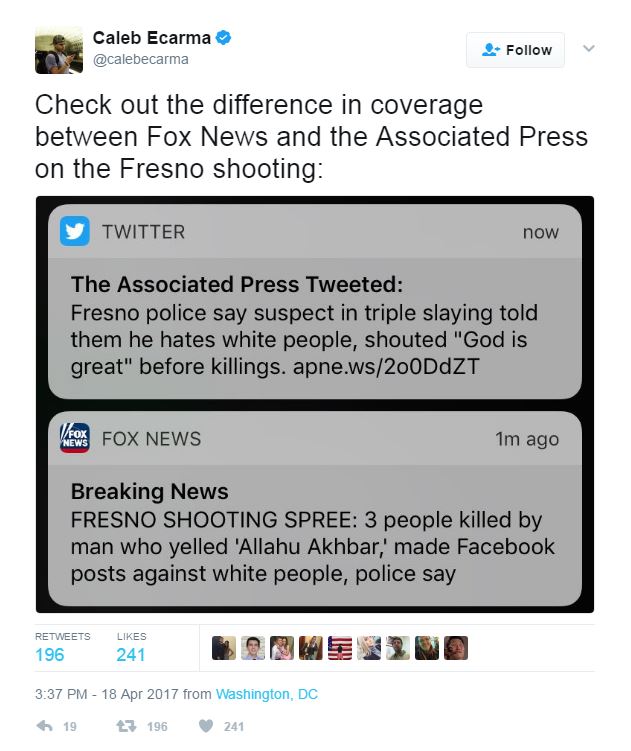 By their own accord, the AP is the main source of news for well over 15,000 outlets. Fresno’s police chief declined to rule out terrorism based on the “Allahu Akbar” statement, so one would think it’s important for the lead newswire service to get their facts right.

Trying to implicate God instead of Allah won’t serve the AP any good in the broader media’s ongoing attempts (albeit pathetic ones) to regain the trust of the American people. In fact, terribly biased examples like this will only further erode their credibility.