Pharrell Williams Hails Matthews: ‘There’s No One That Slices Through’ Spin ‘Better Than You’

Yes, folks, you read that headline right. Near the tail end of Wednesday’s Hardball, rapper Pharrell Williams lauded MSNBC host Chris Matthews for being someone Williams has “been watching...for years” because of “the way that you keep people straight” and slice through spin.

Williams was on-set with Matthews for a taped interview promoting the NASA-inspired film Hidden Figures along with the cast members portraying three African-American mathematicians when Williams ended the segment early to fawn over Matthews.

When Matthews informed Pharrell that his “music gets to even me” and that the film provided a great opportunity to showcase how “politics and culture are together,” Williams professed his deeply-seated love for the liberal pundit: “I was just going to say, you’re not Mr. Straight Arrow. We’ve been watching you for years.”

Williams’s fellow Hollywood stars agreed and he continued while a stunned Matthews took it all in: “And your interviews and the way that you keep people straight is amazing, and when people veer off and they don’t answer the question, there’s no one that slices through it better than you. That’s why they call it Hardball.”

After they all applauded Matthews, the Hardball host tossed to commercial break while repeating over and over that this praise was “not in the script” but he nonetheless appreciated it.

As both occasional and long-time NewsBusters readers would recognize, the notion that Matthews cuts through partisan spin and hammers his guests to stay on-message is rather amusing.

Seeing as how Matthews has a hard time controlling his own physical emotions for liberals like President Obama or uttering anything remotely cogent, perhaps celebrities should stay away from gushing over Matthews’s competency.

The relevant portion of the transcript from MSNBC’s Hardball on December 14: 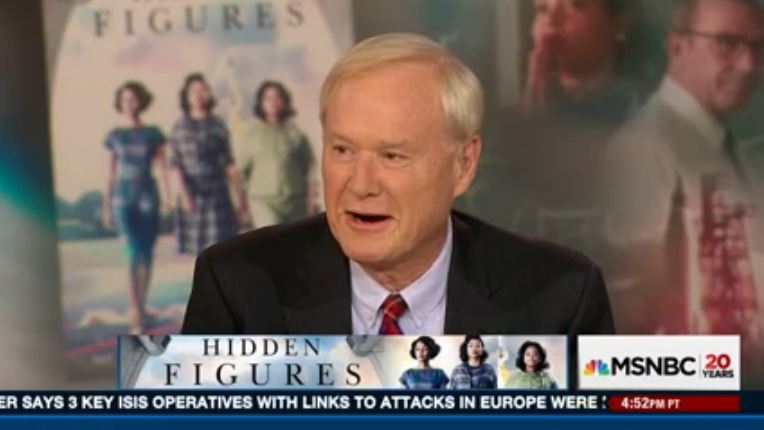 CHRIS MATTHEWS: Pharrell, the music gets to even me.

OCTAVIA SPENCER: And we get to keep the cups?

MATTHEWS: You can keep the mugs, we’re going to get you hats. This is a great opportunity, because I think this is — I said politics and culture are together.

WILLIAMS: By the way —

MATTHEWS: They’re the same thing. This collection, whatever you think of it, culture and politics are together. We got to put it all together. Merry Christmas to everybody. Happy New Year.

TARAJI P. HENSON: Thank you so much. 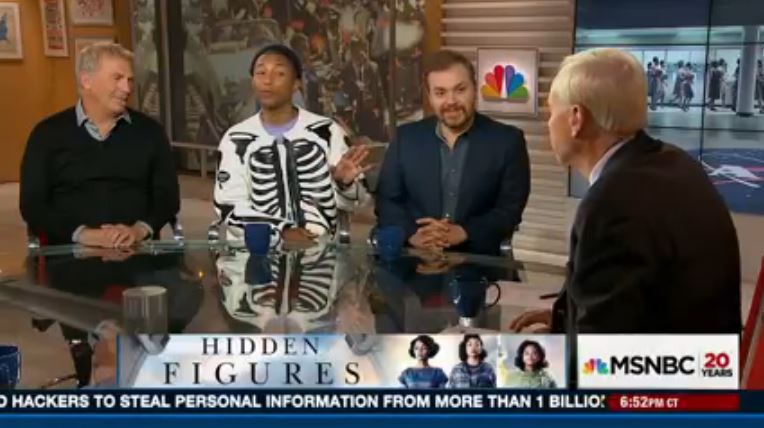 WILLIAMS: I was just going to say, you’re not Mr. Straight Arrow. We’ve been watching you for years.

WILLIAMS: And your interviews and the way that you keep people straight is amazing, and when people veer off and they don’t answer the question, there’s no one that slices through it better than you. That’s why they call it Hardball.