On Wednesday night, the major broadcast networks failed to cover the move by Senate Democrats earlier in the day to filibuster the bipartisan Syrian refugee legislation that had passed the House in November with the help of 47 Democrats that would have tightened restrictions to more thoroughly vet refugees from the war-torn region seeking to enter the U.S.

Overall, the vote failed to hit the 60 votes needed to overcome the fatal blow by Senate Democrats as the final tally was only 55 to 43.

While the networks saw no interest in highlighting what they likely would have deemed obstructionism if the roles in the Senate were reversed, it fetched airtime on all of the top three cable networks (CNN, FNC, and MSNBC) after the legislation failed.

One of the FNC shows that reported on this was FNC’s Your World as chief Capitol Hill correspondent Mike Emanuel told host Neil Cavuto that “Republicans argued this bill made sense to make sure the right screening procedures are in place.”

Emanuel added after a clip from Republican Senator John Cornyn (Tex.) that Democrats responded that “refugees from Syria and Iraq are not our enemies, ISIS is our enemy” and that the GOP were merely taking marching orders from Donald Trump:

Republicans countered by saying boosting confidence in our nation's vetting process is critical for our citizens just as it is critical for every refugee that needs our help. Democrats seem to want to bring 2016 presidential politics to the Senate floor. They pushed for votes on amendments on Donald Trump's call for banning Muslims from entering the country.

Despite its dim prospects, the bill was important to some lawmakers eager to show that they were responding to fears stemming from the Nov. 13 Paris terror attacks. At least one of the attackers entered France as part of the wave of Syrian refugees flowing to the continent.

The legislation would halt the U.S. resettlement program until the Federal Bureau of Investigation could certify that each refugee wasn’t a threat to the U.S. Background checks are currently largely run by the Department of Homeland Security, though it works with other agencies, including the FBI.

Senate Minority Leader Harry Reid (D., Nev.) had earlier said that Democrats would be willing to debate the legislation if Mr. McConnell allowed amendment votes, including one that would denounce Republican presidential candidate Donald Trump’s proposal to ban Muslims from entering the country.

The transcript of the segment from FNC’s Your World with Neil Cavuto on January 20 can be found below. 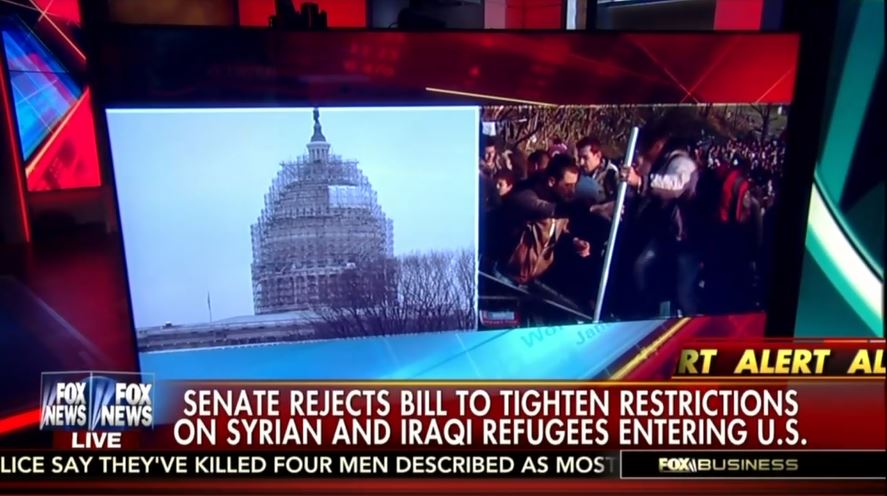 NEIL CAVUTO: Alright, well, the Senate rejecting a bill or at least approving by a wide margin, just not the ones that just break through a filibuster, to tighten refugee restrictions. This idea that we wanted to make sure anyone we're accepting into this country from Syria was adequately screened. Mike Emmanuel now from Capitol Hill. I don't know where this goes now but you tell me.

MIKE EMANUEL: Well, Neil, the vote was 55-43. It needed 60 votes to proceed. Republicans argued this bill made sense to make sure the right screening procedures are in place.

REPUBLICAN SENATOR JOHN CORNYN (Tex.): It apparently is the policy of this administration to do nothing about that and that's wrong. We need to, I think, regain the public's confidence in our immigration system, that we mean what we say and what we mean when it comes to our immigration law.

EMANUEL: Democrats argued refugees from Syria and Iraq are not our enemies, ISIS is our enemy. Republicans countered by saying boosting confidence in our nation's vetting process is critical for our citizens just as it is critical for every refugee that needs our help. Democrats seem to want to bring 2016 presidential politics to the Senate floor. They pushed for votes on amendments on Donald Trump's call for banning Muslims from entering the country. The Senate's top Democrat sounds preoccupied about Donald Trump. 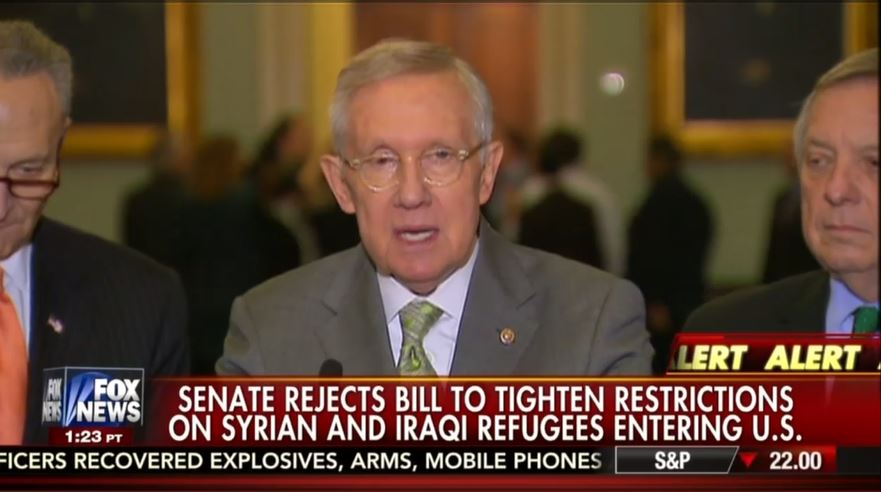 SENATE MINORITY LEADER HARRY REID (D-Nev.): This bill is just another step in the absolute wrong direction, the direction of Don Trump. Democrats are committed to opposing the hateful views of Trump and his Republican enablers.

EMANUEL: I should note the three Senate Republicans running for president, Cruz, Rubio, and Paul, all voted in favor, but it was not enough. Neil?