The New York Times presents culture as always started by troglodyte Republicans. The off-lead front page story on Saturday was headlined “Republicans Sharpen Post-Roe Attacks on L.G.B.T.Q. Rights.” National correspondent Bertram Gabriel III (okay, he goes by Trip Gabriel) started by whining about a Michigan gubernatorial debate for Republican candidates: “None of the five candidates came to the defense of same-sex marriage.” That counted as “anti-gay rhetoric” at the excitable Times:

Since the Supreme Court decision last month overturning Roe v. Wade, anti-gay rhetoric and calls to roll back established L.G.B.T.Q. protections have grown bolder. And while Republicans in Congress appear deeply divided about same-sex marriage -- nearly 50 House Republicans on Tuesday joined Democrats in supporting a bill that would recognize same-sex marriages at the federal level -- many Republican officials and candidates across the country have made attacking gay and transgender rights a party norm this midterm season. 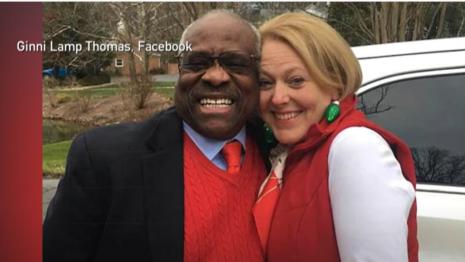 In Utah, the Republican president of the State Senate, Stuart Adams, said he would support his state’s joining with others to press the Supreme Court to reverse the right of same-sex couples to wed. In Arizona, Kari Lake, a candidate for governor endorsed by Donald J. Trump, affirmed in a June 29 debate her support for a bill barring children from drag shows -- the latest target of supercharged rhetoric on the right.

Some Democrats and advocates for L.G.B.T.Q. communities say the Republican attacks have deepened their concerns that the overturning of Roe could undermine other cases built on the same legal foundation -- the right to privacy provided in the Fourteenth Amendment -- and lead to increases in hate crimes as well as suicides of L.G.B.T.Q. youth.

“The dominoes have started to fall, and they won’t just stop at one,” said Attorney General Dana Nessel of Michigan, a Democrat who was the first openly gay person elected to statewide office there. “People should see the connection between reproductive rights, L.G.B.T.Q. rights, women’s rights, interracial marriage -- these things are all connected legally.”

Gullible liberal Gabriel didn’t push back on Nessel’s bizarre suggestion that interracial marriage was under threat. The alleged threats to liberty pushed through in various states actually sound pretty mainstream.

This year, Republican-led states have already passed numerous restrictions on transgender young people and on school discussions of sexual orientation and gender.

In June, Louisiana became the 18th state, all with G.O.P.-led legislatures, to ban transgender students from playing on sports teams that match their gender identity. Laws to prohibit transitioning medical treatments to people under 18, such as puberty blockers, hormones and surgeries -- which advocates call gender-affirming care -- have been enacted by four states….

Apparently, those commonsense ideas are meant “to restrict LGBTQ rights.” And parents who don’t want to have teachers talk about their sex lives are homophobes.

Officials and television commentators on the right have accused opponents of some of those new restrictions of seeking to “sexualize” or “groom” children. Grooming refers to the tactics used by sexual predators to manipulate their victims, but it has become deployed widely on the right to brand gay and transgender people as child molesters, evoking an earlier era of homophobia.

Gabriel loathes conservatives who fight back in the culture wars, as shown in his hostile April 2022 profile of Christopher Rufo, who has publicized myriad accounts of critical race theory indoctrination via leaked documents and video clips.