NY Times: American Flag Has Been Hijacked By Red Staters 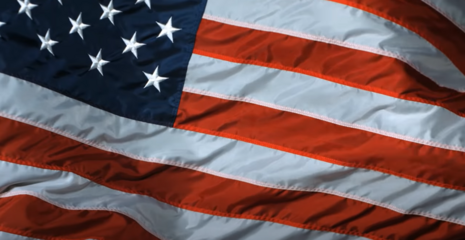 New York Times columnist Margaret Renkl may be based in Nashville, but she’s as contemptuous of Trumpers and Red Staters as any of the paper’s Manhattan-based writers, as shown in her latest self-important trashing of an American holiday: “The American Flag Belongs to Me, Too, and This Year I’m Taking It Back.”

She reminisced how in her younger days, “We were all proud to be Americans, even if we didn’t agree about which aspects of our sprawling, messy democracy merited pride.”

Not anymore though, with Old Glory now hijacked by the Red Staters, in all their irredeemable tackiness.

Take a drive through any red state, and you will see American flags flying above truck stops, dangling from construction cranes, stretched across the back windshields of cars, emblazoned on clothing and, of course, waving from front porches -- and not just on the Fourth of July. “The sheer volume of American flag paraphernalia that white people seem to own boggles my mind,” tweeted the Times columnist Tressie McMillan Cottom last month. “I assume it just sort of flows to them & they aren’t buying all of it? I’m not sure.”

I’m pretty sure white people are buying this stuff.

But not all of us. Old Glory has become such a strong feature of Trump rallies that many liberals have all but rejected it, unwilling to embrace the symbol of a worldview that we find anathema….

The majority of Americans did not want the Court to overturn Roe. They don’t want to be surrounded by guns. They are deeply worried about climate change. With these Supreme Court rulings, the law of the land no longer reflects the will of the people who live here. 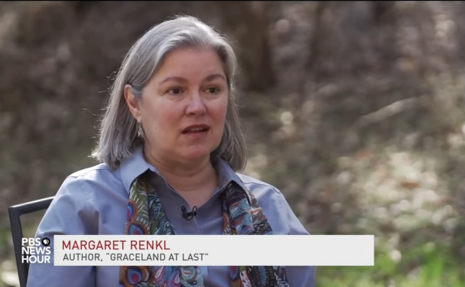 But it isn’t the Supreme Court’s job to reflect current polling data, but to preserve states’ rights and individual freedoms. The overruling of Roe v. Wade means that from now on, abortion laws will reflect the will of the legislatures and citizens of the various states.

Renkl let her contempt show through.

I am struggling terribly with this reality. I have staked my entire worldview on the belief that people are mostly good, even when we don’t agree with one another, but I find myself now fighting a raging internal battle not to hate everyone whose decisions, large and small, have led to this political moment.

Renkl described being outside the Supreme Court when in 2015 when it announced its decision that gay marriage was a constitutional right. It reveals how contingent love of country is to liberals: America is worth celebrating to the extent its governmental branches are making decisions they approve of.

I will also never forget what happened next: The jubilant crowd began to sing the national anthem.

….This is my country, too, and I will not surrender it to a vocal minority of undemocratic tyrants.

So this Fourth of July weekend, my husband and I have hung up an American flag again for the first time in years. It’s right next to the front door, and it does not symbolize MAGA lies or MAGA tyranny….

Beside Renkl's American flag flies the Pride flag, of course.

This isn’t the first national holiday Renkl has marred with obnoxious commentary. Her Memorial Day 2021 column condemned her fellow Americans for “refus[ing] to give up social gatherings.” Yet she previously hailed the public protests after George Floyd’s killing!