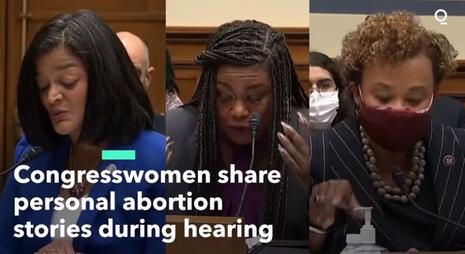 The New York Times, which is all about “following the science” when it comes to strict measures against Covid, readily tosses basic biology and anatomy aside to pretend women aren’t the only gender than can get pregnant, so as not to offend radical transgenders.

“Breastfeeding Or Pregnant? Get Vaccine, C.D.C. Urges,” by reporter Roni Caryn Rabin, appeared in Thursday’s edition. The online headline left off “women” in favor of the ridiculous “breastfeeding people”: “C.D.C. Pleas for Pregnant or Breastfeeding People to Get Vaccinated.”

In an urgent plea, federal health officials are asking that any American who is pregnant, planning to become pregnant or currently breastfeeding get vaccinated against the coronavirus as soon as possible.

Covid-19 poses a severe risk during pregnancy, when a person’s immune system is tamped down, and raises the risk of stillbirth or another poor outcome, according to the Centers for Disease Control and Prevention. Twenty-two pregnant people in the United States died of Covid in August, the highest number in a single month since the pandemic started.

Some data also suggest that pregnant people with Covid-19 are more likely to experience conditions that complicate pregnancy -- such as a kind of high blood pressure called pre-eclampsia -- compared with pregnant people who don’t have Covid. Pregnant people with the disease are also at increased risk for poor birth outcomes, like preterm birth.

A similar evasion of biological reality occurred in a May 2021 story about puberty blockers by Lena Wilson.

Typically, in puberty, gonadotropin-releasing hormone helps to produce follicle-stimulating hormone (FSH) and luteinizing hormone (L.H.). In people assigned female at birth, these hormones prompt the ovaries to make estrogen, which promotes processes like breast growth and menstruation. In people assigned male at birth, they prompt the testes to make testosterone, which promotes processes like facial hair growth and a deepening of the voice.

But oddly, when it comes to abortion, Rabin and her colleagues feel free to mention “women" all day. Perhaps some ideological muscle memory is at work, with reporters so used to portraying abortion restrictions as old white males imposing legislation against women that that obsolete man/woman binary emerges automatically and they forget to overlay their reporting with proper politically correct phrasing like "pregnant people."

Rabin herself explained the Texas abortion law in early September and blithely piled on references to pregnant women.

Undocumented women cannot travel easily around the state to get access to care, she added, and women with chronic illnesses can find a pregnancy life-threatening.

Sheryl Gay Stolberg also had no qualms about noting the obvious in Friday’s edition -- that only women get pregnant -- when pushing the pro-choice story told by Rep. Cori Bush during a congressional hearing

….The hearing before the House Committee on Oversight and Reform reflected a sharp cultural divide, with Republicans accusing Democrats of “glorifying and normalizing” abortion, and Democrats making their point -- that abortion is a decision best left to women and their doctors -- in matter-of-fact terms.