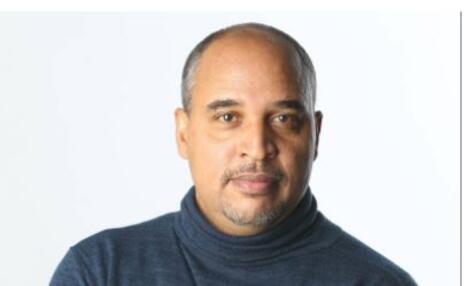 The New York Times’ most cringeworthy columnist these days doesn't appear in the news section, although Paul Krugman and Charles Blow do provide stiff competition each week. It’s actually the paper’s Sports of the Times scribe, Kurt Streeter.

Streeter previously railed against college and pro sports not shutting down for fear of Covid. The games went on, and the teams competed safely, making such precaution look like paranoia. After next taking his sports expertise to call for the banning of Native American team nicknames, he’s turned his all-encompassing expertise to the abortion issue.

Streeter is burnishing his feminist credentials by seeking out female athletes who signed a brief to the Supreme Court after Texas passed a restrictive abortion law, “Why Scores of Female Athletes Are Speaking Out on Abortion Rights.”

Crissy Perham had never spoken publicly about her choice.

In 31 years, Perham, a three-time Olympic medalist, told only a handful of people what it was like to be pregnant as a struggling college sophomore and decide to have an abortion. She kept quiet about the freedom and the second chance that ending her pregnancy gave her. Kept quiet about how it helped pave the way for a swimming career and the success she experienced once it was over.

But now, she said, speaking up is a must.

I sought out Perham because she was one of more than 500 female athletes who filed a startling brief to the Supreme Court last week, a bold show of support for reproductive rights in a pending case that could lead to the dismantling of Roe v. Wade, the 48-year-old high court ruling that legalized abortion in every state.

The court brief, as described by Streeter, sounds utterly dismissive of the idea that there is another human life involved. Instead, the focus remained fixated on how aborting a baby it will serve the women’s athletic careers. (The possible dangers of carrying a baby have certainly been defined down from “protecting the life of the mother.”)

The brief’s primary claim? If women do not have the option of abortion, their lives could be disrupted and they will not thrive in sports at levels we’ve grown accustomed to -- levels witnessed recently at the Tokyo Olympics, in the W.N.B.A. playoffs and the U.S. Open tennis tournament in New York. Having the ability to say when or whether to become mothers directly connects to a key ingredient that has fueled the broad success of women in high-level sports: the ability to control, nurture and push the body to its limits, without breaks of months or years, and without the sometimes permanent physical changes that pregnancy can cause.

Streeter sees personal athletic success as the only thing worth celebrating, and anything that gets in the way can be literally thrown away.

She spoke of the waves of raw fear she felt upon finding that the birth control pill she had been taking failed. She remembered realizing she didn’t have the maturity to raise a child, nor the means. Deep in her bones, she knew having a baby would derail the athletic dreams that had defined her for years.

He went above and beyond his pro-abortion duties, giving a shoutout to the tax-funded abortion megaplex Planned Parenthood.

But Perham told me about driving alone through Tucson on a morning in January 1990 to a low-slung Planned Parenthood and being greeted by steady, nonjudgmental medical staff members who performed the abortion with care.

Streeter also indulged in feminist pandering September 20 in a whiny column berating supposedly liberal Seattle residents for not wearing jerseys from their local WNBA team (that would be the Seattle Storm).