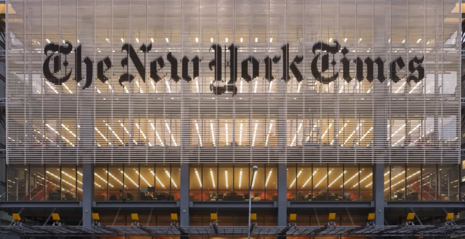 In late July, Andrew Torba, the chief executive of the alternative social network Gab, claimed without evidence that members of the U.S. military who refused to get vaccinated against the coronavirus would face a court-martial. His post on Gab amassed 10,000 likes and shares.

Alba listed a few more examples then summed up her warning, blaming social media, and not the CDC’s own mixed messages, for “vaccine hesitancy”:

Coronavirus misinformation has spiked online in recent weeks, misinformation experts say, as people who peddle in falsehoods have seized on the surge of cases from the Delta variant to spread new and recycled unsubstantiated narratives.

But Alba’s examples of “misinformation” seemed a lot like predictions and opinions, not falsehoods. For example:

Though military leaders have pushed to vaccinate troops and Defense Secretary Lloyd J. Austin will seek to mandate coronavirus vaccines by September, there is no evidence that the military plans to court-martial troops who do not get vaccinated.

Well, Politico and Time magazine don't seem so confident that will hold up, with the latter outlet saying:

Currently, active-duty military members are subjected to upwards of 14 mandatory vaccines, depending on where they serve….Those who refuse may face discipline, including a court-martial. 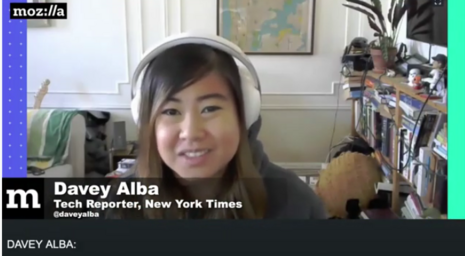 And where’s the “misinformation” in the religious debate below?

One of the documents made use of an old antivaccine talking point that aborted fetal cell lines were used in the development of the Covid-19 vaccines -- but Catholic and anti-abortion groups have said the vaccines are “morally acceptable.” The documents reached up to 2.2 million followers on Facebook, according to CrowdTangle data.

The Times, as it’s done before, outsourced research to a left-wing organization in order to bolster its dubious argument.

Media Matters for America, a liberal watchdog group, found over 200 public and private Facebook groups, with around 400,000 members, that were dedicated to antivaccine discussion. The groups, which The Times reviewed, added 13,000 members in the last seven days, according to Media Matters.

After letting a Scooby Doo meme off with a warning, Alba used an intemperate internet comment (surely the first one ever!) to declare criticism of China’s behavior as “unfounded.”

But like the comments on many of the other pages, those beneath the Scooby Doo item did contain unfounded claims. They also included calls to violence.

“China is completely to blame,” one comment said. “We’re going to have to fight them eventually, so I advocate a preemptive nuclear strike.”

And yet: China is in fact completely to blame for spreading the virus and for its official state lies and suppression early on that caused it to spread beyond China’s borders and kill millions.

On Monday evening, Ms. Greene said on Twitter, “The FDA should not approve the covid vaccines.” She said there were too many reports of infection and spread of the coronavirus among vaccinated people, and added that the vaccines were “failing” and “do not reduce the spread of the virus & neither do masks.”

It sounded a bit like this Times tweet from late July, tied to a story by the paper’s alarmist Covid correspondent Apoorva Mandavilli:

The Delta variant is as contagious as chickenpox and may be spread by vaccinated people as easily as the unvaccinated, an internal C.D.C. report said.

Incidentally, former Times stat guru Nate Silver, a mainstream liberal, has criticized Mandavilli for her reporting and also for the paper’s framing of her reporting, as noted by former Times correspondent Joe Nocera.