The Times probably didn't want the Fatal Attraction echo that headline might cause. 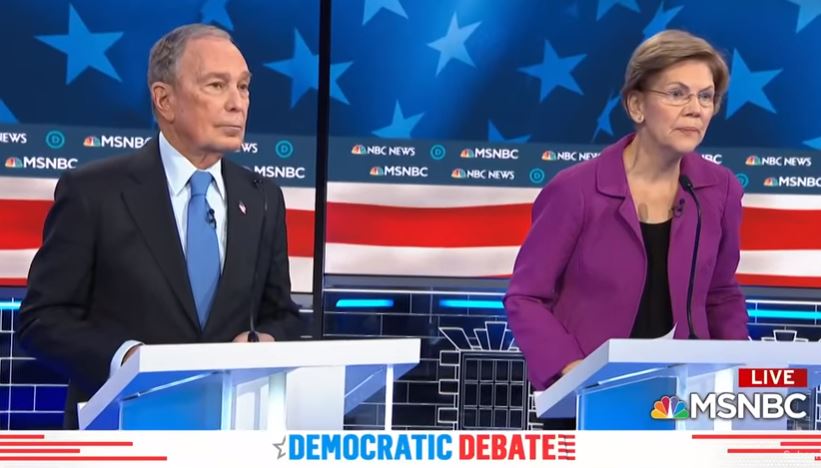 Senator Elizabeth Warren of Massachusetts took the stage Wednesday night in Las Vegas with one task: to reassert herself in a race where attention had slipped away from her. And she did not wait to be called on.

From the first minutes of the Democratic debate, when she leapt into an exchange about general-election appeal and went forcefully after Michael R. Bloomberg’s record of sexist comments, Ms. Warren made two things clear: She would not be ignored, and she would not hide her anger, so often a liability for women in politics.

Her performance seemed, at least in the immediate aftermath, to shift the conversation surrounding Ms. Warren after she finished third in the Iowa caucuses and fourth in New Hampshire. Her allies noted that despite finishing ahead of former Vice President Joseph R. Biden Jr. in both contests, and polling higher nationally than former Mayor Pete Buttigieg of South Bend, Ind., she received less news coverage in the past week than either of them.

She raised her hand and interjected immediately after Senator Bernie Sanders of Vermont answered the opening question....

“I’d like to talk about who we’re running against: a billionaire who calls women fat broads and horse-faced lesbians,” Ms. Warren said. “And no, I’m not talking about Donald Trump. I’m talking about Mayor Bloomberg.”

Even before the debate had ended, some commentators -- including the conservative Washington Post columnist Jennifer Rubin and the actor Ken Olin -- were criticizing Ms. Warren as “mean,” “angry” and “nasty.”

But others saw it quite differently.

“I’ve never seen anything like that on a presidential stage from a woman — it was mind-blowing,” Rebecca Traister, a writer for New York magazine and the author of Good and Mad: The Revolutionary Power of Women’s Anger, said in an interview afterward. “Look, I found it exhilarating and historic, but there’s no question that it’s a risk.”

Although Rubin for some reason insists on labeling herself a “conservative opinion writer” on her Twitter feed, she has not penned much remotely conservative since Donald Trump arrived on the scene. And even though Traister is a liberal feminist journalist, Astor didn't provide any labels, just let Traister have the final word on Warren

Astor even found an unlabeled radical credibly accused of anti-Semitism for another pro-Warren shout-out.

For some women, it was thrilling to see Ms. Warren express what they said was the same pent-up rage they felt. Even Linda Sarsour, a prominent surrogate for Mr. Sanders’s campaign, tweeted after Ms. Warren’s first attack on Mr. Bloomberg: “Warren already won this debate. MY GOD.”

Astor previously falsely claimed that words like abrasive, shrill, and unlikeable are rarely used to describe male politicians, ignoring the contents of her own newspaper.

For many women, it was also just thrilling to see a woman onstage expressing that anger openly and unapologetically. "It was cathartic as hell to see a woman be angry and passionate and comfortable with her anger," @amandalitman said.https://t.co/Q7Kijexj67